What is a fallacy?

A fallacy is a kind of error in reasoning. Logical fallacies are like landmines; easy to overlook until you find them the hard way. 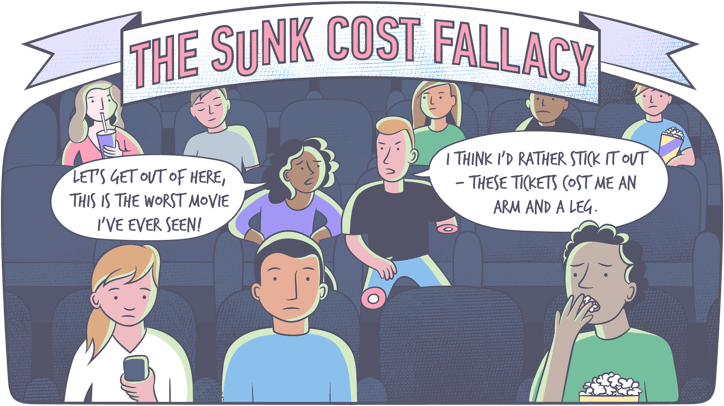 Individuals commit the sunk cost fallacy when they continue a behavior or endeavor as a result of previously invested resources (time, money or effort) (Arkes & Blumer, 1985).

For example, ordering too much food at a restaurant and then to over-eat just to “get your money’s worth”.

Research suggests that rats, mice and humans are all sensitive to sunk costs after they have made the decision to pursue a reward (Sweis et al., 2018). 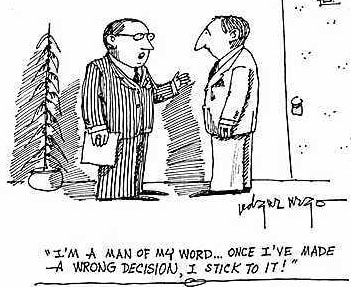 Say you are doing a job, where it is becoming more and more clear to you everyday that this is not working for you but we figure that we have already spend many years preparing for this job and spend much time and money in getting the degree that we may as well stick with it. We don’t want all our time, money and effort to be wasted.

Here, the time, money, effort along with other things that have been spend pursuing the task so far is called the sunk cost. And the sunk cost fallacy is making a decision about your future actions not based on what outcome you think is going to be the best going forward but instead on a desire not to see your past investments go to waste. 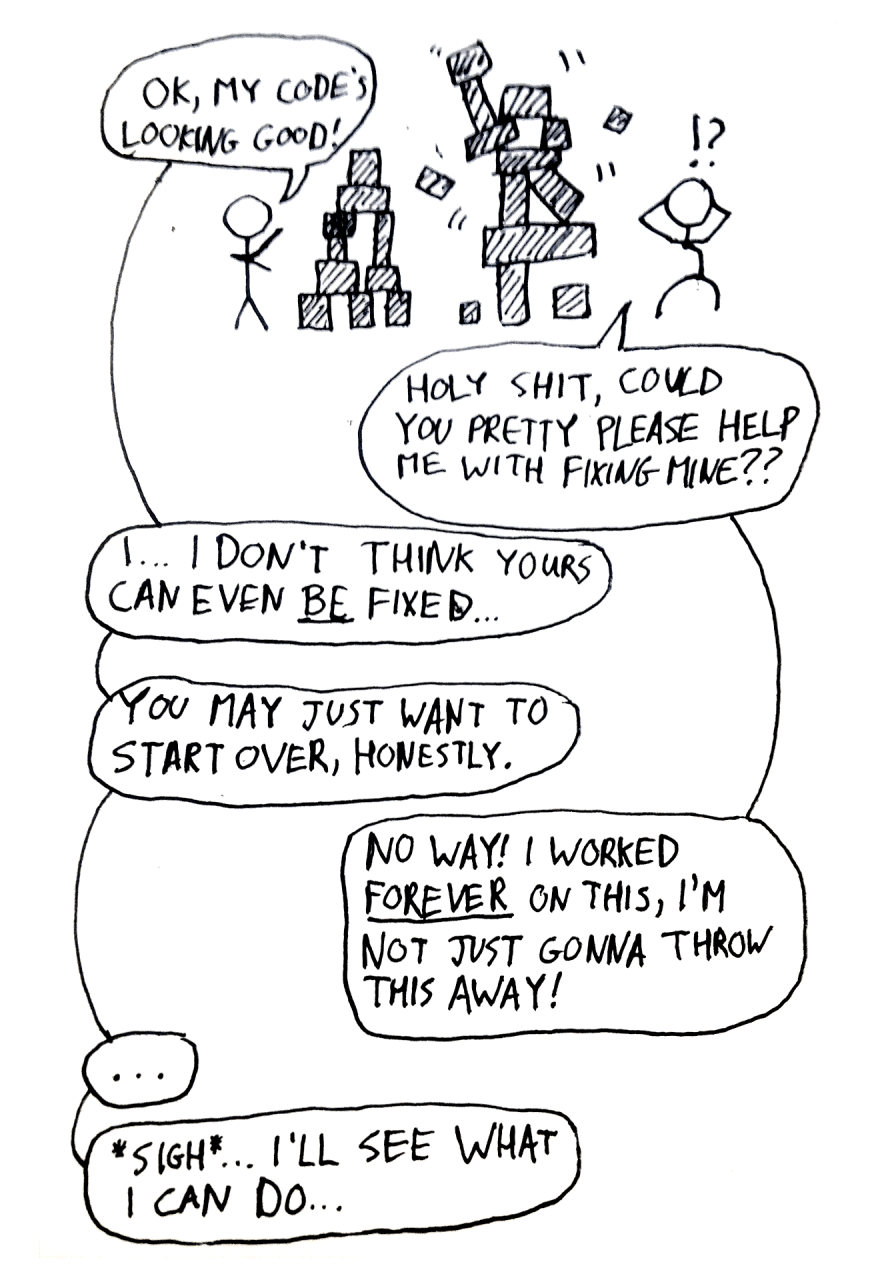 The sunk cost fallacy if often times what makes people stay in a marriage after it has become sour, or pursue an educational stream even though they don’t find it working for them.

It is also why the losing side in wars often fights long past the point at which the victory of the other side is certain, and only a matter of time. The sunk cost fallacy is also what sometimes leads startups to double their efforts when a competitor has taken monopoly over the market, instead of cutting their losses there and then. 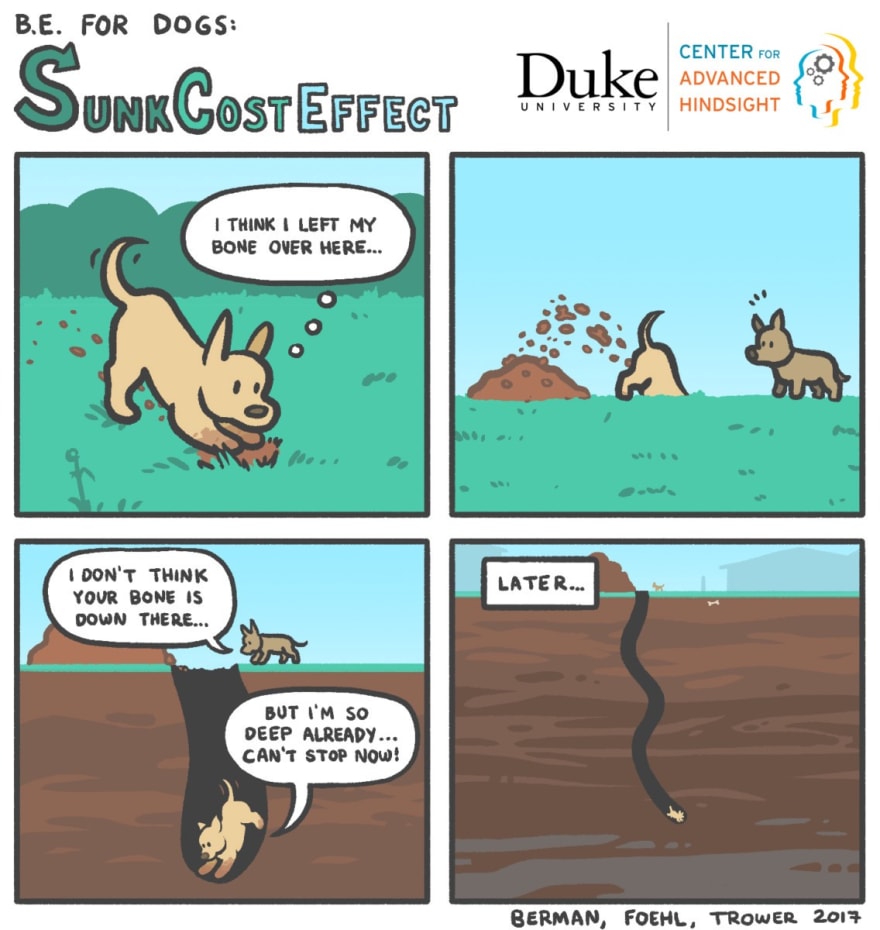 In my case, earlier when I wasn’t enjoying a book I was reading even after the first 100 pages or so and didn’t think it would get any better, I would still try and finish the book, because I had already spent time reading those 100 odd pages.

It is not easy to make an alternate decision when the sunk costs are very high because sunk cost in painful but at least having the sunk cost fallacy on my radar can help in maybe sometimes pushing past that and making the choice that would lead to a better outcome. 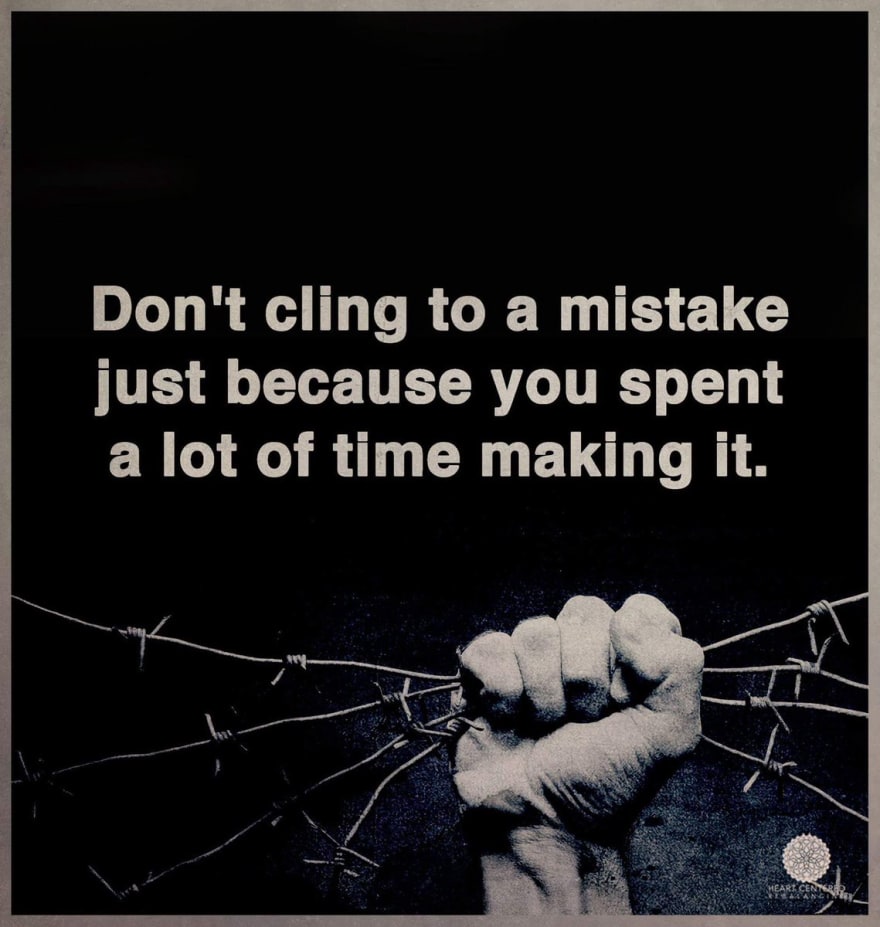 A Nice Developer Joke For Today

How to find the topic of the technical presentation

Saloni Goyal
Extremely curious.
Why I Write And Why I Think You Should Too
#watercooler
Software Developer Job Description (remote work edition)
#watercooler #job #git #career
How did you fall in love with programming?
#watercooler #programming #sport #adventure

Once suspended, blender will not be able to comment or publish posts until their suspension is removed.

Once unsuspended, blender will be able to comment and publish posts again.

Once unpublished, all posts by blender will become hidden and only accessible to themselves.

If blender is not suspended, they can still re-publish their posts from their dashboard.

Once unpublished, this post will become invisible to the public and only accessible to Saloni Goyal.

Thanks for keeping DEV Community 👩‍💻👨‍💻 safe. Here is what you can do to flag blender:

Unflagging blender will restore default visibility to their posts.