Hang on, lads. I've got a great idea.

So you've run out of Netflix TV shows to watch, YouTube algorithm is now showing videos like Man eats 87 SpongeBob stickers in an alley and you learned a little bit about that Facebook JavaScript library while in lockdown?
Then it's time to REACT and land a job so you can buy that AppleTV subscription that will get you fired, but eh, at least it will last few months because they’re kinda killing it lately with movies and tv shows.

You are gonna build ...wait for it...wait...just a little bit... app that fetches list of data and displays it to the user in a nice way. Yeah the classic I know, but the companies really dig it, especially if you use some nice css library and interesting API with it.

Take a piece of paper, grab a pen and draw this: 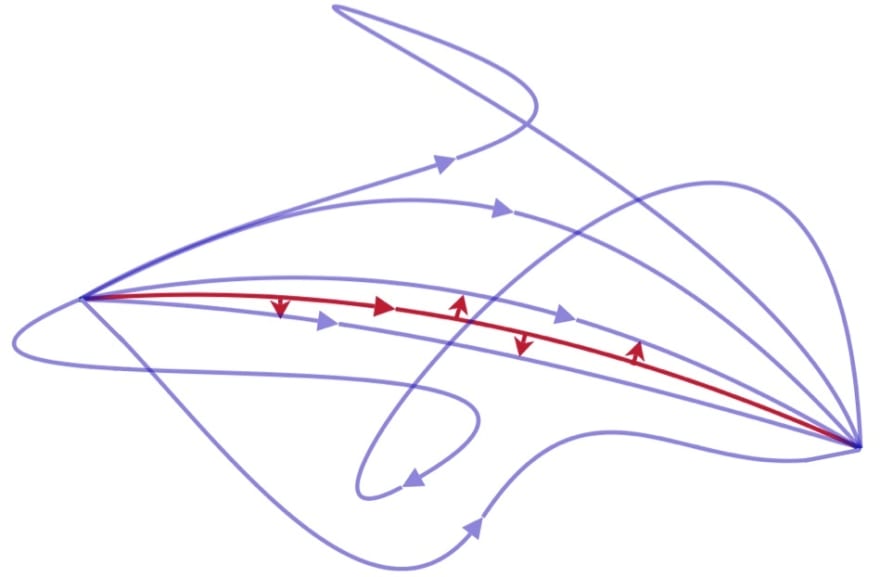 This graph represents principle of Least action on the most complicated equation in the world. But also it's the symbol of our lazy, the least possible action needed mission. So let me introduce you to another graph, GraphQL. It's newer, better, faster and most importantly sounds smart and fancy, query language for APIs. To summarise even more, it replaces REST API.

Chapter Three: The Next Episode

“The Next Episode” was released as the third single from Dr. Dre’s 2001 and features his frequent Dogg Pound collaborators Snoop Dogg, Nate Dogg and Kurupt. The single peaked at #23 on the US Billboard Hot 100 chart, while achieving platinum status.

Single that will make our status platinum is called Next.js. New, shiny, talented kid on the block, wonderkid, the NEXT big thing. It's the final touch to our mission. It will leave your interviewers speechless. Next.js is a minimalistic framework for server-rendered React applications as well as statically exported React apps. If it sounds complicated, lazy step one will explain all.

Carl Hanratty: How did you do it, Frank? How did you cheat on the bar exam in Louisiana?
Frank Abagnale Jr.: I didn't cheat. I studied for two weeks and I passed.
- Catch Me If You Can (2002)

Don't lie to yourself, these are the things you now know besides React, HTML and CSS:

Go on now, apply for the jobs, get one, earn paycheck or two, buy consuming content and subscription, get fired and repeat the process :)

Once unpublished, this post will become invisible to the public and only accessible to Valentin Vuk.