Hope you read about What browsers are doing when you make a request for a resource and How do browsers make websites because today we are going to continue this series with How Browsers communicate.

We already established that there are no set rules when dealing with the web but then how are browsers are to communicate?

Browsers communicate using "protocols"... Or really any network based communications use protocols.
Protocols are a, loosely followed, set of rules that say how routing and addressing packets of data is done to allow two or more entities to share information. 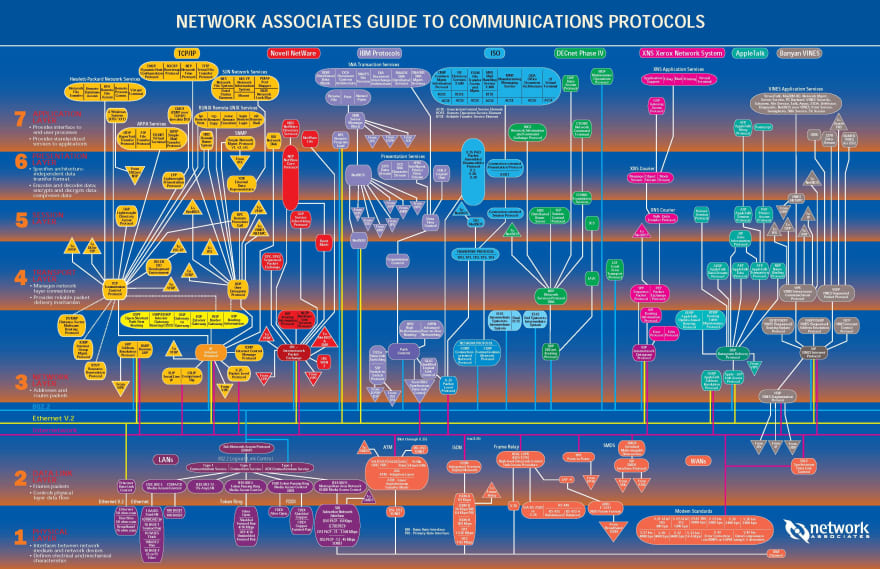 The IPS is a conceptual model and suite of communications protocols (or "stack of protocols") used in the Internet to provide end-to-end data communication and specifying how data should be packetized, addressed, transmitted, routed, and received.

The foundational protocols in the suite are the Transmission Control Protocol (TCP) and the Internet Protocol (IP); and thus it is commonly referred to as simply the TCP/IP Suite.

The Internet Protocol (IP) is generally considered the base protocol that all other Internet based protocols sit on top of, is the first to be interacted with when data is received, and introduces the "virtual network abstraction that is the basic principle of the Internet model." (1) 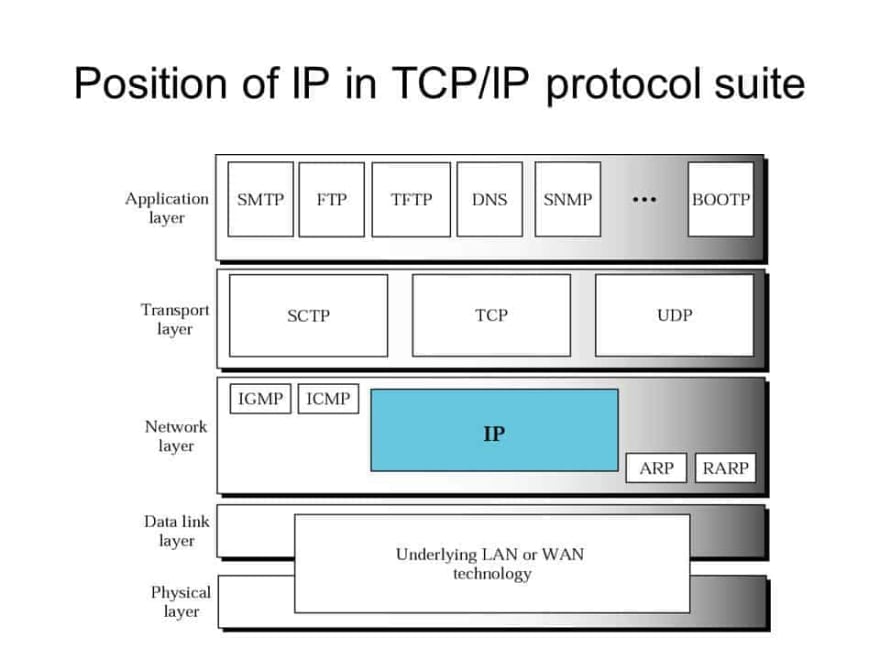 At the very basics level, the Internet Protocol uses a "Internet Datagram" to exchange data though specified encapsulation and lacks any functionality for error handling when datagrams are either duplicated, lost, or arrive to the remote host in another order than they were sent.

The TCP (Transmission Control Protocol) and UDP (User Datagram Protocol) protocols that sit on top of the Internet Protocols in the "Transport Layer" of the TCP/IP Model.

Note:: There are a few other protocols at this level, but TCP and UDP are the most commonly used.

UDP
The UDP is an end-to-end communications protocol that contains just enough information to transfer a "user datagram" from one process on the transmitting host to another process on the receiving host.

Much like IP though, UDP is an connectionless, unreliable service that transfers data before any agreement is provided by the receiving party. Because of this UDP is primarily used for low-latency(low-delay) and loss-tolerating connections such as voice over Internet Protocol (VoIP), domain name system (DNS) lookup, and video or audio playback.

TCP
The TCP (Transmission Control Protocol) is a reliable, stream oriented service for connection of application layer software with a service. Because TCP was one of the first network implementations that complemented the IP, it is commonly referred to as TCP/IP.

TCP requires a connection between client and server to be established before a segment of the actual application data can be sent (also known as the three-way handshake). It uses this connection to establish a virtual circuit between the two transmitting hosts so that both hosts can simultaneously put data out on the Internet without specifying the destination host once the connection is established.

Above the UDP and TCP Transport Layer, respectively, is the Application layer where more protocols provide applications with a standardized way to exchange data.

UDP Side
The main protocols on the UDP side include DNS, Network Time Protocol (NTP), BOOTP, and DHCP, but there are more.

These protocols are generally used here because of the lack of need for real-time error handling and the need for a large number of clients to be connected at once.

These protocols are usually used here because of the need for compatible with a variety of operating systems, scalability and reliability as the internet grows, and the ability to recover automatically from the failure.

As stated above, each side (UDP vs TCP) has their top protocols that are generally used on them, but how do you access them and what do they do?

The generally agreed upon way to access each protocol is through the logical construct that identifies a specific process, or a type of network service, called a port.

I don't want to dive deep into all of the protocols and ports at this level (because there are 65,535 ports), but a few of the main ports and their associated protocol as well as a few explanations of a few popular ports.

Port 80: HTTP
By far the most common port, HTTP defines the rules for transferring files, images, and other media to and from web browsers with web servers over the TCP/IP connection.
HTTP is a stateless protocol that requires all requests to originate from the client-side browser and are then sent to a specific server to process the request and send back a response.

Port 443: HTTPS
This port is steadily becoming used more than port 80 because of its added security through encryption to protect all data exchanges used on it. As shown below, a normal HTTP request/response will be in plain text for anyone to see, but HTTPS encrypts the correspondence so that they cannot be ready by any unintended viewers.

HTTPS is HTTP over an SSL/TLS connection that makes use of public key encryption (where there are two keys — public and private) to distribute a shared symmetric key, which is then used for transmission. (9)

Port 53: DNS
A DNS (Domain Name System) is kind of like a phonebook that lives at your Internet Service Provider (ISP); or on your local system in a few places.
In short, when you make a request for a website (www.example.com) your system will use UDP to attempt to locate its IP address by recursively making DNS requests to attempt to locate and translate your requested domain name (example.com) into an internet protocol (IP) address (something like 123.345.567.789). 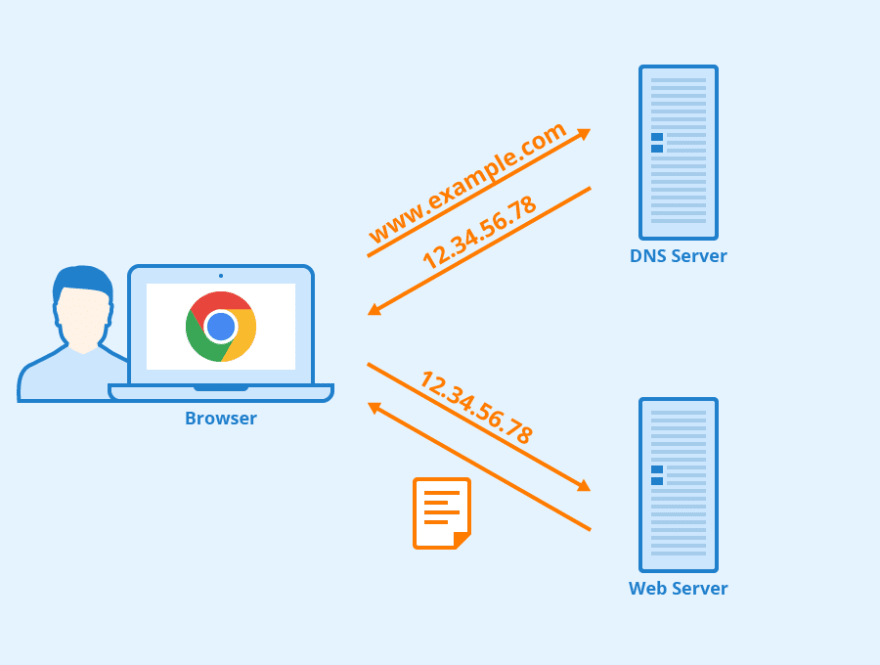 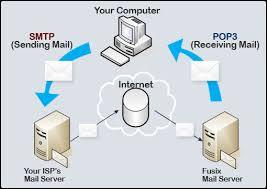 More specifically, IMAP and POP3 are most commonly used for retrieving emails and STMP is used for sending emails across the Internet.

Port 123: NTP
The NTP (Network Time Protocol) is an interesting protocol to me because it is one of the oldest protocols used and is generally only used for clock synchronization between computer systems over packet-switched, variable-latency data networks. 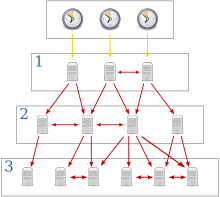 For example, most modern operating systems support NTP as a basis for keeping an accurate clock.

How it all comes together

The need to understand protocols is important to make sure that you are using the correct protocol for your need and you are not using protocols that have other intended uses. There are a lot of protocols available and there is no need to reinvent the wheel if you can learn how to use it properly. (Read the RFCs for protocol standards.) Not understanding protocols and their use can lead to broken access issues or leaking date that might be accessible through a different protocols than intended.

Please Note: that I am still learning and if something that I have stated is incorrect please let me know. I would love to learn more about what I may not understand fully.

I do declare(ative), React.js is good, clean fun!

Once suspended, caffiendkitten will not be able to comment or publish posts until their suspension is removed.

Once unsuspended, caffiendkitten will be able to comment and publish posts again.

Once unpublished, all posts by caffiendkitten will become hidden and only accessible to themselves.

If caffiendkitten is not suspended, they can still re-publish their posts from their dashboard.

Once unpublished, this post will become invisible to the public and only accessible to DaNeil C.

Thanks for keeping DEV Community 👩‍💻👨‍💻 safe. Here is what you can do to flag caffiendkitten:

Unflagging caffiendkitten will restore default visibility to their posts.