Asynchronous JavaScript can be a daunting concept to learn. However, it is a essential tool in the toolkit of a JavaScript programmer. It can be used to improve the user experience. We'll understand more about the importance of Asynchronous code as we go along further in the article.

Topics that we'll look into :

Basic knowledge of JavaScript is required.

The goal here is to have an understanding about how all the puzzle pieces fit into the bigger picture.

Let us begin by understanding how JavaScript works .

JavaScript is a single threaded language. It means that JavaScript can only run one piece of code at a time. It does so using something called as the Call Stack.

Call stack is how the JavaScript engine keeps track of its place in the script and also manages the different function calls. Stack is a data structure which operates on the LIFO(Last in first out) principle . 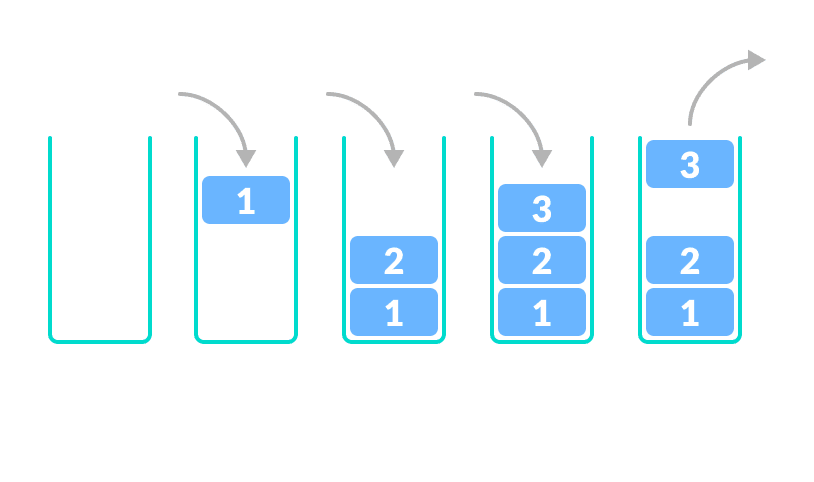 Here we can see "3" comes last in the stack so it will be the first one to be executed and after it is executed it will be popped off the stack.
We can visualize this using a tool called loupe

Here is an example : 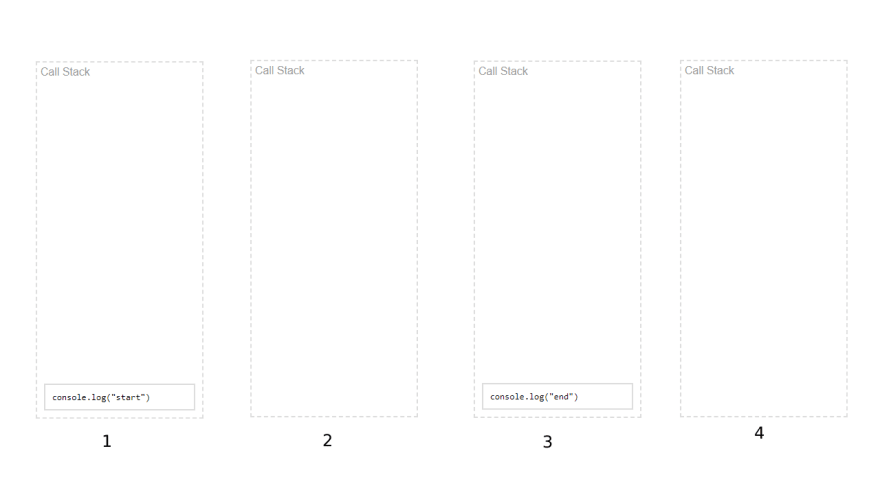 What does Asynchronous mean

Let us understand Asynchronous with an example :- 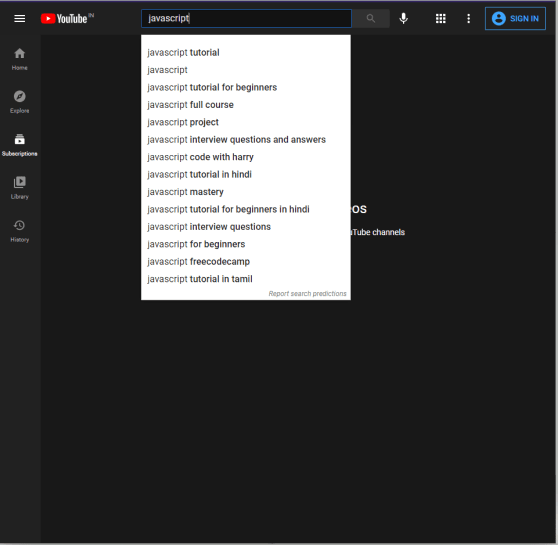 Whenever we are searching something on the YouTube search bar, we can see suggestions as soon as we start typing .
This basically means that requests are being made to the server behind the scenes to get the suggestion after each letter you type.
This however, doesn't block the UI of the website improving the experience of the user. This is called as an Asynchronous request.

Let us take an example of the setTimeout function :

What do you think is the output of this code ?

Since JavaScript as we saw is single threaded, the above output should be correct right? But the output is different from what we might expect .

This is the actual output of the script.

It seems JavaScript moved ahead by printing start and end first, then the setTimeout ran asynchronously, waited for 1sec and returned the result. So why does this work? How can JavaScript hold the variable and continue executing the code simultaneously?

So the thing is the setTimeout is actually not part of javascript. It is what we call a browser API . We will understand more about APIs in the next section but hang with me for a bit.

Web Browser APIs are like super powers provided to us by the browser. For example it can do something like holding a value with setTimeout for a specific amount of time and then returning the value.

working of the setTimeout function 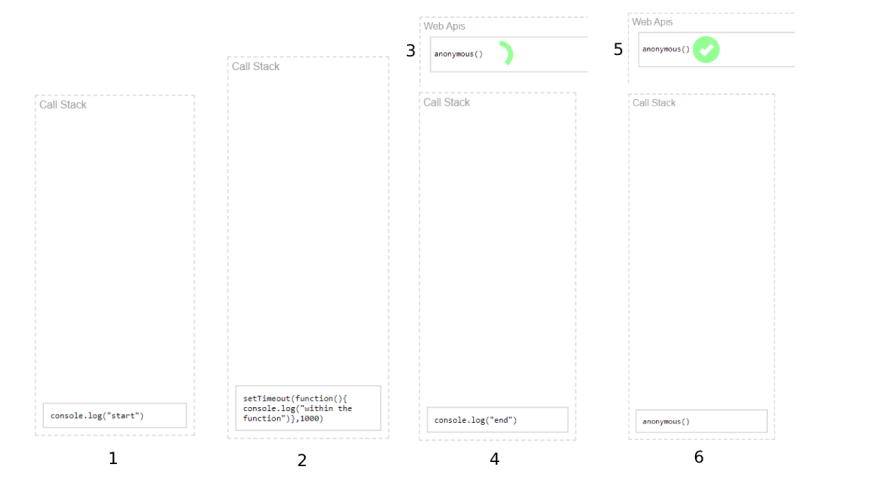 Asynchronous however is not limited to setTimeout function.

why do we need asynchronous code

Some things that may need an Asynchronous request include :

So what does the xml part in ajax means?

JSON stands for JavaScript Object Notation. It also is a format for transferring data. It is an alternative to xml. JSON is really easy to read and understand. Even though it looks like JavaScript objects JSON can be used independent of JavaScript to transfer data . Many programming languages have ability to parse and read JSON.

The two primary parts that make up JSON are keys and values. Together they make a key/value pair.

JSON is a more popular format than XML.

Anyone who is familiar with JavaScript objects will understand JSON very easily.
modern APIs mostly use JSON to transfer and store data.

API is the acronym for Application Programming Interface.
API is an interface which has a set of functions that allow programmers to access specific features or data of an application, operating system or other services.

Often when we talk about APIs in terms of web development the APIs refer to 'Web APIs'.

Web API as the name suggests, is an API over the web which can be accessed using HTTP protocol.

Typically when we make a request to a webpage we get all sorts of data like html, CSS, JavaScript. On the contrary when we make asynchronous request through JavaScript we might want a particular part of the data.

Web API takes requests from the different type of client devices like mobile, laptop, etc. and sends them to the web-server to process it and returns the desired data to the client. 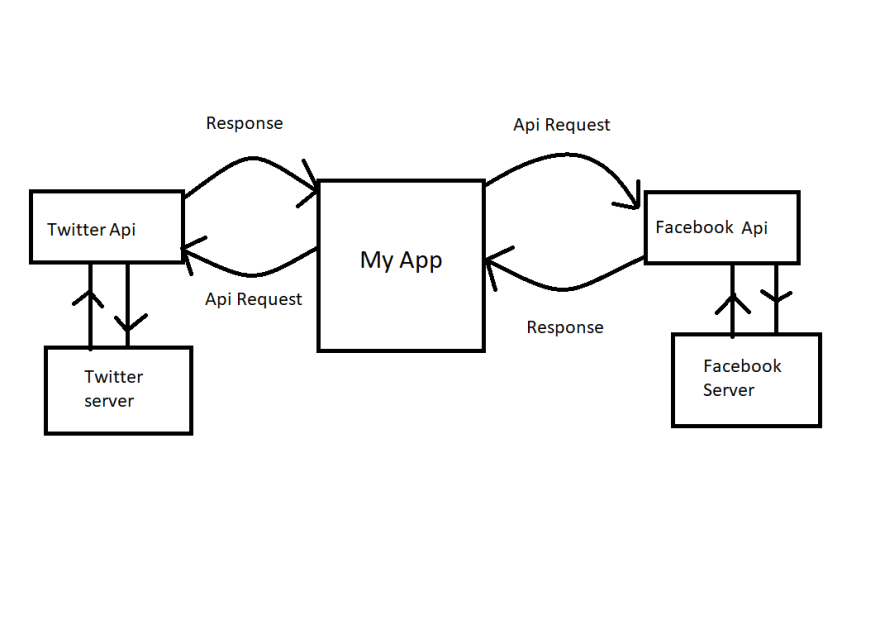 The data given by the API can be anything for example : images, JSON objects etc.

Let's take an example to understand this better

This is a Pokémon API .It returns an image of a Pokémon when we send it a request. we have to replace the id with the id of the Pokémon we want . 1 is Bulbasaur etc.

This is what we get when we send a request to https://raw.githubusercontent.com/PokeAPI/sprites/master/sprites/pokemon/1.png .

You all can also give it a try! Just put the above link in the browser and you'll get back the image. You can also try changing the id to see what different results you get.
It is just like any other http request but only with the data(image).

In the URL of the API we had to replace the id of the image according to what we want.
That is basically a query string. It request the data according to the value we pass in the query string .

This is another API that we will be using later.

In the url, ?q=:query is called as the query string and :query is a variable. The response changes according to the value of the query variable.

With the Pokémon API, we took a simple example which returns the data instantaneously. However, some actions like retrieval of information from a database may take some more time or might even get rejected. Thus we have to take into consideration handling the errors that we might get.

We will discuss the various ways to make async request in a few sections.
But before that we'll have to see how to handle the failure of the asynchronous request.

A callback function is a function passed into another function as an argument, which is then invoked inside the outer function to complete some kind of routine or action.

Here is an example :

Let us make a function and pass it to setTimeout

The setTimeout which is like an outer function calls the "message" function which is an argument. Here, message function is a callback function.

Passing callbacks may not be the best way

If there are multiple async operations to be performed and we try to use our good-old callbacks , we’ll find ourselves in the callback hell .

Let us see if there is a better way in part 2.