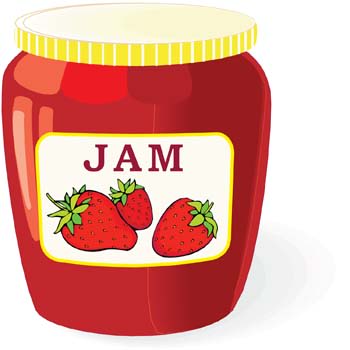 This year's Google Code Jam Qualification round limit was 30 points. Solving just the two simpler tasks yielded enough to get you through.

I used Perl to solve the problems, as it's the language I can write the fastest.

You can find the problems in the Archive.

The first task sounded easy: the input is a sequence of numbers each containing the digit 4. For each number N, output two numbers A and B such that N = A + B and neither A nor B contains the digit 4.

I used the tr operator (similar to the tr utility you might know from *nix) to replace all 4's by 3's. That was my A. To get the B, I just subtracted A from the original N.

This gave me the first 16 points. To get one more, it was needed to handle much larger numbers. It's possible by using the Math::BigInt core module, but I rather rushed to the next task.

You were given a path in a square where each step goes either to the south or to the east. You need to find a different path that starts and ends in the same places (which are the nortwest and southeast corners), but never reuses the given path.

The input path is encoded as a string like SSEEESSE. Surprisingly, the transliteration operator can again provide a short and straightforward solution. It corresponds to the path that's line symmetric with the input where the axis connects the start and end points.

This gave me 14 points, so my advancement was secured.

I also solved the third task, but the solution was ugly and didn't work for the larger inputs and extra points. It gave me 10 more points.

[EN] Cybersecurity: What are the best platforms?

SPVM 0.9662 is released - The Project for Python/NumPy Porting to Perl

I got the Hacktoberfest 2022 badge

Once suspended, choroba will not be able to comment or publish posts until their suspension is removed.

Once unsuspended, choroba will be able to comment and publish posts again.

Once unpublished, all posts by choroba will become hidden and only accessible to themselves.

If choroba is not suspended, they can still re-publish their posts from their dashboard.

Once unpublished, this post will become invisible to the public and only accessible to E. Choroba.

Thanks for keeping DEV Community 👩‍💻👨‍💻 safe. Here is what you can do to flag choroba:

Unflagging choroba will restore default visibility to their posts.