A few weeks ago I saw Ben Stokes’ post about PaperWebsite.com and my immediate reaction was, “I have to be able to do that!” I’ve long enjoyed writing by hand over typing as the tactile feel of of pen or pencil and paper is such an enjoyable one. I particularly enjoy using a nice fountain pen on high quality paper.

Obviously there was a route to doing a workflow like this as Ben had shown. I just needed to figure out a method with a low enough barrier that I could personally implement for doing this with my own WordPress website. (Note: the following could work for any website.)

Not being a serious coder, I immediately began looking for ways I could leverage some of the IndieWeb building blocks my site supports. Micropub seemed like a no-brainer for the posting portion since I’ve got an endpoint using the Micropub WordPress plugin. Certainly not wanting to manually re-type everything once I was finished writing, I needed a way of converting my handwriting to text and then automating a way to plug that into my micropub client.

A short burst of searching revealed that Google Docs could do Optical Character Recognition (OCR) on photos. I pulled out my IFTTT app and found a recipe for taking a photo and saving it to Google Drive. Then I set up another recipe to watch a particular folder in Google Drive and take whatever text appears in new documents and send it to my website using a webhook that uses my Micropub endpoint. The whole thing only took a half hour from idea to a working prototype. In the end it took a tap to open IFTTT on my phone and another tap to take the photo. Then I had to manually open the document to trigger the OCR. Finally, I had to manually open and edit the post before posting.

I had set the micropub client to post as a draft as a default just in case the OCR wasn’t perfect. This was fortunate as the Google photo OCR was so solid that the letters “Dia” of the microscopic text from the word “Diamond” partially visible on my pen cap that was in the photo got pulled into the post.

In the few times I’ve used this workflow so far, I’ve mostly done straight text and syndicated posts to Twitter, Mastodon, and Micro.blog. Perhaps in the future I might set things up to add HTML links, but they’re fairly easy to add at the editing stage.

Since I started my experimentation, a few others in the IndieWeb community have noticed the paperwebsite.com site. Greg McVerry popped up and linked to it as well. He mentioned that he had a digital notebook with OCR capability. This reminded me that I’ve got both a Livescribe Echo pen and a Rocketbook notebook with a Pilot Frixion pen that has an app for uploading digitized images of notebook pages. I hadn’t done OER with Livescribe in ages, so I pulled out the Rocketbook, which is cleverly erasable and thus reusable not to mention being fairly inexpensive. A bit of quick set up allowed me to take a photo of a page which automatically uploads to Google Drive and does its own OCR process. This already dovetails with my prior process, so the whole thing is much smoother. As a result, I’m composing this post in my Rocketbook notebook and will automatically upload and post it to my site as a draft. I’ll probably add some links, a photo or two, and then publish it in a bit.

The Rocketbook notebook has some solid pages with an odd shiny texture and feel, presumably part of the technology that makes it easy to wipe them clean for reuse. The bottom of each page has seven different faint icon images which are meant to allow the app to determine where to send the digital copy of the notes. One can send them via email or to a variety of storage or sharing services. I could imagine having different recipes set up to allow one to publish their notes to different websites based on the icon X-ed out. Given the micropub possibilities, one could also use the icons as a means of differentiating post kinds (for example, indicating that a particular post is a note, an article, or a bookmark). Another alternate idea would be to use the icons as a means of selecting which services to syndicate your content to (for example, the diamond could mean syndicate this post to Micro.blog, the bell could mean Mastodon, and the clover syndicates the post to Twitter). 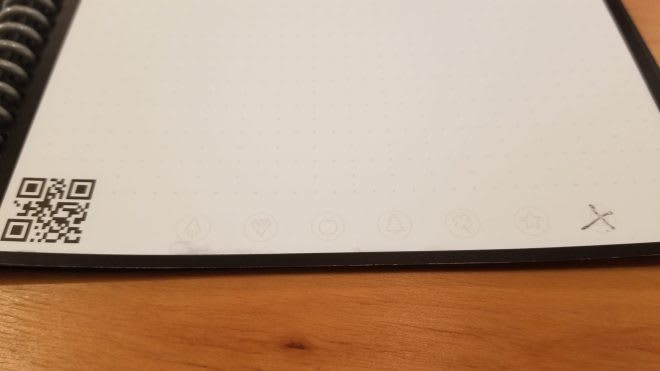 The overall process is quite elegant and pleasant. The OCR for Rocketbook is reasonably good aside from a few spelling errors which are easy enough to click and fix. I’ll admit that I far prefer using a fountain pen on some Tomoe River paper to using the Rocketbook paper and the Frixion pen, but really, who wouldn’t?

Handwritten notes for your digital zettelkasten or personal wiki

Since I’ve already got most of the infrastructure, I’ve gone the extra mile and set things up so that I can take notes on index cards zettelkasten-style and use a similar set up to post them to my Obsidian vault using similar IFTTT recipes.

For those who want to set this up themselves, I’ve documented the IFTTT/micropub portion before. I’ll post the specific code I’m using below for these who may want it. The nice part is that as long as you have a micropub server for your website platform (there are many CMSs that have native or plugin support) the WordPress portion isn’t a deal breaker for others.

I’m sure, now that there are multiple proofs of concept, some enterprising developer will build a custom micropub client to do all of this work automatically or with a few options built into a clever interface.

I could see pen and paper manufacturers (Moleskin, Leuchtturm, Rocketbook, etc.) creating apps for doing this too. I’d love to see and hear about others trying this out for themselves. Hopefully it can be done with almost no code or some easy cut and paste from my example. Ask if you need help, and I’ll see what I can do to help.

This following will be roughly standard for WordPress endpoints using the plugin, but they can obviously be modified for your platform of choice.

While doing some of this I did come across some older examples of handwriting to websites. Aside from handwriting typography which I think is usually ugly, I saw some interesting examples from Jeff Bridges[1] [2], gRegor Morrill, and scrolled through some great examples of handwritten and typed Tweets by Alton Brown. In his case, he was simply taking photos of his writing, but it worked! I’ll admit he had some fun and was definitely creative about it. Hopefully Twitter always exists to save the copies for him. 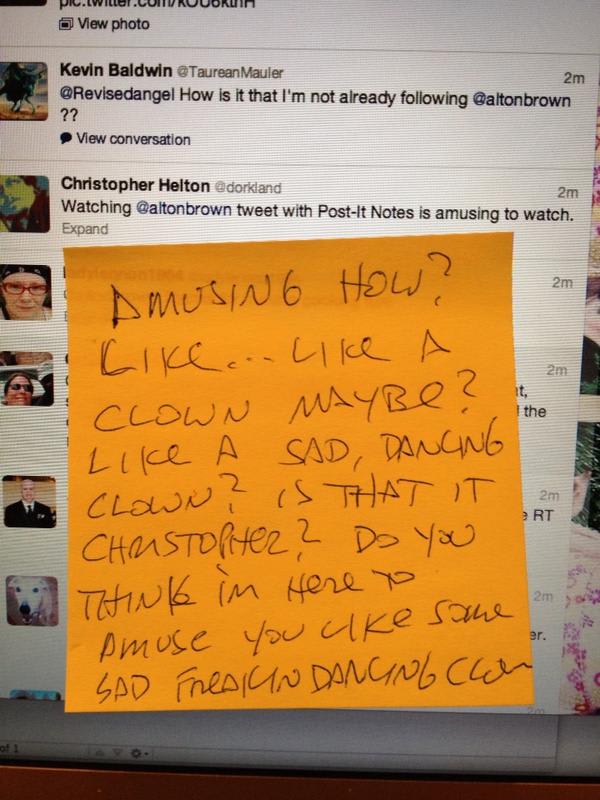 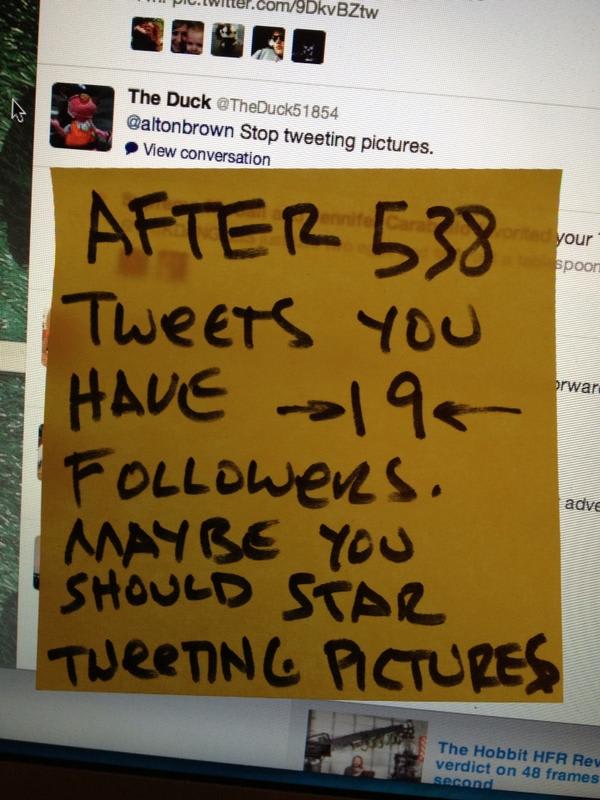 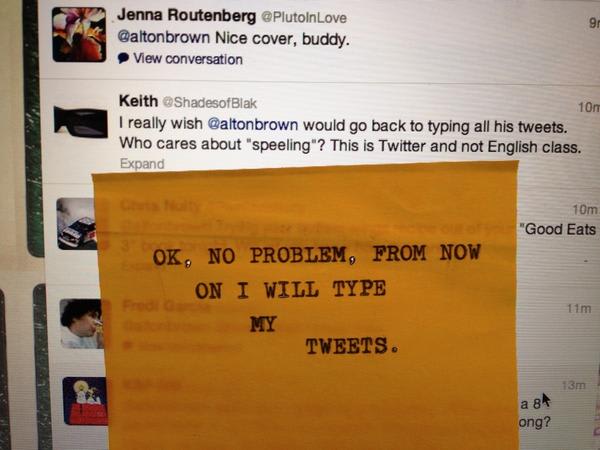 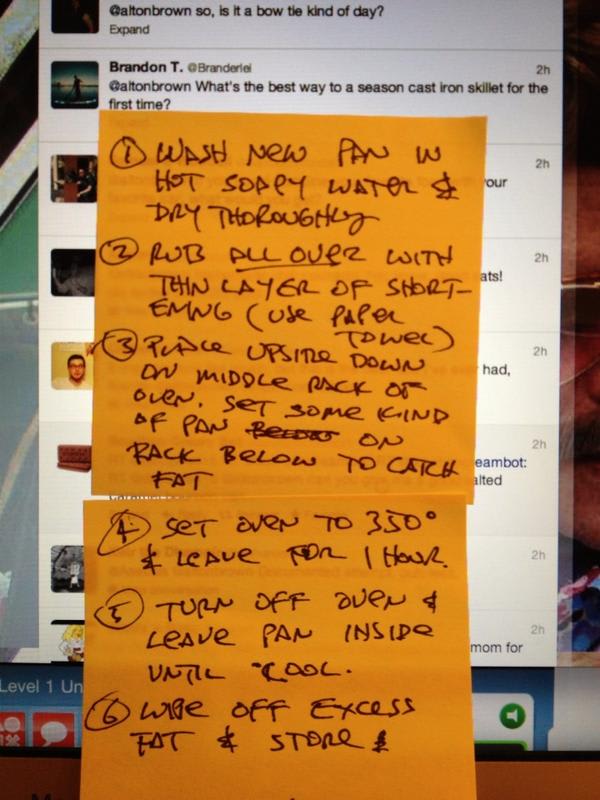 In short, I’ve now got another great way to post to my website. I love the great old school tactile user interface of pen and paper. Now I’m glad to have a reason to be able to do more of it in an ever-digitized culture.

Until I start working on cuneiform solutions…

Once suspended, chrisaldrich will not be able to comment or publish posts until their suspension is removed.

Once unsuspended, chrisaldrich will be able to comment and publish posts again.

Once unpublished, all posts by chrisaldrich will become hidden and only accessible to themselves.

If chrisaldrich is not suspended, they can still re-publish their posts from their dashboard.

Once unpublished, this post will become invisible to the public and only accessible to Chris Aldrich.

Thanks for keeping DEV Community 👩‍💻👨‍💻 safe. Here is what you can do to flag chrisaldrich:

Unflagging chrisaldrich will restore default visibility to their posts.