Please note that as Deno develops rapidly in these early stages, several of these metrics may well become outdated! I encourage you to take this as an initial guide, and be sure to explore the repos themselves - some may have grown in popularity since! I will endeavor to keep some stats relatively current as indicated by dates in each section. 😄

One of the common use-cases for any language is it's HTTP server capabilities. Generally we tend to see communities for any given language converge on one or a few web frameworks which provide the best trade-offs of features vs performance and show signs of development maturity and backing.

Because Deno is so new it can be difficult to know which of the arising web server frameworks is the one to use! On just the Deno Land third party modules page there are 18 hits for web framework and 33 hits for server.

In this article I have tried to review the majority of frameworks, across several key factors, to help you can make an informed decision about which is the best for you!

I encourage to also read to the end where I touch on some frameworks I didn't fully review as well as any suggestions made in the comments!

A healthy community around a framework really helps to make using a framework easier. As it is so early on it's not particularly easy to determine which frameworks have the best community, but we can potentially infer some sense from GitHub usage.

Here are some of the GitHub stats:

When you're looking to use a new module, the key to getting started easily is documentation. What is generally the most useful being a quick-start guide and some references that allow you to see example code. As you start to use the framework in a more serious and complicated app, this is then complimented with a fuller, but easy to search and navigate, set of API docs (i.e. documented arguments and return types breakdowns etc.) and use-case guides (which may be the code examples themselves!).

Most of the reviewed frameworks have reasonable documentation. Only some fall down in fully documenting their APIs, however with the likes of https://doc.deno.land/ and the usage of TypeScript, it is still possible to understand Deno modules reasonably well even if not documented extensively by the authors.

A golden star shout-out to Drash which has some of the most amazing documentation - it has everything from getting started, to full API docs, diagrams of the internals and comprehensive tutorials in it's own dedicated website.

When it comes to production servers, performance under load is critical to providing a good service for your customers / clients, and should always be a consideration when choosing a web server framework. Of course there is the trade-off between performance and rich features - generally frameworks that offer the greatest set of features out-of-the-box are slightly heavier and thus slower than those that are thin wrappers around the core / standard library. Always take care to pick the server that offers the best performance for your current and any potential future use-case.

To get a measure of performance I was going to write a set of benchmarks when I happened across Fastro which supports a full benchmarking capability! So credit must go @ynwd (currently the sole contributor) for the benchmark code!

Note: This benchmark is not wholly realistic and you should always take care to benchmark and measure performance for your particular use-case.

For each framework I wrote the minimal amount of code in order to start a server which would respond to a GET request to the root / path with a body of "Hello Deno!". The performance was measured using the NPM package autocannon with commands similar to:

This was performed using:

Here are the results, sorted by average requests per second achieved (PHP and Python Flask results taken from Fastro):

Interestingly Deno's standard HTTP was actually faster (on my setup, in this benchmark - results may vary!) than LTS Node 12.18.0 despite the Deno benchmarks finding Node's HTTP server performance to generally be faster. It may be, even with the slightest complexity that we've added, that we're observing the impact of the far superior tail latency of Deno meaning over the course of several requests it's consistently fast, whereas Node can be far more volatile.

Standout Deno modules are Denotrain and Fastro which both support routers and middleware and are reasonably close to the speed of the raw Deno HTTP library. http_wrapper is also in the mix if you need a fast Router but don't require a middleware structure.

Though you should embrace change and be comfortable adopting the best practices for a particular language, sometimes the easiest way to get off the ground is to find something that best matches a library you are currently using. This way you could migrate existing projects to take advantage of things like Deno's enhanced security, plugin support etc. with minimal overhead, and you and your team will all be able to develop and extend programs easily as the API is familiar.

In this section I have attempted to identify the inspiration behind these libraries and rank them by similarity to existing Node libraries:

The following frameworks didn't feel like they quite fit into another of the above categories:

The ones that got away

As you may have noticed, I have not reviewed 100% of all available frameworks. The ones focused on in this article were chosen based on the following considerations in order to keep the scope reasonable and limit the overhead of having to test, review and write-up everything(!):

I encourage you to also review the following which based on these (relatively arbitrary!) factors and maybe some others I did not cover this time round:

I hope this review was helpful!

If you have been using one of the mentioned web frameworks for Deno, or maybe something I haven't covered(!), I would love to hear what you think about it - please drop your reviews and comments in the section below.

If you are a maintainer of a project and I've missed of your project, or you feel I've mis-represented it then please drop a comment and we can look to add / update the article!

Until next time, thanks for reading! 🦕

P.S. Looking for a way to test you HTTP servers? Why not check out SuperDeno 🎉 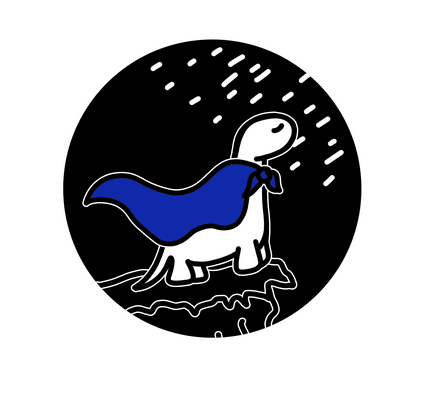 Once suspended, craigmorten will not be able to comment or publish posts until their suspension is removed.

Once unsuspended, craigmorten will be able to comment and publish posts again.

Once unpublished, all posts by craigmorten will become hidden and only accessible to themselves.

If craigmorten is not suspended, they can still re-publish their posts from their dashboard.

Once unpublished, this post will become invisible to the public and only accessible to Craig Morten.

Thanks for keeping DEV Community safe. Here is what you can do to flag craigmorten:

Unflagging craigmorten will restore default visibility to their posts.