When I started my career into web development, more than a dozen years ago, there were plenty of resources for learning but I don't remember all this huge pressure into becoming a programmer. There wasn't a proliferation of bootcamps, online courses, no one was telling you from every direction that you needed to code every day or you would've been invisible.

Stackoverflow wasn't born yet - it was a matter of months, but until that day all the knowledge was in dead forum posts or the "website with the hyphen" (after changing the ambiguous domain name); in frontend, jQuery was the king among libraries and the PHP environment was dominated by Joomla!, Drupal or Wordpress; frameworks where starting to appear (Laravel was at version 3 when I first knew about it, and Codeigniter was the most widely used among beginners) but most entry level tutorials were just a mess of unsafe spaghetti code.

In the blink of an eye everything changed: Node.js, AngularJS and then Angular, React, CSS pre-processors, Javascript was again EcmaScript. The frontend avalanche relentlessy changed the face of web development pushing us full-stack jQuery+PHP dinosaurs into the brink of extinction. 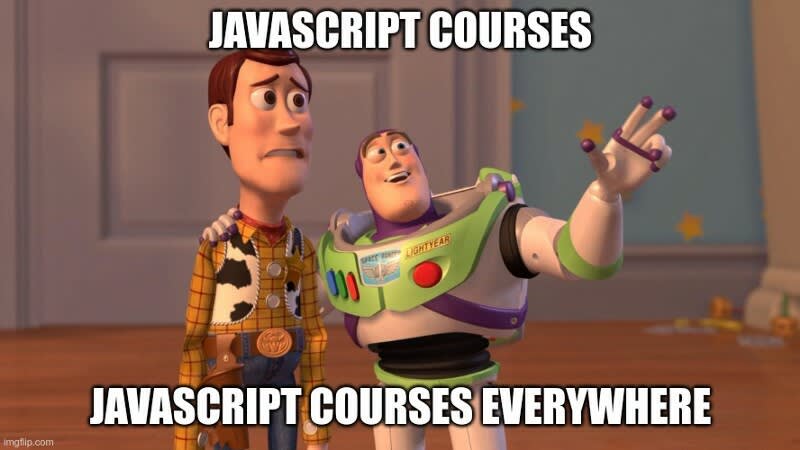 More and more online courses were sprouting and there was an explosion of frameworks, packages, libraries. The Cloud stormed the infrastructure environment, microservices where the new structural paradigm and containers (almost) the new infrastructural standard.

All jobs need you to stay updated, I know. But man, I don't think there is one so demanding and draining, today, as the programmer.

The young generations are pouring their massive energy into working and coding, pushed by those who want to sell their courses or promote their content. They're encouraged to teach something as soon as they learned it for the first time, creating a plethora of beginner tutorials which rarely go far from the official documentation of what they're teaching. They're told to show skills by building something, and now we're full of NPM packages for every trivial thing (just search for "lowercase" or "uppercase". Really?) and a lot of abandoned github projects. They're molded into thinking that every project they want to build must be a start-up: investors, fundraising rounds, promotion, marketing, a total commitment of your life - when you just wanted to make a website for fun.

Don't get me wrong, this widespread diffusion of programming is doing way more good than harm in every aspect; but there's something which is often overlooked, something off, a toxic substrate permeating the ecosystem.

Everywhere I look there's someone telling me to keep a rich and shiny GitHub profile so I could make a difference in job interviews, to do as many side projects as possible in order to be a better programmer, to dedicate my free time to learning and becoming a Rockstar (or Ninja) developer, or they want me to learn the secrets that could make me a "10x engineer" in no time.

Do what you love, and you'll never work another day in your life.

Except you won't have any free time.

Do you have a 8+ hours regular job as a programmer? Well, that's not enough. When you badge out your daily work, you need to badge into the "passionate work", because you're a programmer, right? You have a passion for programming, don't you? What, no weekend project to learn new languages and new skills? No github repo to push your code to? You must be a slacker, then.

I'm sick and tired of this attitude. I might be just getting old, but I don't want to sacrifice my free time running behind the technology train. I want to turn off my PC after a day's work and be done with it, without feeling guilty. I want to spend time with my wife and my daughter, I have a house to clean and attend to, I want to watch a movie, sleep, or just plain do nothing on the couch.

And that doesn't make me a mediocre programmer. I don't want to be coding all the time, always building something, always studying, always solving problems. I have a huge passion for my job and I pour it into what I do in my regular work, but I want free time to cultivate other passions (because there's something beyond coding), or just to relax - without the overwhelming push to become a more productive person, a top programmer, an open source contributor, a tech guru or whatever.

Time is always in short supply - you can't do everything you want, let alone everything the society wants you to become.

Write response from a rust function to a file

Once suspended, damienpirsy will not be able to comment or publish posts until their suspension is removed.

Once unsuspended, damienpirsy will be able to comment and publish posts again.

Once unpublished, all posts by damienpirsy will become hidden and only accessible to themselves.

If damienpirsy is not suspended, they can still re-publish their posts from their dashboard.

Once unpublished, this post will become invisible to the public and only accessible to Matteo Vignoli.

Thanks for keeping DEV Community 👩‍💻👨‍💻 safe. Here is what you can do to flag damienpirsy:

Unflagging damienpirsy will restore default visibility to their posts.