The other night we went to a location called "Pyramide" which is like a bar / pub combined with an area of gaming fun.

There are pool tables, arcade maschines, you can play darts and there are those wonderful gaming tables like this one: 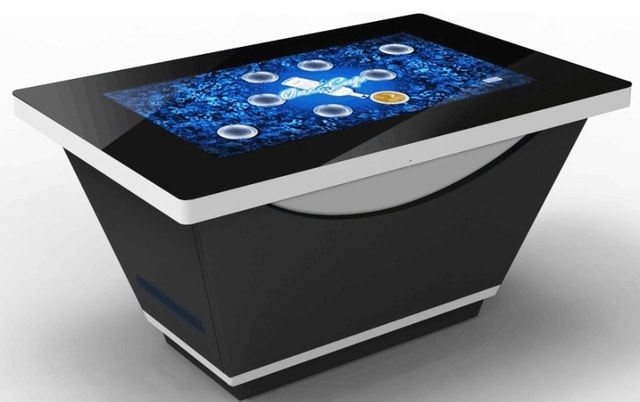 We had a fun time playing monopoly and other games but one game was new to me: Filler

The rules are simple: 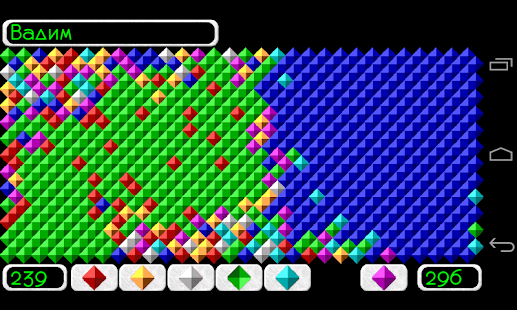 Because I do a lot with React at the moment, I chose react to build the game.
Demo

Right now the game is working in single player mode and I am working on the opponent mode actively.

Why am I telling you this?

I would love to get some input from you and I think this is a great base to start a little game project with potential.
Also this is my first approach to do such a thing in react, I created games only with C#, Python and C++ before.

And maybe together we can make a challenge out of it (like Robocode) so everyone writes a solver strategy when the project is more mature?

Run the following commands in the terminal of your choice:

Visit https://darksmile92.github.io/filler-game-react/ for a demo.

Right now the game finds the best next step simply by calculating the max number of cells possibly to acquire with each color and using the max value as suggestion. The button with that color will be rendered with a border. If there are more than one equal possibillities, only the first is taken into consideration.

At the moment there is no algorhythm to take steps automatically. Take on the challenge, create solvers under the ./src/solver/ path and share them!

First install the extension Chrome Debugger to your VSCode instance.

Run yarn start in your terminal, set your breakpoints in VSCode and press F5 to start debugging.