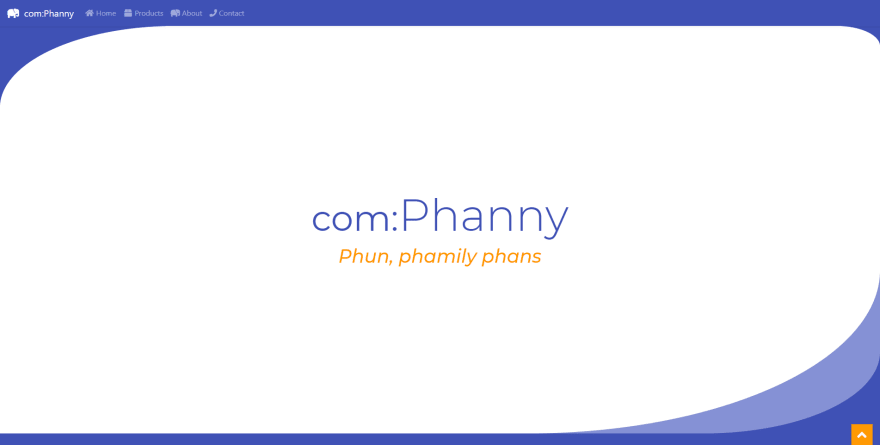 This template is built in Bootstrap 4 with Font Awesome 5 for icons.
I also decided to use SASS to code up the styles to make it easier to assign colours, and font families through the use of variables, functions and mixins.

This template is actually the first half of a 2-part demo project I built last week. I was scheduled to do a presentation on CraftCMS earlier this week. This is the template which the Craft side would use to display entry records.

I came up with the idea of creating a fake company. This company specializes in developing custom web and mobile applications for clients. The audience of the talk was a local PHP community. Hence, I came up with the company's name "Comphanny" which is a play on the words "company", "php", and "ph" being pronunced as "f" in "elephant" which is the animal typically associated with PHP.

I initally wanted to build this template from scratch, to practise my CSS & web design skills, as well as explore Flexbox and CSS grid. But due to time constraints from my day job, and still having the Craft part of the project to build, I felt it was too ambitious. So I decided to go building off Bootstrap since it was what I was familiar with.

[JS] How to create beautiful and realistic confetti animation with tsParticles