Who doesn't know it: You have to finish your work for some reason and quickly do a git commit to realize right after that you have a typo or something missing in your commit message. Or even worse: You realize it after pushing to remote...

I'm a fan of a leading emoji in commit messages. That way, I have a visual classification of commits in the git commit log and can easily identify bug fixes, additions or dependency updates. To be compatible to terminal output, I use the shortcodes (i.e. :key: for commits dealing with security) rather than inserting the emojis directly (🔑). You may call me fussy, but I think the commit or file list looks really ugly, if you have a typo in an emoji shortcode: 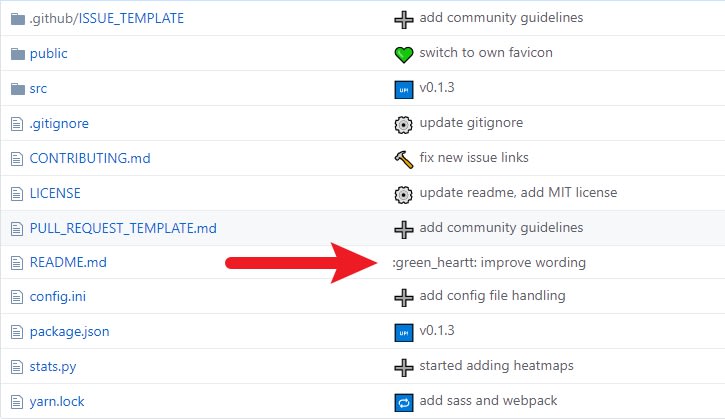 Fortunately, there are ways to correct a commit message afterwards. Let's take a look:

This is the easiest one. Simply type the following:

If you now push the changes to remote, the corrected commit message will appear.

When using VS Code, you can undo the last commit from the ··· menu: 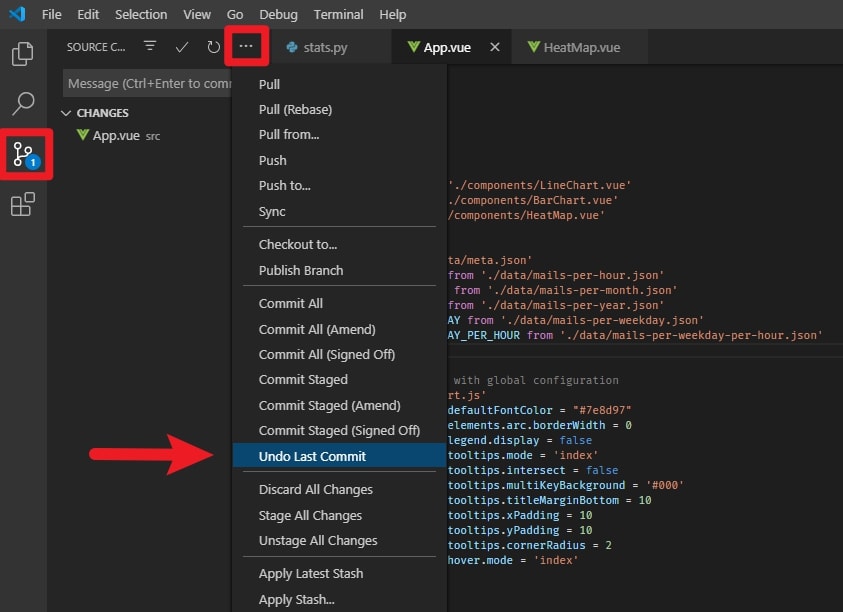 Or simply open command prompt with CTRL+SHIFT+P and type "undo".

If you already pushed the last commit, you can correct it the same way - but you will have to force push over the wrong commit:

This one is a little bit more tricky. You need to find out, how many commits you have to go back, to find the one you want to correct. With that information you can use

to display the last n commits in your default text editor. This would be the output for the last 3 commits:

Now replace the word pick with reword before each commit message you want to correct, i.e.:

Save the commit list and correct the commit message in each following commit file. As before you have to force push your changes.

Now after correcting the wrong emoji shortcode, I can find peace again when looking at my commit log. 😎

Not feeling ready for Open Source?

Once suspended, devmount will not be able to comment or publish posts until their suspension is removed.

Once unsuspended, devmount will be able to comment and publish posts again.

Once unpublished, all posts by devmount will become hidden and only accessible to themselves.

If devmount is not suspended, they can still re-publish their posts from their dashboard.

Once unpublished, this post will become invisible to the public and only accessible to Andreas.

Thanks for keeping DEV Community 👩‍💻👨‍💻 safe. Here is what you can do to flag devmount:

Unflagging devmount will restore default visibility to their posts.