This is a change to help readability on desktop. It only applies to screens greater than 1530 pixels wide.

Since making the reactions fixed position, there have been mixed feelings about how this has affected readability of posts on laptops/desktops.

One such not-so-mixed feeling is described here: 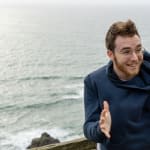 This Article is Hard to Read

The sticky footer is useful because people don't use the web in a purely linear way, and at any point you may like to toss a ❤️, or bookmark a post. Skipping to the discussion is also valuable.

We will continue to fiddle with design concepts to get this element of the site just right. We have plans to keep improving the usefulness of bookmarks and reactions in general. Hopefully the reading experience is just a bit better now.

Ranking CMS by popularity for 2022

The hidden meaning behind the TikTok logo