Every heard of HTTP, HTTPS, FTP? These are different protocols that the web used . A protocol is a simple set of rules that tells how should two computers interact with each other, how should they exchange information.

SSh is precisely that. It is a protocol that allows two computers to communicate securely over the internet, it allows users to share files and control remote computers over the internet. Just like a browser communicated with the server, in ssh computers communicate through a shell which is used to talk to the operating system of the computer. One of the best features of ssh is that it used encryption to between the host and the client.

Encryption is a way to hide a piece of data. it is unreadable unless you know how to decrypt it for which you need a key.

ssh breaks data down into a series of packets. Heres how a packet looks like 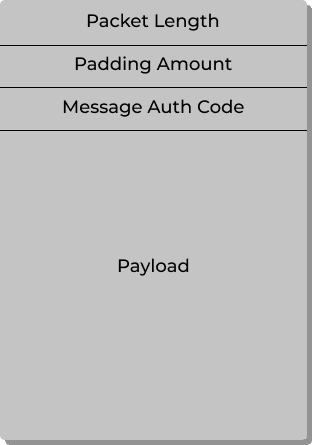 Ssh used three different types of data manipulation technique at various points during transmission. They are

Symmetrical encryption (the simplest to understand ):

One of the main problems this method has is if a third party is listening during the initial key exchange they would be able to decrypt all the messages.

We use a key exchange algorithm to exchange the keys securely. To implement this algorithm we use asymmetrical encryption.

Asymmetric encryption (harder than symmetrical encryption to understand but simp ) :

To prevent the middle man from listening to our keys we use asymmetrical encryption.
Asymmetric encryption is implemented using two keys, private keys, and public keys. They form the key pair.

A message that is encrypted with a public key can be decrypted only through the private key.

Quite cool isn't it.

I hope this helped you understand what is ssh and why is it used for. Btw this my first post on the dev to platform so if you liked what you just read consider liking the post or leaving a comment or maybe do both xD.

Once suspended, dhruvindev will not be able to comment or publish posts until their suspension is removed.

Once unsuspended, dhruvindev will be able to comment and publish posts again.

Once unpublished, all posts by dhruvindev will become hidden and only accessible to themselves.

If dhruvindev is not suspended, they can still re-publish their posts from their dashboard.

Once unpublished, this post will become invisible to the public and only accessible to Dhruvin.

Thanks for keeping DEV Community 👩‍💻👨‍💻 safe. Here is what you can do to flag dhruvindev:

Unflagging dhruvindev will restore default visibility to their posts.