Hey,
I always wondered what did the big Open-Source projects (like Vue.JS, React, RoR, etc...) to become known when they just started.

Are there tricks to allow people to discover your project?

React is a child of Facebook, which means it had from the start a high code quality and a wide audience.

RoR was released as open source in 2004 by the creators of Basecamp. There wasn't much else back then, and again, they were starting to build an audience.

Vue.js I honestly have no idea :D

But my take is that the general factors are the same as to why some videos become viral. A mix of quality, audience, and the right moment to push it.

By the way, if you have a project which you think deserves attention publish it everywhere: here, on relevant subreddits, on Twitter, on Product Hunt etc... Best is if you already have a following. You can ask more famous individuals to promote it (retweet etc.) if they find it useful. And don't publish once! Keep working on it, keep publishing updates, be consistent and if it's actually good eventually you'll get a following. 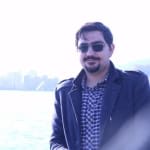 An Answer to "How to introduce your project to the world?"

Music Monday — What are you listening to? (Live Music Edition)

Once suspended, dimensi0n will not be able to comment or publish posts until their suspension is removed.

Once unsuspended, dimensi0n will be able to comment and publish posts again.

Once unpublished, all posts by dimensi0n will become hidden and only accessible to themselves.

If dimensi0n is not suspended, they can still re-publish their posts from their dashboard.

Once unpublished, this post will become invisible to the public and only accessible to Erwan ROUSSEL.

Thanks for keeping DEV Community 👩‍💻👨‍💻 safe. Here is what you can do to flag dimensi0n:

Unflagging dimensi0n will restore default visibility to their posts.