What Do Code Reviewers Look For?

So what do i mean by design? I refer to design by the overall design of the change list.

1) Check whether the author of the code have done what he/she was intended to do based on the change list.
2) Think in terms of the end-users and also the developers who is going to use this code in future .

3) Think about the edge cases , looking for concurrency problems , and making sure that there are no bugs that you see just by looking at the code.
4) If you don't have any idea about what is going on , you can have the developer/author of the code to give you a demo of the functionality before going through the code.
5) If any kind of parallel programming is going on in the change list make sure there are no deadlocks or race conditions

1) If the author of the code approached more complex way and also in a way it can't be understood quickly then it means that he/she is likely to introduce bugs when they try to modify this code in future.
2) Generics are good but not always. A developer should know when it is likely to be approached using generics and when not to.

1) Never approve a pull request that doesn't have corresponding unit test, integration, or end-to-end test. In general , tests should be added in the same change list

2) Check whether tests actually fail when the code is broken , do they make simple and useful assertions , are they separated appropriately between test methods.
3) Tests are equal importance as of to the actual code base , so check for complexity in unit test as well.

A valid name is enough to fully communicate what the actual functionality is.

1) Check whether the author of the code uses good/valid name for everything . It can be variable, method,class declaration literally everything.

Comments are useful when they explain why some code exists and it should not be a place where to explain everything the code is doing. If the code isn't clear enough to explain itself , then it should be made simpler.

1) Check whether there are clear comments and also whether those comments are actually necessary.

1) Ask for documentation from the author of the code and also ask them to update associated documentation for the code change that they made
2) Also consider whether a part of the documentation need to be deleted or so, when the particular functionality is removed. 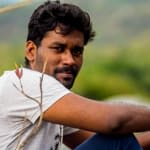 How to become a better Code Reviewer - Part 3 : How to write code review comments?

Once suspended, divakarkumar will not be able to comment or publish posts until their suspension is removed.

Once unsuspended, divakarkumar will be able to comment and publish posts again.

Once unpublished, all posts by divakarkumar will become hidden and only accessible to themselves.

If divakarkumar is not suspended, they can still re-publish their posts from their dashboard.

Once unpublished, this post will become invisible to the public and only accessible to Divakar Kumar.

Thanks for keeping DEV Community 👩‍💻👨‍💻 safe. Here is what you can do to flag divakarkumar:

Unflagging divakarkumar will restore default visibility to their posts.