Other Articles in Series

Sadly, unlike Zen 3, console prices have not decreased since January. While they have had cycles, consoles have remained steady at around $800 for PS5s and Xbox Series X, and around $400 for the Series S. The only solace in this is that there are far fewer consoles being sold on these sites daily compared to earlier in the year, most likely an indicator of more people being able to buy consoles in store. While I did not examine OfferUp or Craigslist in detail for this update, from what I saw there were similar price levels and number of listings. It should be made abundantly clear that this is no where near the full size of the scalping market, only a grey market which I have visibility into. I cannot scrape Craigslist, OfferUp, FB Marketplace, Discord channels, Twitter, PMs between people, back alley deals, and many other channels which people are scalping consoles, which I believe to be far larger.

Looking at eBay's pricing of PS5s, there seems to be an increase in price towards the end of the month before a sudden drop in price. Comparing to major game releases there does not appear to be any correlation, but there is a noticeable decrease in number of units sold as price increases. Perhaps there are monthly restockings that get listed on eBay bringing prices down and as it gets bought prices creep up. Unfortunately there's no way to measure shipments. Regardless, 400-600 PS5s and 250-300 Xboxes are still sold on eBay daily. 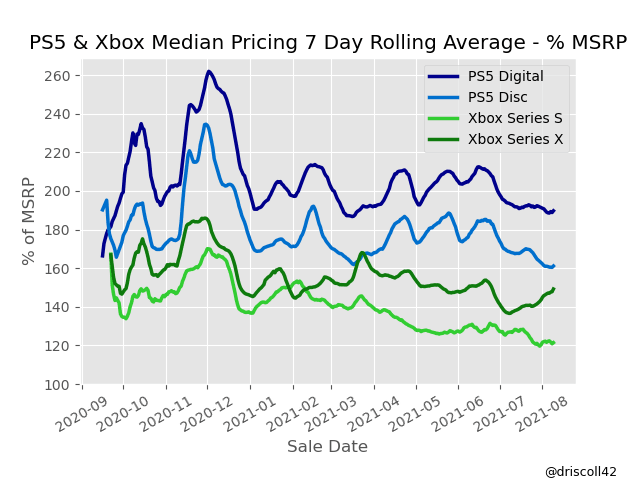 StockX has actually sold more PS5s than eBay, though it is by a small margin. Presumably this is due to slightly lower fees on StockX, though with eBay having higher median prices, one would expect sellers would profit more on eBay. eBay has sold more Xboxes by a large margin, as to why I don't know.

Looking at the cumulative profit plots, there are distinct spikes where large quantities of consoles went on sale, up to 1500 PS5s were sold on a single day for over $2 million in sales on that day alone. 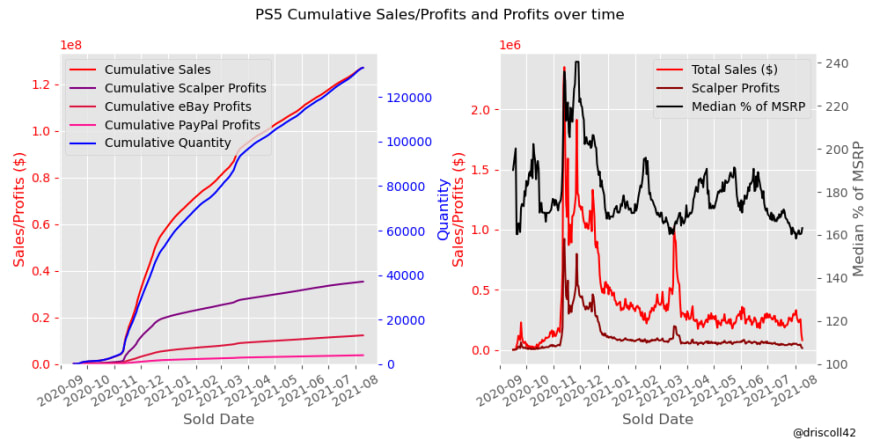 While a 14% of sales on eBay were by individuals selling a single console, 59% were by people selling more than 5 consoles, with a full 23% selling over 50 each. Clearly some scalpers are taking full advantage of this lucrative market. 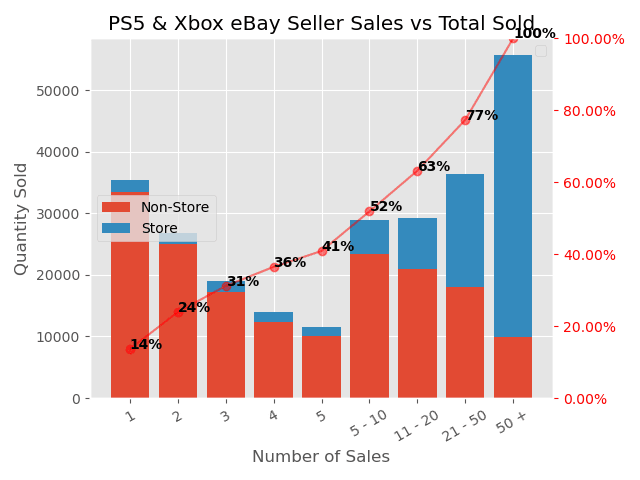 Wavelet Buffer In A Nutshell

A 🦣 opportunity for developers

Thanks for keeping DEV Community 👩‍💻👨‍💻 safe. Here is what you can do to flag driscoll42: