Inspired by an article in Video Game Chronicle article about UK politicians call for action against PS5 and Xbox Series scalpers, I scraped UK eBay data to get an idea of how bad it is across the pond. As I am not a UK resident, if something seems off based on the UK market please let me know and I will correct it.

Nearly 35,000 PS5s were resold on eBay and StockX since the launch, going for more than 50% of their MSRP. Similar to the US market, The PS5 Digital is marked up higher relative to its MSRP than the PS5 disc indicating that people just want the console no matter which version. However while the US markets soared up to 260% MSRP, UK "only" reached 200% MSRP. More recently prices have been dropping in recent weeks, perhaps as the holidays have passed demand is dropping. 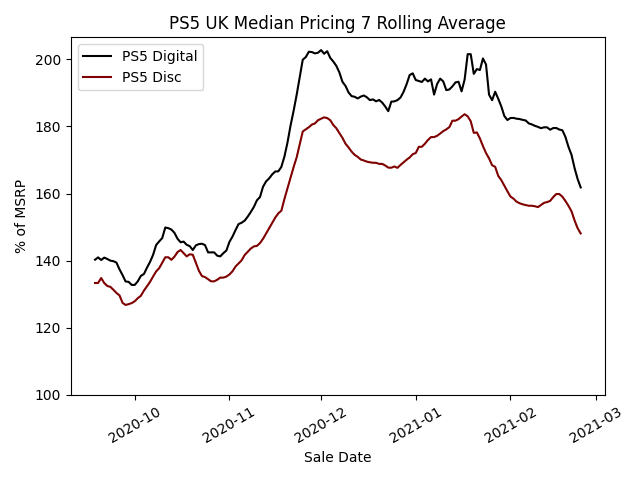 Note: StockX tracks sales in USD and I did not convert the above table to reflect this

Xbox Series S/X
The Xbox market again mirrors the US market, from the spike around early December to the Series S increasing in price recently, and of course fewer sales than PS5, around 29,000. The inflated cost never reached the same levels as the PS5, but it's still going for 20-30% over MSRP today. 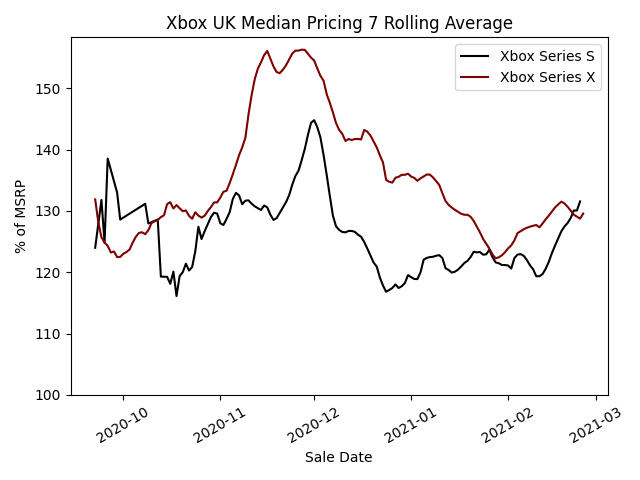 Note: StockX tracks sales in USD and I did not convert the above table to reflect this

RTX 30 Series
The RTX 30 Series have seen a recent surge in pricing across the board. I suspect this is due to American tariffs, and scalpers adjusting either because they are importing from the US, or just because they can get away with it. The 3080 is going for almost 3x its MSRP with the 3060 and 3070 over 175% MSRP. The 3090 again is the "least" overpriced at 150% MSRP, but had been closer to 120% for a while. I imagine that until American prices go down, UK prices won't either. eBay has seen just under 10,000 GPUs sold since the launches, or 25% the volume of the USA. 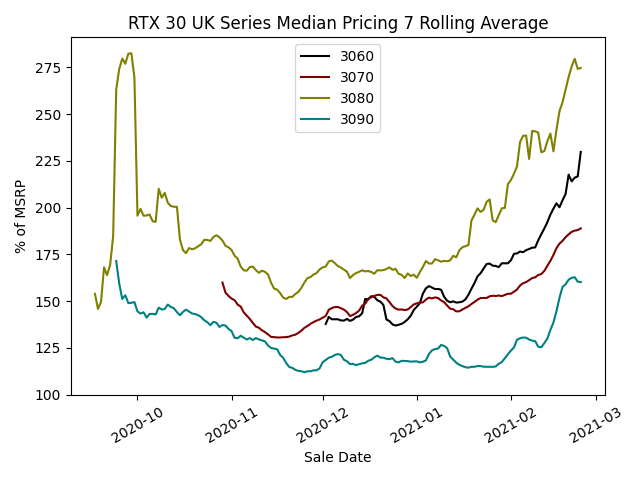 Big Navi/RDNA2
Big Navi is seeing a similar increase in pricing, but not as extreme as the RTX 30 cards, in the 150-170% MSRP range. These increases were only in the past month, could be due to tariffs or people just getting fed up. But only 630 GPUs have sold since launch on eBay, 20% what were sold in the US, and compared to the RTX 30 series a mere fracion. 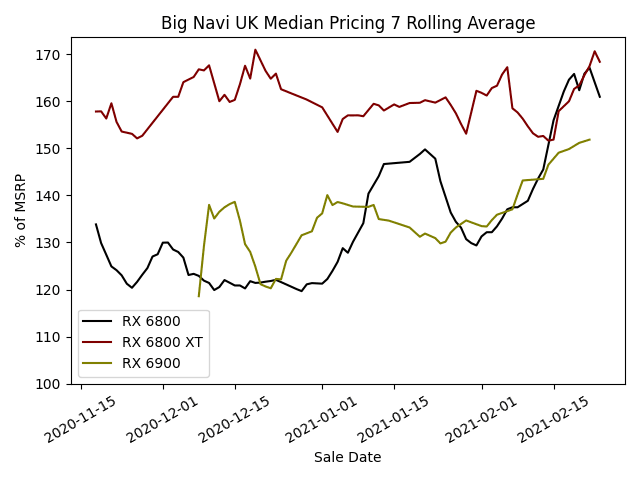 The real takeaway for Zen 3 in the UK is just the scarcity of parts compared to the US. 10% the number of Zen 3 CPUs have sold on eBay. It appears that AMD is just unable to get CPUs over to the UK as it's having trouble enough supplying the US. The recent increase in pricing of the 5950X and 5900X are clear evidence of this, there are few listings and very few sales as some people just give up and buy the CPU despite the price gouging. Curiously overall the 5800X seems to be a small loss for scalpers, clearly many are just trying to cut losses now and sell the stock they have. 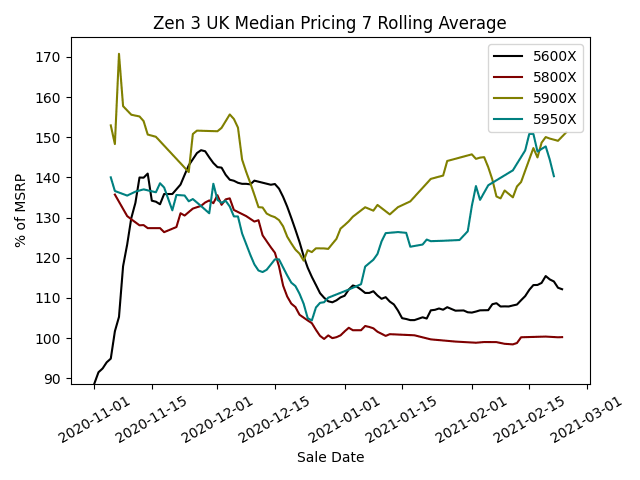 So Fresh and So Data Clean - Event

Thanks for keeping DEV Community safe. Here is what you can do to flag driscoll42: