It has been over six months since my last series of articles and it's time for an update on the eBay/StockX market for Zen 3, Big Navi, Ampere, and the PS5/Xbox. I'll be posting an article each day with how the markets have changed.

The story of the price drops on eBay is primarily the story of Antonline's pricing. On March 17, Antonline sold over 1000 5600X's in less than two weeks at $321, and has steadily been dropping prices every few weeks, in late May to $297 selling another 500, and more recently in July to $270, less than MSRP, presumably to clear stock. A similar story plays out for the 5900X, most dramatically on May 6 where Antonline made it available for $585 and sold over 600 CPUs, and they also made the 5950X available for $879 and sold over 700 CPUs in a week. Antonline sets a maximum on eBay for pricing and by now it's unprofitable to scalp Zen 3 CPUs 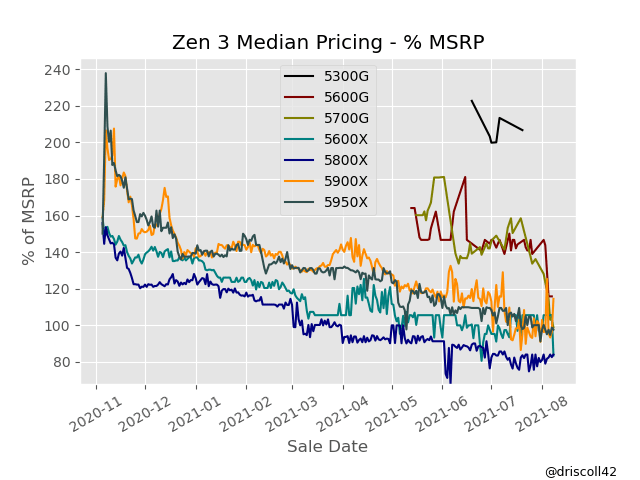 StockX's market trends largely mirror eBay's, just vastly smaller, only 8% the quantity sold and 10% in revenue, and slightly cheaper, ~3% cheaper in the past week except the 5600X which is 8% cheaper. By this point it is also unprofitable to scalp on StockX, unless one is trying to resell an old CPU to upgrade. 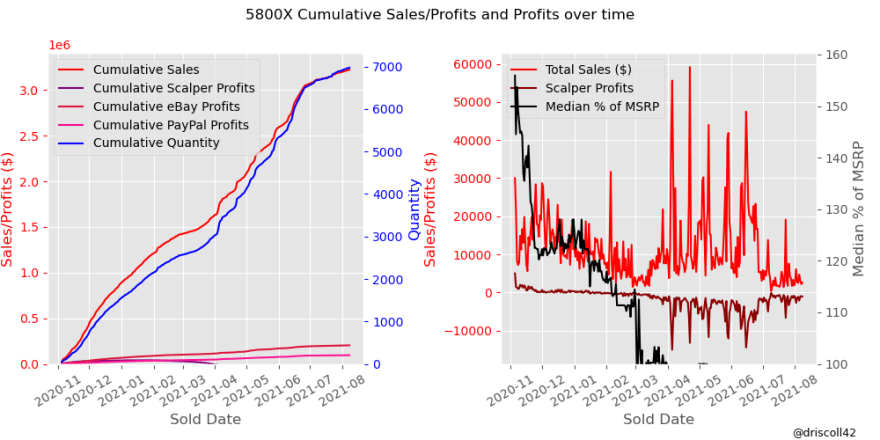 Plotting the Sales dollars over time, it is clear to see whenever there was a massive drop of stock on eBay as the total sales spikes high, also whenever the 5800X drops below some threshold (e.g. $500, $450, $500, etc...) that triggers a number of buyers. The real standout is the 5950X where Antonline saw $300,000 in revenue in a single day from making several hundred 5950X's for sale at once. 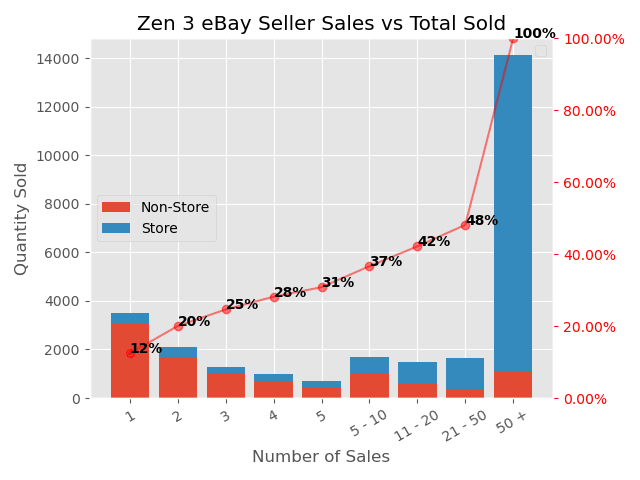 Taking a look again at who is selling the CPUs on eBay, by now it is clearly a few dominant players, mostly Antonline and Best Buy, who own the market, with 52% of CPUs sold by sellers who have sold over 50 CPUs. 31% of CPUs are still sold by sellers with <5 sales, but as the market normalizes, it'll be mostly the big retailers. 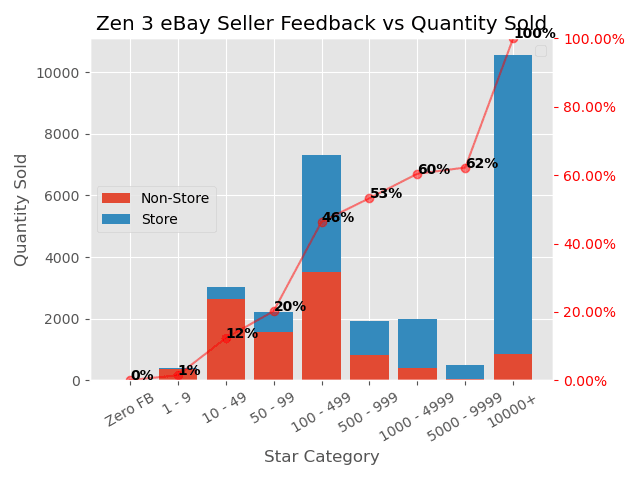 I have mostly filtered out the suspicious sellers now entirely, so very few have almost no feedback, but as before the plot is dominated by the two stores at the far end, though some other stores with less feedback even out the curve some.

I have opted not to get pricing on various other CPUs as I did last time primarily due to the increase in manual labor to scrape eBay now.

methods: Is it possible to connect vscode (on a local machine) with Google Colab (the free service) runtime?

Thanks for keeping DEV Community 👩‍💻👨‍💻 safe. Here is what you can do to flag driscoll42: