As a developer I spend a lot of time staring at screens throughout the day. Big part of it, of course, is due to my profession but I also stay on my laptop to work on side projects, read articles, watch videos, etc.

And then there’s my phone. It’s quite easy to take it out of the pocket to quickly check out Twitter, Dev.to, of course, or my email even though I’ve already done that 5 min ago.

I’ve been using the Digital Wellbeing app to keep track of my mobile screen time. Here’s a screenshot I made earlier today: 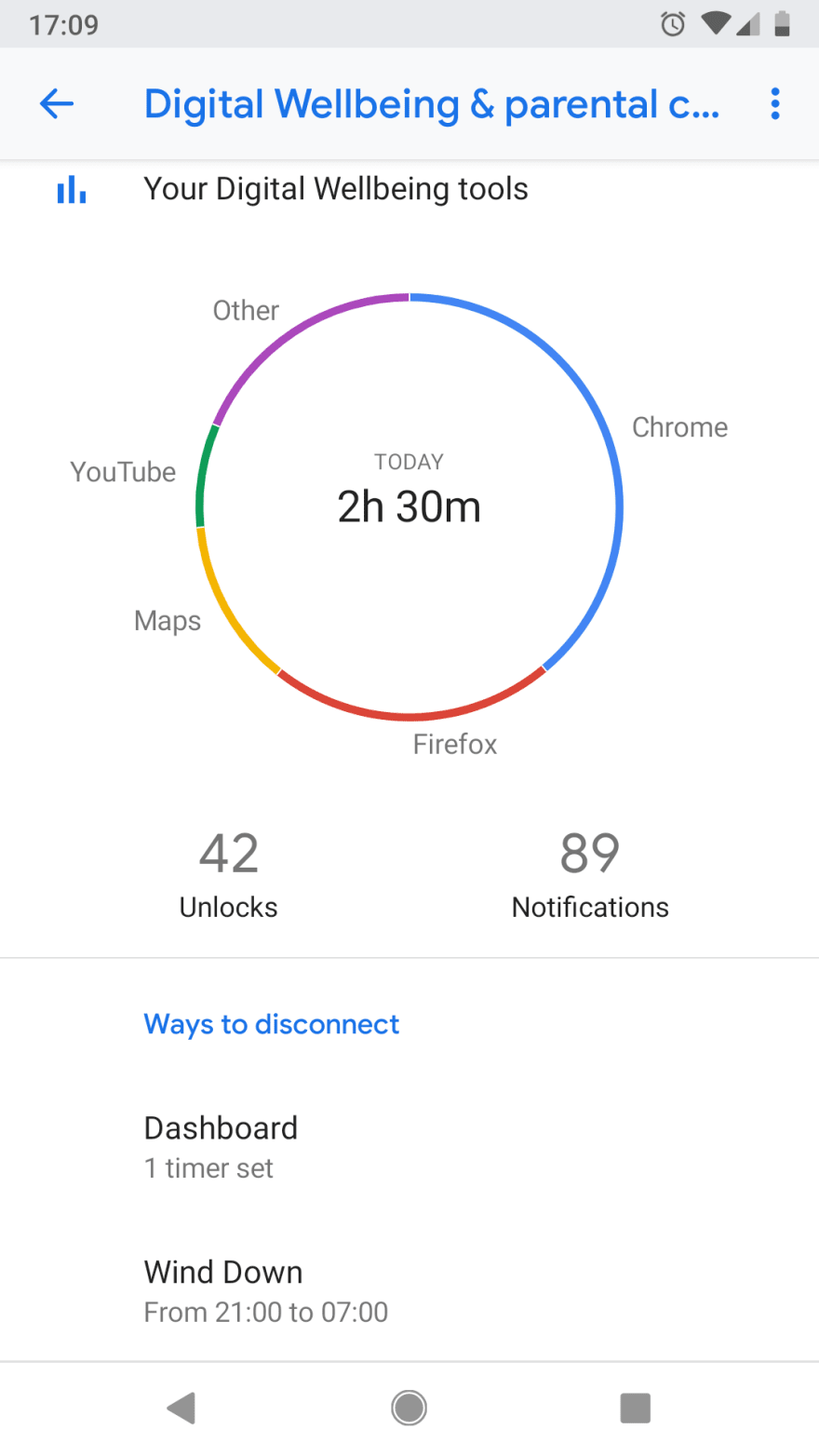 These days I’m spending between 2 and 3 hours a day on my phone. I think that’s quite a lot. Up until a month ago, I was spending not more than 1:15-30 hours on average.

Some of the strategies that I have for limiting the screen time are:

I would really like to cut some of the time. Maybe reduce it down to an hour. The data for how much I use the phone is there, an app that lets me block other apps is there but I miss the will power.

So, do you keep track of how much time you spend on your phone? Do you limit that time? If you do, what strategies are you using?

Music Monday — What are you listening to? (New Music Edition)

Once suspended, dzhavat will not be able to comment or publish posts until their suspension is removed.

Once unsuspended, dzhavat will be able to comment and publish posts again.

Once unpublished, all posts by dzhavat will become hidden and only accessible to themselves.

If dzhavat is not suspended, they can still re-publish their posts from their dashboard.

Once unpublished, this post will become invisible to the public and only accessible to Dzhavat Ushev.

Thanks for keeping DEV Community 👩‍💻👨‍💻 safe. Here is what you can do to flag dzhavat:

Unflagging dzhavat will restore default visibility to their posts.