Dear developer, coders, followers, and anyone interested in programming and IT! Cheers to everyone! Welcome to my blog on the “Dev.to” platform.

As in every industry, sharing knowledge and experience you gained, leads to an increase in the number of people interested in that industry, in the growth of the learning community, and powers innovation. Being inspired by the above-mentioned notes, I started my writing journey. I hope they will be useful for the ones who read them.

I decided to dedicate a certain amount of my articles to “Ruby”, a famous PL (programming language), and my most loved one. 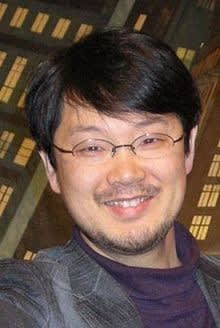 As this work was of great value to him, he decided to name this language like something precious and valuable. There were two words initially on his mind.“Coral” and “Ruby”. “Coral” — rare species that live deep in the sea and “Ruby” is the name of a precious stone. After a short period email communication, he and his friend decided to choose “Ruby”.

You can clearly see the simplicity in the “Ruby” PL code in the picture above. While you have to write several lines of code to achieve some simple task in some other programming languages, you can do it with a single-line code in “Ruby”. But it by no means states about “Ruby” PL’s advantage over the other language. Any programming language has pros and cons depending on the environment and type of project they are used.

“Ruby” is not a compiled language, but an interpreted language. Its interpreter can be downloaded from its official web page. Coming as a cross-platform language, it operates on Windows, Mac, Linux, and Unix based operating systems. On “Unix” based operating systems, Ruby’s interpreter is installed by default. On “Windows” OS, “Ruby” PL interpreter can be downloaded from https://rubyinstaller.org/ to start coding immediately. By installing this one, you can decrease your installation and setting time and start writing code after a couple of clicks. 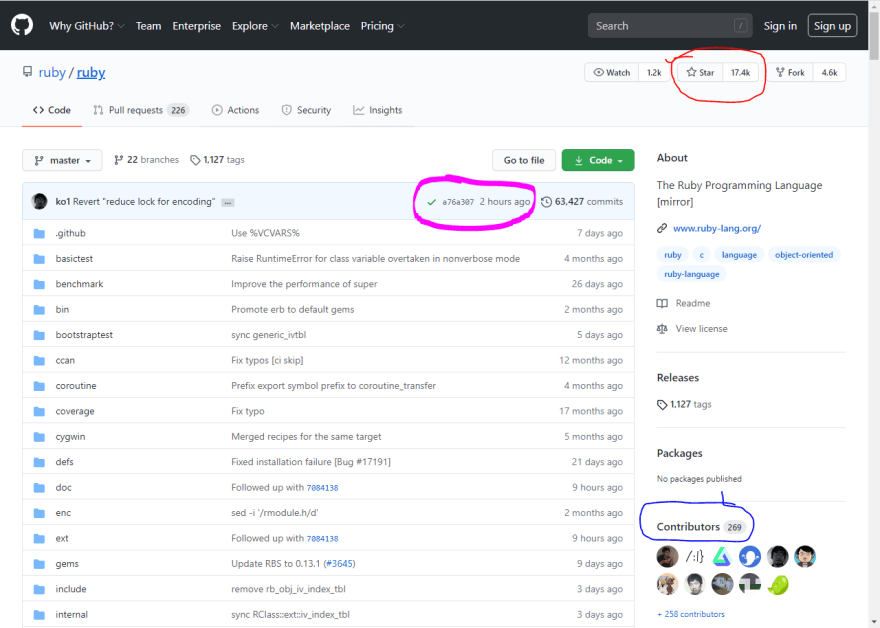 As you see in the picture above, the “Ruby” PL Github page has more than 17 thousand stars (in red). A blue mark shows the number of contributors to the project and it is 269 now. The date of the last contribution (in Fuchsia) is 2 hours ago, which means it is being actively developed(Article was written on 19.10.2020).

I will keep on writing more about my favorite programming language “Ruby”. So stick with me if you started loving “Ruby” or have some interest in trying a couple of lines in a short while.
Goodbye and Good luck!

JavaScript Interview Question #38: Can you add multiple arrays in JavaScript?

Coderslang: Become a Software Engineer - May 6

6 actionable steps to make you more employable as a newbie 💼

How To Make a Progressive Web App without Coding

Merdan Durdiyev
I am a dreamer, refiner and achiever, in all aspects of my life. At least trying to be so :-)
Ruby’s precious gems
#rails #ruby #gems #beginners
A short intro to React.js
#beginners #codenewbie #reactnative #react
A short intro into classes in Ruby
#ruby #oop #codenewbie #tutorial