Assassin works to kill database transactions that block the UI.

Database operations can be slow, but no existing databases solve this problem the obvious way: outsource difficult tasks to web workers. 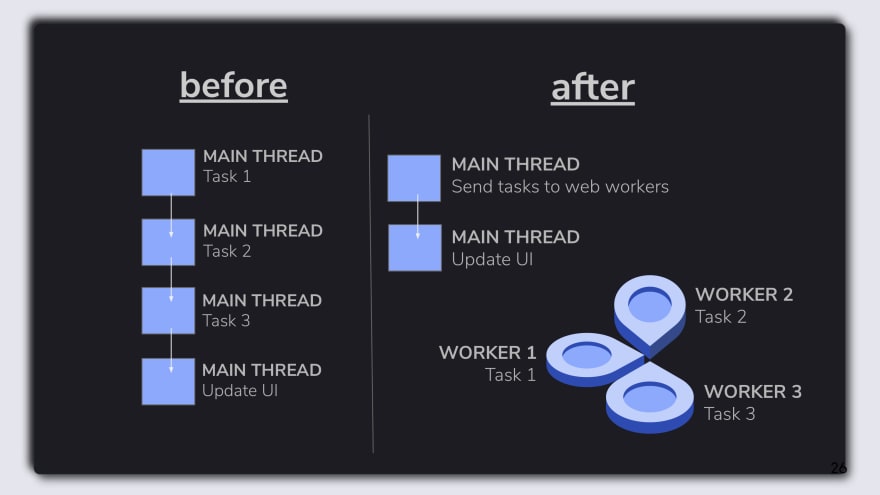 I wanted to make a database that is:

That's why I created my own database with JavaScript.

💫  Lightweight: Shipped with less than 100 lines of client side code.

⚖️  Decentralized: Your database has no single point of failure. If the server goes down, your data is easy to retrieve.

Why is it called Assassin?

And if you really want to help make Assassin better, contribute to the GitHub repo!

Assassin is open source, and always will be.

Thanks for keeping DEV Community 👩‍💻👨‍💻 safe. Here is what you can do to flag ender_minyard: