Git and GitHub are must-learn tools for every software developer. These tools not only make it easy to track changes in your personal projects, but they also make it seamless to contribute and coordinate team projects. This guide is to help every beginner to harness their skills and have an easy time learning and using these tools. Let’s get into it.

What is a version control system?

Version control systems are tools that are used by software developers to track and manage changes in a project. These tools keep track of the change made, who made and the time it was made. Thus, making it easy to turn back to the previous versions of a document and identify errors if they occur.

A local version control system is a type of VCs that uses the local database in your computer to store the changes made. It stores them as a patch where every patch contains the changes made to the file since the previous versions and not the entire file. Consequently, to see how the file appeared at any instance, you have to add all the relevant patches to come up with the document. 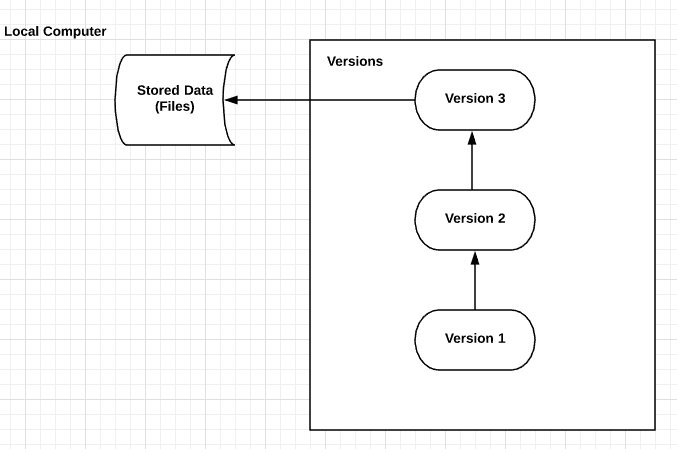 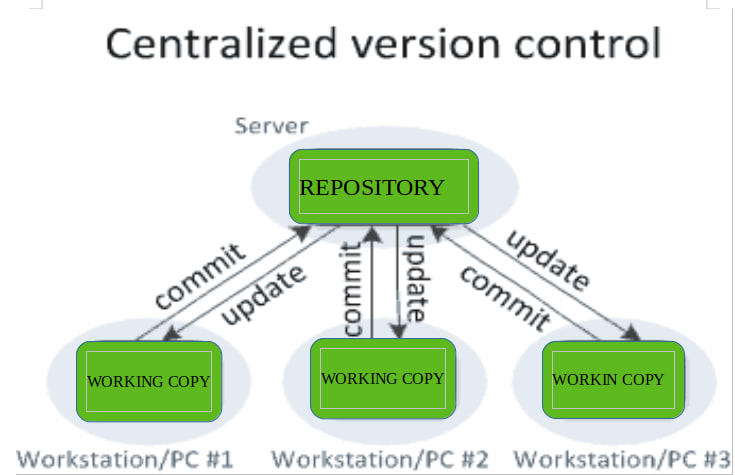 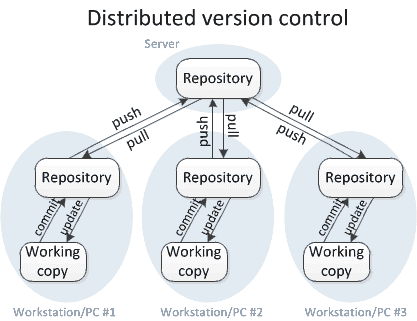 Git is an open-source distributed version control software that was created in 2005 by Linus Torvalds for the Linux kernel. It allows a team of developers to work on a project where each of them has a copy of their main repository which is located in the central server.

There are many alternatives to GitHub such as GitLab and bitbucket. Consequently, you do not necessarily need GitHub to use git, but you require git to use GitHub.

Getting started with GIT

You need to install git on your operating system. This guide here will help you.
Also, create a GitHub account, and let’s move on.

How git GitHub woks and its commands 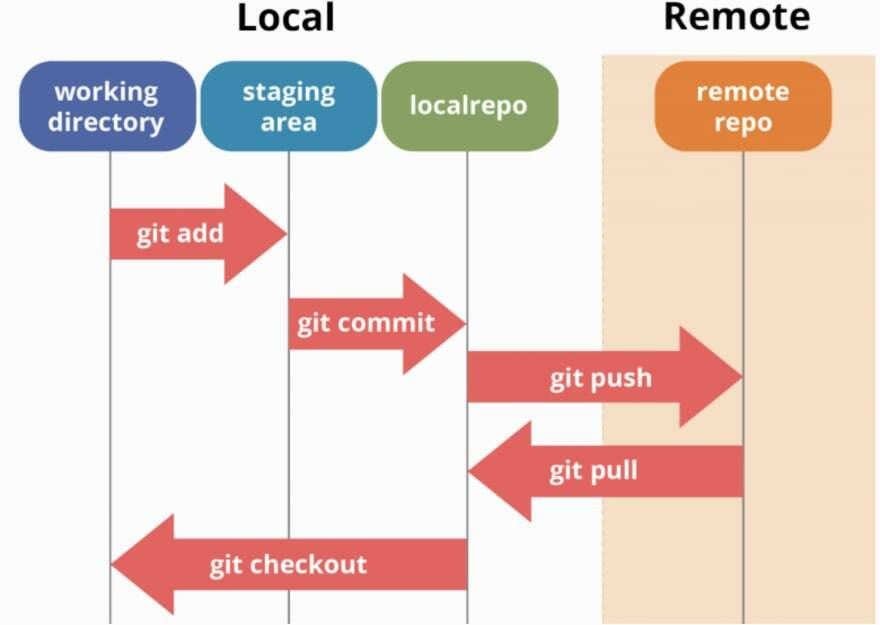 Let's discuss the diagram briefly;
After the user makes changes on the working file, git takes notice of the recently modified files. the user can check the modified files using git status command.

The modified files are added to a staging area which acts as the temporary location for the files.

All the staged files are ready to be committed/moved to a local repository. Up to this point the changes are only visible on the developer’s local machine and cannot be accessed by other contributors online.
To make the file available online, you need to host on an online hosting service such as GitHub. So, you need to push the local repository to sync it with the remote repository.

git add command is used to move the files to the staging area for committing. To stage your files use the commands below;
git add filename- to add a specific file

git add -all which is shortened to git add -A stages all the files, that is the new, modified and deleted files. On the other hand the git add . command stages only the new and modified files excluding the deleted files.

After setting the origin remote repository, you can now pull the changes using the below command;

*Note: * it is a good practice that you pull the changes before the push command when working on a team’s project.

Branching and merging on GitHub

Branching simply means creating a different line of development (branch) where you can test and experiment new things before implementing them into the main codebase. Thus practicing branching will save you from messing up with production codebase.

A locally created branch is only available on your device and not available to the other team members. You can push this local branch to make it available remotely using the below command.

git branch –d branchname command is used to delete branches after merging the changes.
In some cases git may refuse to delete the branch if it has changes which have not been merged with the main branch which is a safety mechanism to prevent accidental loss of data.

However, if you are sure you want top delete the branch with uncommitted changes, you can use the command below;

Also, you use the following command to delete a remote repository;

I greatly appreciate that you stopped by. I hope the article has been of help. You can also this article on how to contribute on GitHub and how to sync your repository.