It's been a while since I wrote, which I've already forgiven myself for. The last thing I wanted to do when I began this journey toward game design (specifically) and general design (less specifically), was lose myself in the work of commenting on my work.

A Little Bit of Background

I've been a writer for a long time. I wrote fan fic way back in high school and my own short stories here and there. Eventually, I began writing with the intent of world building, striking out into my own creative endeavors and as I matured further, I began using my writing to try and communicate with the rest of the world.
This is ironic considering I've never published anything and have rarely publicized any of my work (I dare you to try and find something of mine; I'll wait).

But it wasn't until a couple of years ago that I went back to the drawing board, so to speak, and began to really learn how to write. I began studying story structure and the various ways we communicate our thoughts, feelings and perspective to others.
And in my journey toward being a game designer and developer, I began exposing myself to a broader horizon of communicative tools.

I built a computer recently, for the first time. I made enough money on a recent nursing contract in New York, working with Covid-19 patients, that I was able to build something robust, future proof. The machine does anything I need, and I began taking full advantage of this. I acquired software and hardware to suit my interests and began learning what I needed to do build toward a career as a game designer and developer.

This computer's capabilities made media art a real possibility for me. Podcasting, animation, music, storyboarding, drafting, etc, all of it was available to me know so long as I studied.

I've always loved drawing and while I've had barely any formal training, I had been practicing more and learning from the internet in recent months. I've always had a fascination with Japanese anime, and the diminished focus on realism in hand-drawn animation appealed to the lazy student within me. 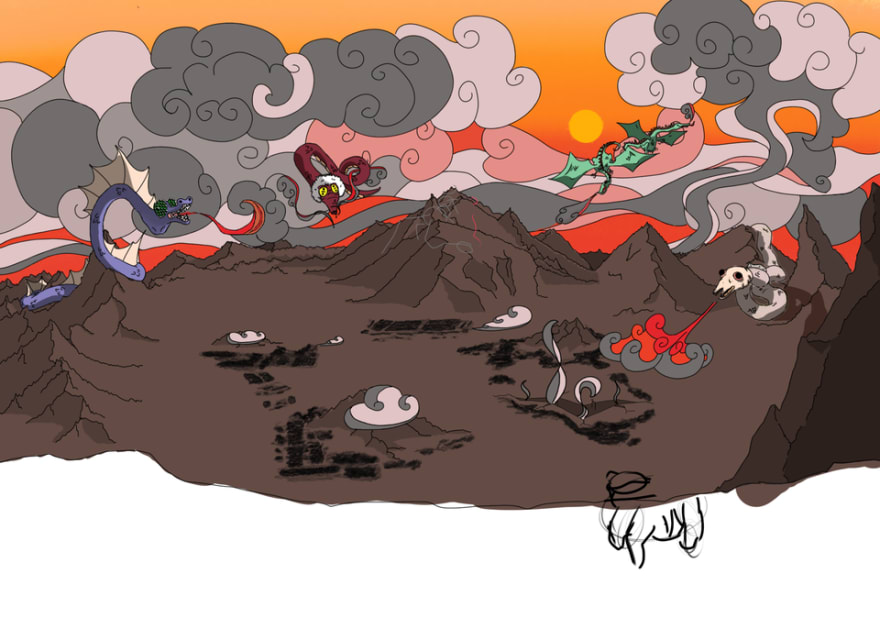 As a result I began dabbling in animation with the intent of marrying my writing skills and experience with my intense focus on the design and implementation of limited animation.
So I began looking for inspiration and guidance. This led me to older anime like Lupin III and Princess Mononoke, titles I grew up with. I'd always been a fan of Studio Ghibli and the anime of the 70's - 90's, though I had never had much exposure to the mature mainstream anime market of the post-2000's. As a result I'm not familiar with what anime eventually became, and remained in the past, before computers took over the job of animating and you could still see the work of real pencils and ink in the medium itself.

After learning a bit about Adobe Animator and the rest of the suite, I decided eschewing technology in favor of the tradition I was familiar with was a bad idea. I began studying Animator and Plastic Animation Paper and creating my own work.

I fell in love with animating instantly, so I took to redoubling my efforts to learn art and expand my skill. I felt a rush every time I completed a little project and even reviewing my frames got me excited about the prospect of bringing my stories to life.

Soon I turned back to anime studies. I began learning more about Satoshi Kon, who worked on Perfect Blue, Millennial Actress, Paranoia Agent and others throughout his long career in Japanese animation. I've always been a long time fan of the American political drama The West Wing, and so I began a study of its characters to create a lineup of anime versions.

While I'm not happy with the work I produced, completing it inspired me to continue honing my skills and developing my own style. I've been studying anime further through Christina Wu's course on Udemy, completing structure studies recently that will help me develop my sense of self as an artist. 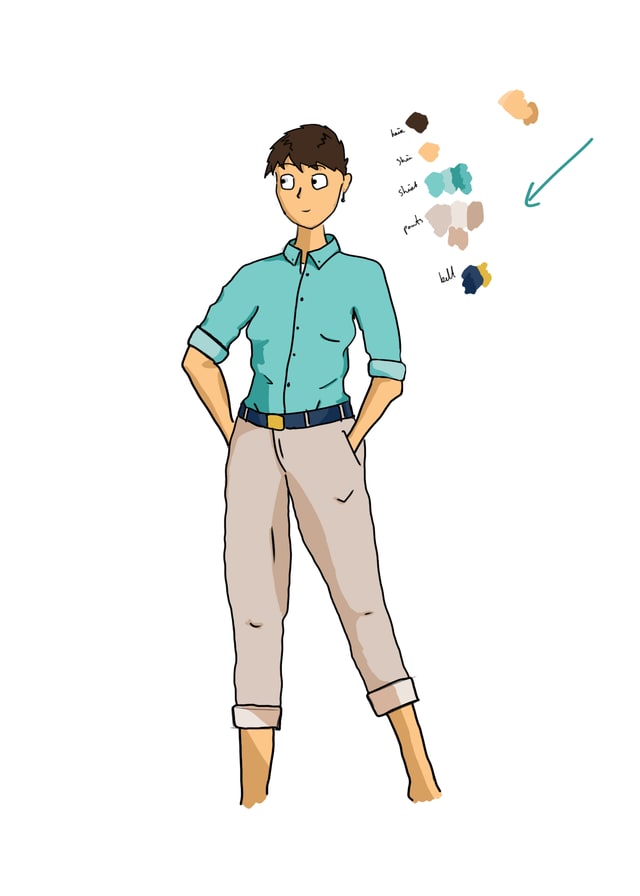 I finished Yukiko after learning a bit more about how to manipulate and apply color in Photoshop CC, but was unsatisfied with certain features (like the eyes, which are admittedly better than Toby Ziegler's in the above West Wing tribute series), and ashamed of having to hide hands and avoid feet.
So I moved toward the specific studies Christina's course offers, and am very happy with the results. 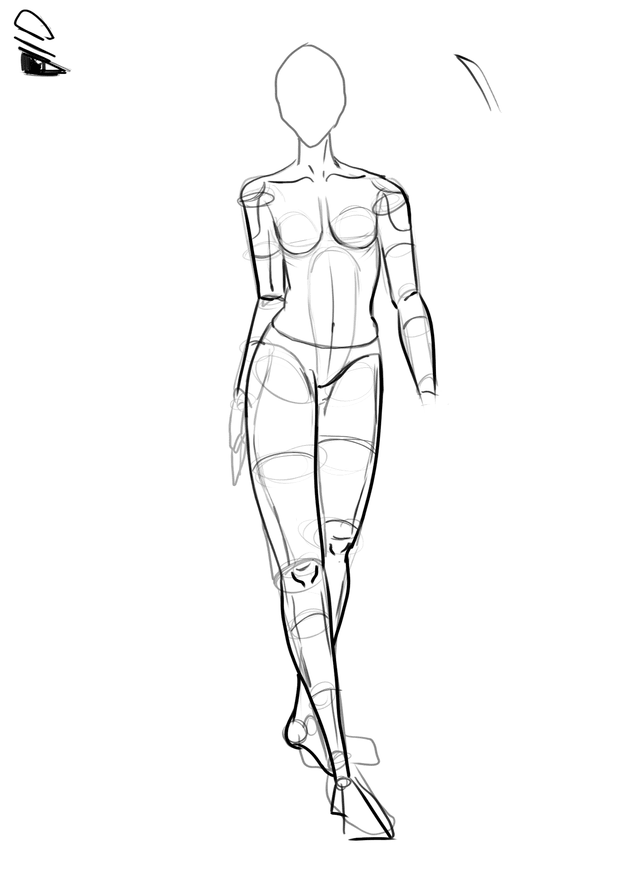 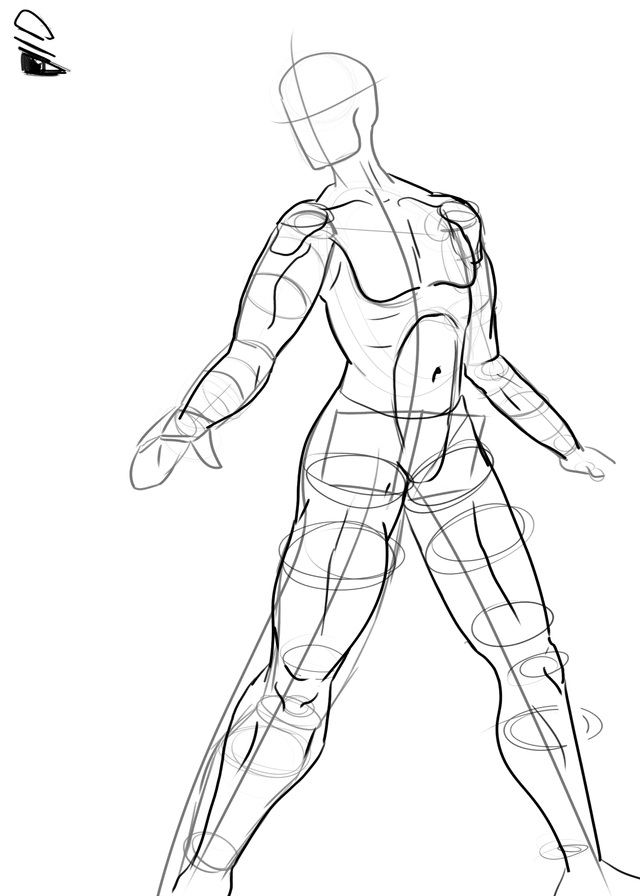 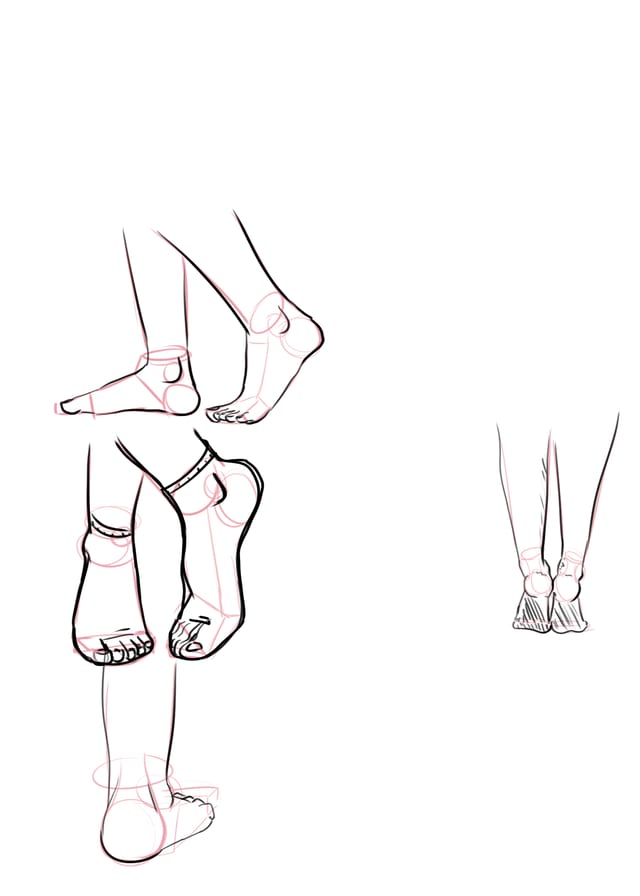 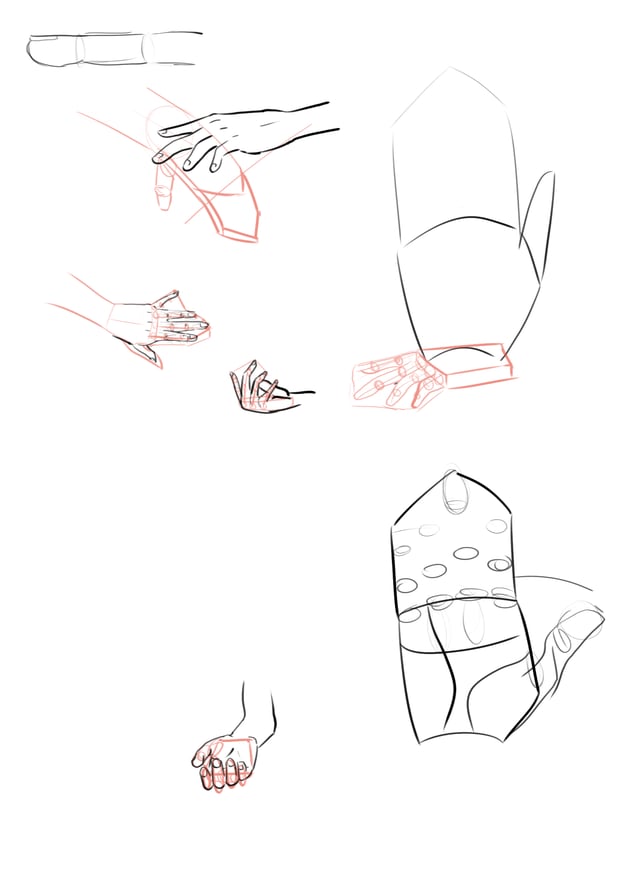 So What's the Lesson?

I was intimidated by game design in general because I felt trapped between two choices: Make the entire game yourself or somehow dupe a team of people into working with you and doing all the work.

The former seemed impossible and the latter seemed distasteful. I've never asked anyone to work for free and I don't intend to. Because I started as a writer, and one of my driving motivations for game design is storytelling and the crafting of experiences for others, I decided that the best place to start then was in skills that allowed me to convey my stories in ways other than the written word.

And so, I'm focused on animating. I want to write scripts and make short films and learn to build my own sense of style, rather than rely on others to draw that all together for me. Eventually I will still have to put in the time programming my games, but by the time I'm ready to tackle that challenge I will have a wealth of work behind me showing others that I can be relied on to have something of value to contribute to my vision aside from the vision itself.

I knew this journey would be a slow one, so I'm doing my best to savor it.

Errant Signal Games
I am a nurse making a career transition to independent game development with aspirations to build a publishing company.
Learning what it means to pursue a passion
#career #indiedev #publishing #design

Once suspended, errant_games will not be able to comment or publish posts until their suspension is removed.

Once unsuspended, errant_games will be able to comment and publish posts again.

Once unpublished, all posts by errant_games will become hidden and only accessible to themselves.

If errant_games is not suspended, they can still re-publish their posts from their dashboard.

Once unpublished, this post will become invisible to the public and only accessible to Errant Signal Games.

Thanks for keeping DEV Community safe. Here is what you can do to flag errant_games:

Unflagging errant_games will restore default visibility to their posts.