Several months ago, I was using a mental health app that asked me for a $200 in app purchase. 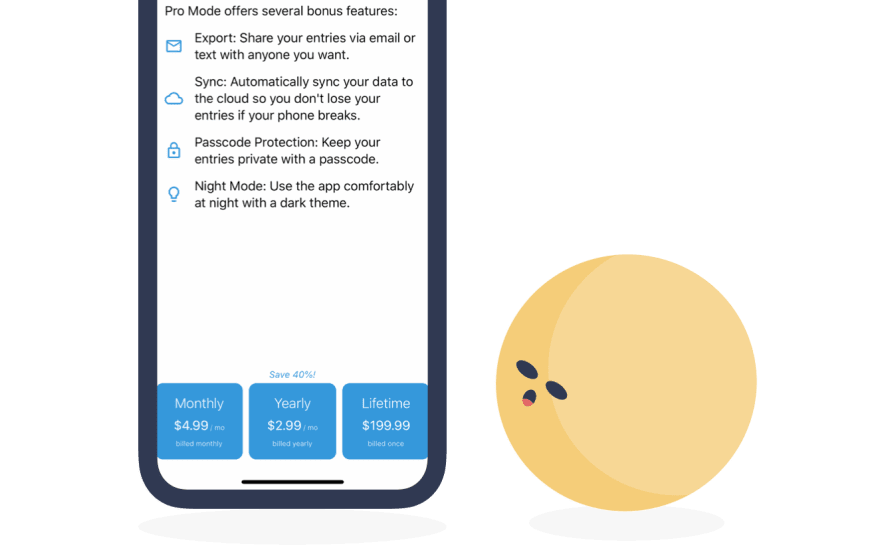 At least no one of reasonable mind does so willingly.

Now, I get everyone's got to support themselves somehow. It costs a lot of money just to put the app on the store, let alone spending the time and skill to develop an app.

And surely no one was ever forced to pay $200 at any given point. But health apps deal with extremely vulnerable people; and... you just can't do that.

Many poorly created, lackluster mental health apps have been spit out in the last couple years. It's unfortunate that there's no reasonable standards about these apps.

So let's make some:

Since Cognitive Behavioral Therapy (CBT) is one of the most widespread and common forms of treatment, we'll focus on those for the moment.

Those seem like simple goals, yet many existing mental health apps seem to fail on both.

Don't include features for one particular condition at the expense of other conditions. For example, don't couple mood tracking to thought tracking. If a user has to enter a mood in order to track a thought, then the entire app is ruined for people who use it for panic, OCD or another condition where mood isn't the primary focus.

Don't include non-CBT related treatments without good reason. No relaxation audio tracks or meditation guides. It's a CBT app, keep it focused on CBT.

Be quick and efficient. Thoughts shouldn't take 5 minutes to enter and you should be able to skip fields if it's reasonable. Don't let the perfect be the enemy of the good.

Thoughts are more valuable than passwords, treat them that way. Most people would rather give over their passwords than their CBT thoughts. They're incredibly private, occasionally involve other people, and frequently are embarrassing.

Don't have $200 dollar in app purchases. I'm looking at you CBT Thought Diary. I get it, developers need to make money. It costs a lot to just keep the app on the app store. But you're preying on vulnerable people. Very few people of rational mind will purposely spend $200s for a dark mode. Gimme a break.

Don't have dumb notifications. Scheduling is fine, abusing push notifications so your app has better traffic is scummy and gross.

Be open. Not every app has to be open source; it's a hard choice to make. But be clear and obvious within the app about what's going on with the user's data. Don't be sending it to some server without making that clear within the app, not within some dumb privacy policy no one will ever read.

Be extremely cautious about making engagement your core metric. User engagement is fine to be concerned about. We all want people who need help to be actually engaging in the help. But holy moly be careful about this. You do not want to drive something that is for many people a treatment into a self-perpetuating engagement loop. A ruthless focus on engagement has caused many a product to become skinner boxes. No one should ever be addicted to your mental health app.

On my weekends, I've been working on an iOS iteration of a Cognitive Behavioral Therapy health app.

Today that app, Quirk, is on the app store and you can get it here. 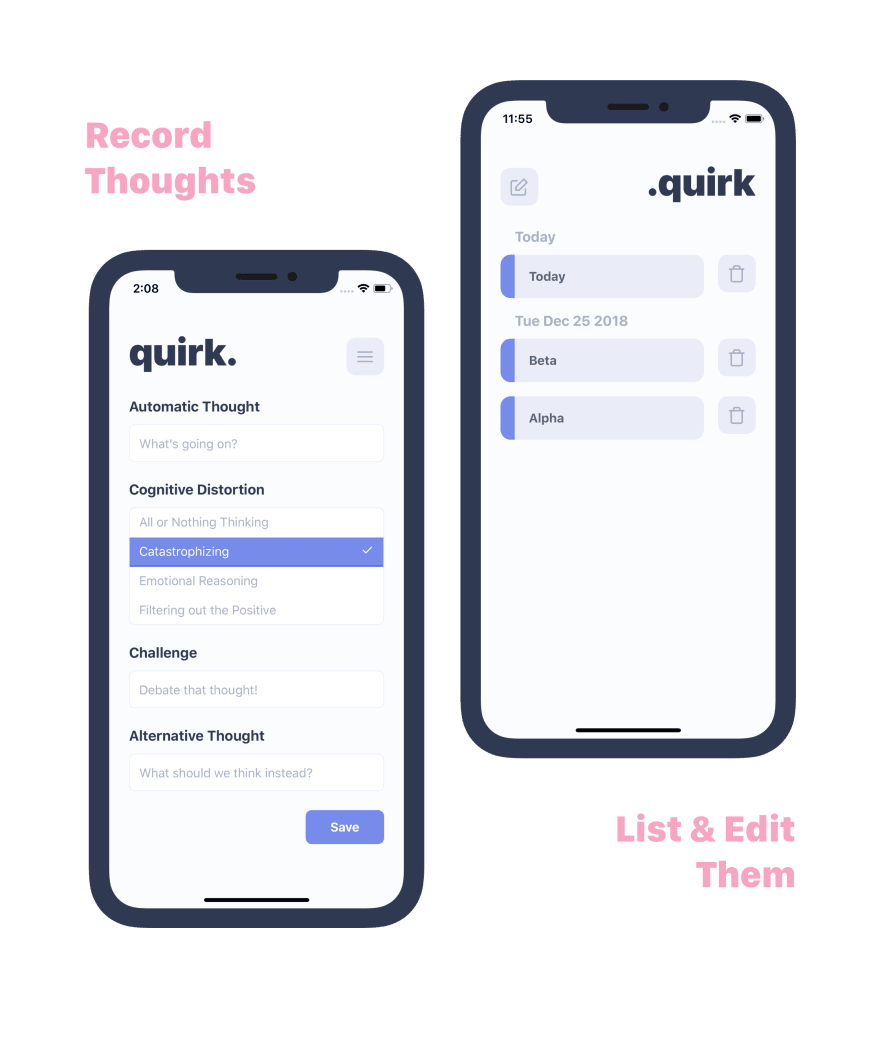 How to get and support Quirk

Why I am happy to be a Javascript developer?