It’s not easy to stay productive as a developer. It’s a mentally stressful job that can quickly exhaust the mind and also requires a lot of attention. Understanding how you can focus on your work, take shortcuts using automation, and deal with distractions can help you a lot in making the most out of your working hours. In this collection, you can find our best productivity tips for developers and programmers, from finding the best developer tools to taking regular breaks to successfully eliminating distractions while working.

Developer productivity starts with a good source code editor. Although there are many great options in the market, it’s hard to tell which is the best one — it all depends on your goals and needs. It’s worth trying out different code editors to see which one fits best with your workflow. Here are some important things to take into consideration…

--If your chosen code editor has an adequate theme and plugin ecosystem that provides the functionality you need (for instance, a high contrast theme if you have low vision).

--If you want to use your own code snippets and/or keyboard shortcuts, it’s also a good idea to pick a code editor that lets you add or import them. 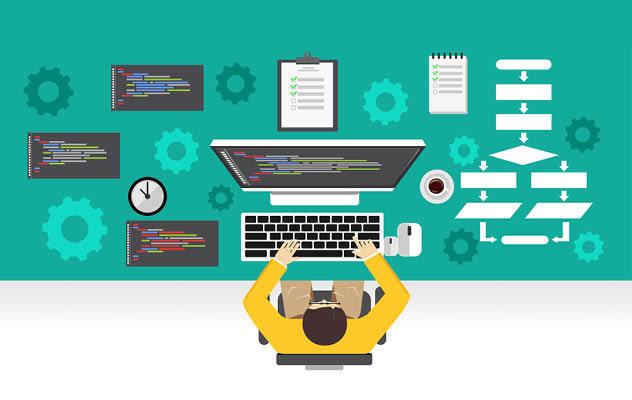 It’s easy to get lost in daily tasks and procrastination is also a common habit of developers — especially, if you work as a freelancer and have to manage your own deadlines. Therefore, it frequently happens that you work all day and by the end of the day, you realize that you have barely accomplished anything. You can avoid that if, rather than multitasking, you create a hierarchy of daily tasks and start with the most difficult task every day.

Although multitasking had been seen as a positive thing for many years, it turned out that it’s not suitable for most people. Research has shown that only 2% of the population are good at multitasking, while the rest can suffer a loss of productivity as high as 40%. So, if you are in the 2% keep going on with multitasking, otherwise prioritize your tasks and focus only on one thing at the same time. 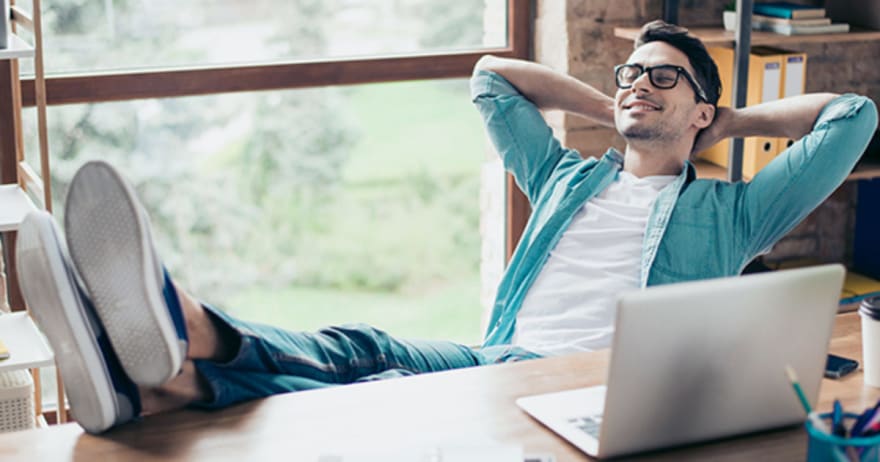 Humans can’t concentrate on the same thing for unlimited time and this is especially true of hard mental work such as programming. You can find different studies about the time limit people can focus on a task without their mind wandering off to something else. For example, this study states that sustained attention is possible for about 45 minutes, while another one mentions 52 consecutive minutes followed by a 17-minute break.

Then, we have the famous Pomodoro Technique that uses a tomato-shaped kitchen timer to measure time. It works with 25-minute time blocks with 5-minute short breaks and 10-minute long breaks. The Pomodoro Technique has become so popular with the developer community that there are even Pomodoro apps you can use while working.

All in all, there’s no golden rule here, and everyone has a different time limit, so you’ll need to experiment a bit to find out what works best for you. It’s also not worth following a very strict rule — if you are already in the flow, don’t interrupt your work just because the time for the break has arrived.

However, there’s one important thing to remember. The break has to be a real break when you do get up from your desk. Checking emails, Slack notifications, social media, blogs, or just staring at any kind of screen won’t matter as a break for your brain — every single research on the subject states this as a fact. 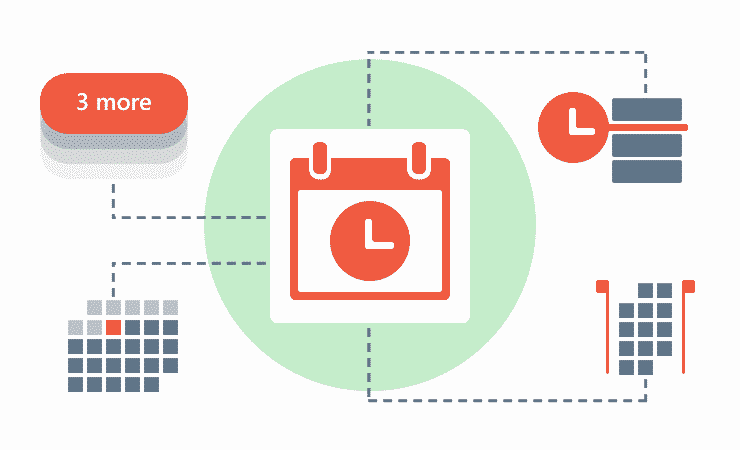 Scheduling your tasks in advance can also significantly increase your productivity. You can either create task lists and check off completed tasks using to-do apps such as Wunderlist and Todoist, or set up workflows with an app such as Trello. These days, there are also many great options that allow you to integrate different productivity tools, such as Zapier and IFTTT (If This Then That).

With task scheduling, you’ll also need to conduct some experiments and think about what kind of tools you’ll really need. You can use more than one apps for managing tasks for sure, however, there’s also a risk of using too many tools at the same time. In some cases, too much complexity can even lead to a loss of productivity. 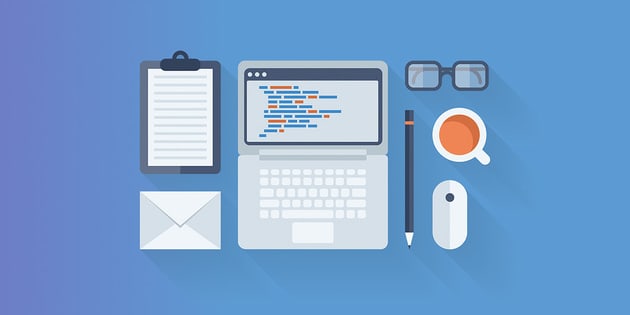 Although not everyone likes to track their working hours, putting a time tracking app into use can help a lot if you have problems with time management. Time tracking can increase your productivity mostly because you can see how you spent your time during the day so that you can screen out possible distractions. Time trackers can also be a godsend if you are a freelancer, as they help you bill your clients on an hourly basis.

Automating repetitive tasks is a must these days as a developer. It’s not a coincidence that DevOps (the intersection of Development and Operations) is all the rage recently, as it’s all about automation. You won’t need much automation in the development phase, however, making your development code ready for production does involve a lot of repetitive tasks.

For instance, as a frontend developer, you can use a task runner to automatically perform routine tasks on your code, such as minification, image optimization, auto-prefixing, and others. We have a recent article on the best build tools for frontend developers, but there are also many great options for backend programming that are worth checking out. 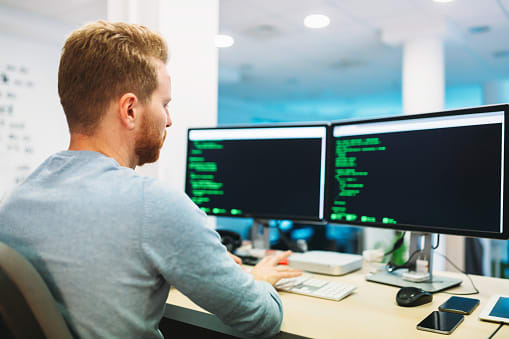 Besides automating tasks, it’s also a good idea to make a habit of using the command line in your everyday workflow. First, you can significantly speed up your workflow if you use a CLI (Command Line Interface) instead of a GUI (Graphical User Interface). For instance, here’s a tutorial about how to set up the WordPress CLI to speed up WordPress development and maintenance. Second, securely using CLI commands is an important programming skill that you can use in many other areas of your work.

Distractions are the biggest enemy of productivity, so you need to find a way to eliminate them as much as possible. Unfortunately, they have a sneaky nature, so it’s not easy at all to catch them. This is mainly because many times, they don’t seem like a distraction first.

For instance, checking your email every hour, watching a new video tutorial on YouTube, or chatting with colleagues on Slack can be seen as work-related tasks, but if you are spending too much time on them, you might find that you haven’t accomplished that much by the end of the day.

So, you need to be very careful about distractions and take precautions wherever you can. For example, you can decide to check your emails only twice a day, switch off Slack notifications while working, or block distracting websites that you frequently visit during work.

CONCLUSION
If you follow our productivity tips or at least some of them, you can use your working hours more efficiently and also improve your development workflow at the same time. Although picking up a new habit can be hard at first, it quickly becomes second nature.

Remember that experimentation is the key thing about productivity. If you try out a technique or tool that doesn’t work for you, ditch it, and move on to the next one, until you find the one that best fits with your workflow and personality.

Daksh Joshi
Full Stack Front-End Dev From India. For Backend I use PHP, Laravel, etc. And i do frontend in Nuxt.js and React.js.
Review my resume
#help #discuss #resume #beginners
What are the five (or more) things that a new developer should know and practice ?
#webdev #productivity #discuss #beginners
My take on commenting code - Explain why, not how
#webdev #rant #codequality #discuss