What is Execution Context?

Whenever we run a javascript file, even in the case of an empty javascript file by default the engine creates the Global Execution Context for us. Initially, this Execution Context will consist of two things - a global object and a variable called 'this', and it will reference the global object which will be 'window' if you're running JavaScript in the browser or 'global' if you're running it in a Node environment. 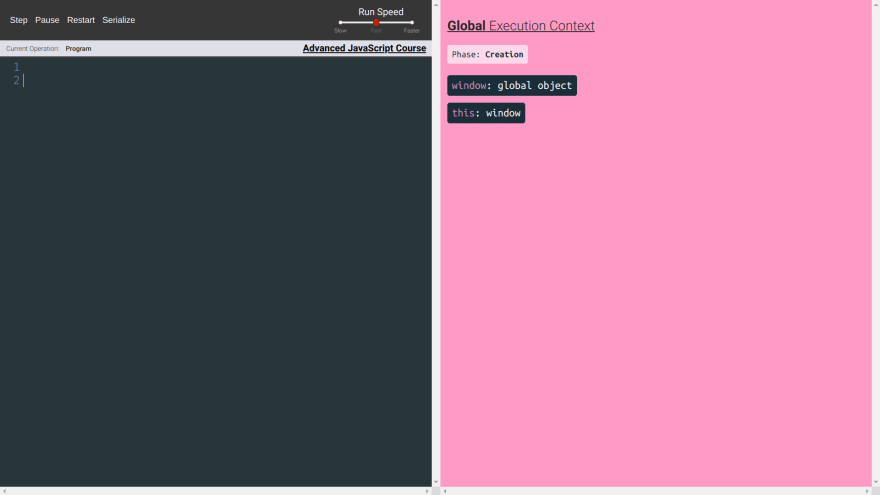 When we have variables and functions in our Execution Context, the code undergoes a two-stage process by default and the two phases are:

Creation Phase will do the following: 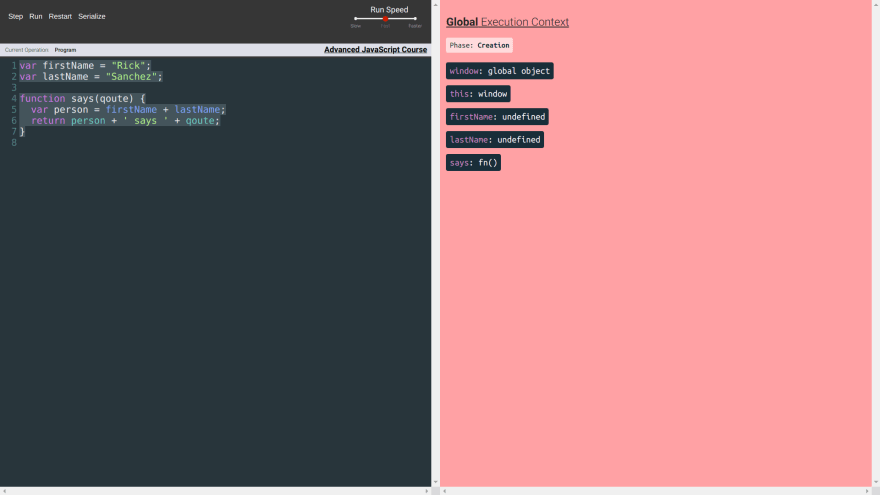 In the Execution phase, the JavaScript engine starts running our code line by line and executing it. 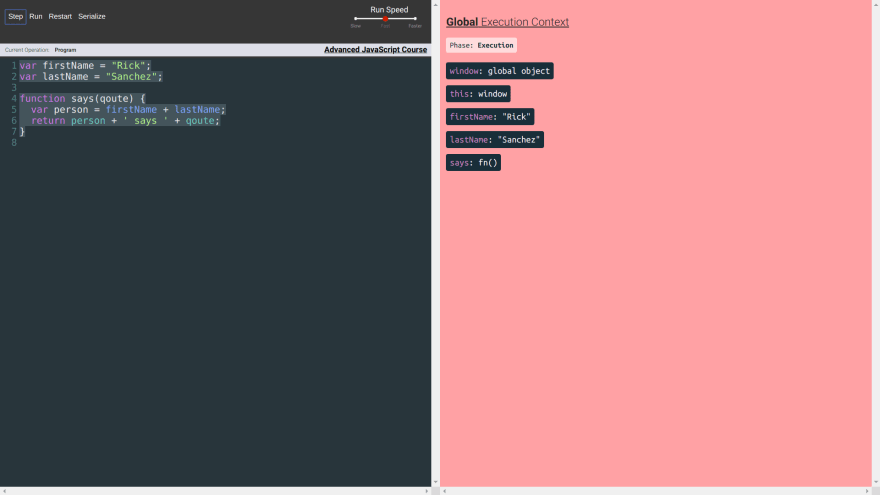 This process of assigning variable declarations a default value of 'undefined' during the creation phase is called Hoisting.

Creation Phase will do the following:

Even in Function Execution Context's creation phase is similar to the Global Creation phase but it changes the first step so instead of creating a global object it creates the arguments object with the received arguments. So the steps happening in the creation phase are: 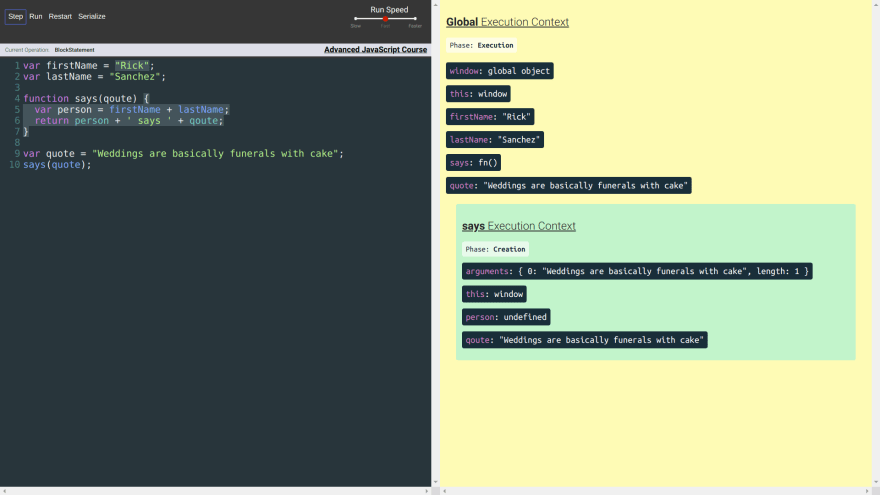 In the Execution phase again, the JavaScript engine starts running our code line by line and executing it. 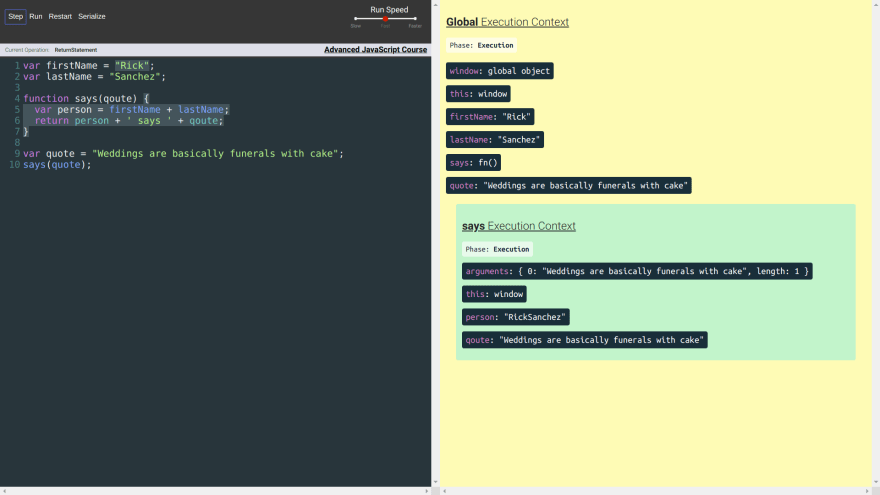 After when a function execution is over, that is by implicit/explicit return statement the function Execution Context gets deleted with all its variable environment(not always there is a special case called closures that we will see later) and becomes garbage for the garbage collector. 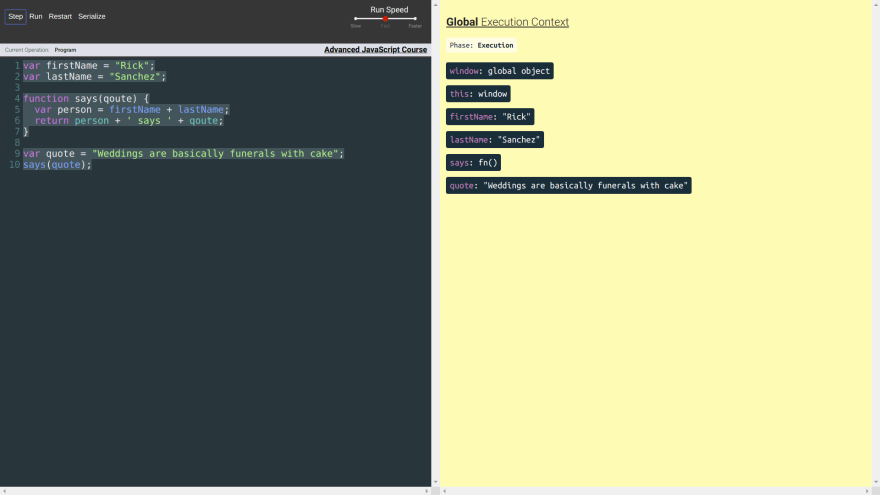 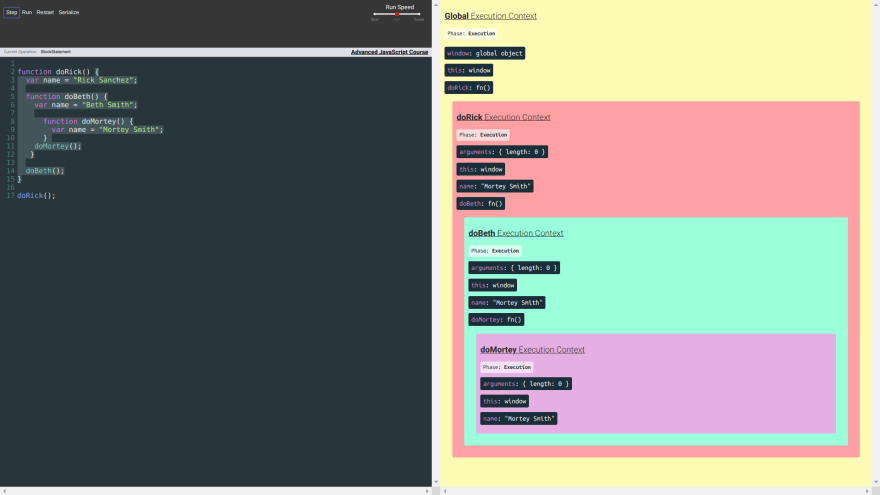 The Secret Life of functions does not end here there are more interesting things like scopes and magical-like closures. Do check them out.

I am a noobie developer, have some working experience in iOS & macOS Dev. now switching to web Dev and is madly in "Love with JS" :)

Gemahar Rafi
I am a noobie developer, have some working experience in iOS & macOS Dev. now switching to web Dev and is madly in "Love with JS" :)
var, let and const in JavaScript - Decoded...
#javascript #webdev