Charts are like wheelchairs for our feeble minds. If you want to make a data-informed decision, you better get the right help 🙂

“There is magic in graphs. The profile of a curve reveals in a flash a whole situation — the life history of an epidemic, a panic, or an era of prosperity. The curve informs the mind, awakens the imagination, convinces.

Using the right type of chart is one decision to make when presenting data but as React developers, we have our own set of concerns, mainly, choosing the right chart component library.

So, what are my criteria for a good chart library?

One important tip to keep in mind — components are all about reusability and standardization — that’s a good way to guarantee a consistent UI and easy maintenance. Use platforms like Bit to share your components, reuse them across apps, and let everyone collaborate together to build your products with atomic components. To avoid repeated copy-pasting, try making your own customized React chart library with Bit for your future-self and others 😉

So, without further ado, here is my list of top 5 React chart libraries:

Rechart (built with D3.js) is all about modularity and simplicity. The grid, the tooltip, the line items, etc. are all reusable React components; that makes it much easier to customize charts and even reuse your own customized “sub-chart” components in other chart-compositions.

Recharts is a Redefined chart library built with React and D3.

The main purpose of this library is to help you to write charts in React applications without any pain. Main principles of Recharts are:

By offering a highly opinionated component ecosystem with fully overridable styling and behavior, Victory keeps the right balance between ease-of-use and high customizability.

Victory is also a good choice for those of us who are looking for a cross-platform solution. It has an almost identical API for both ReactJS and React Native — an important thing to keep in mind. 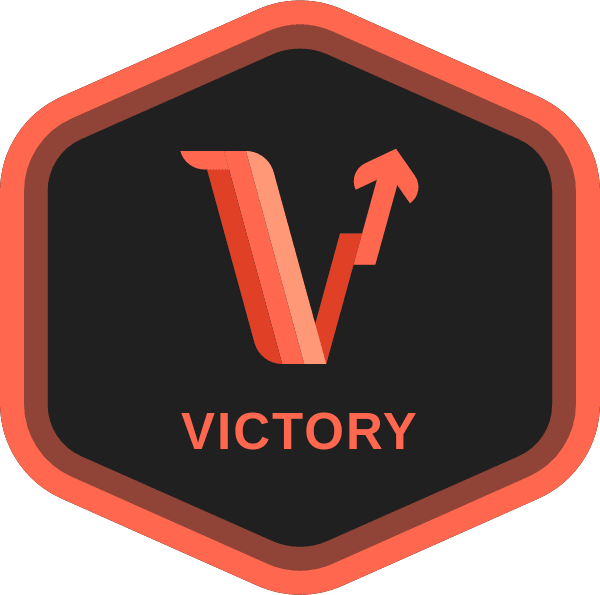 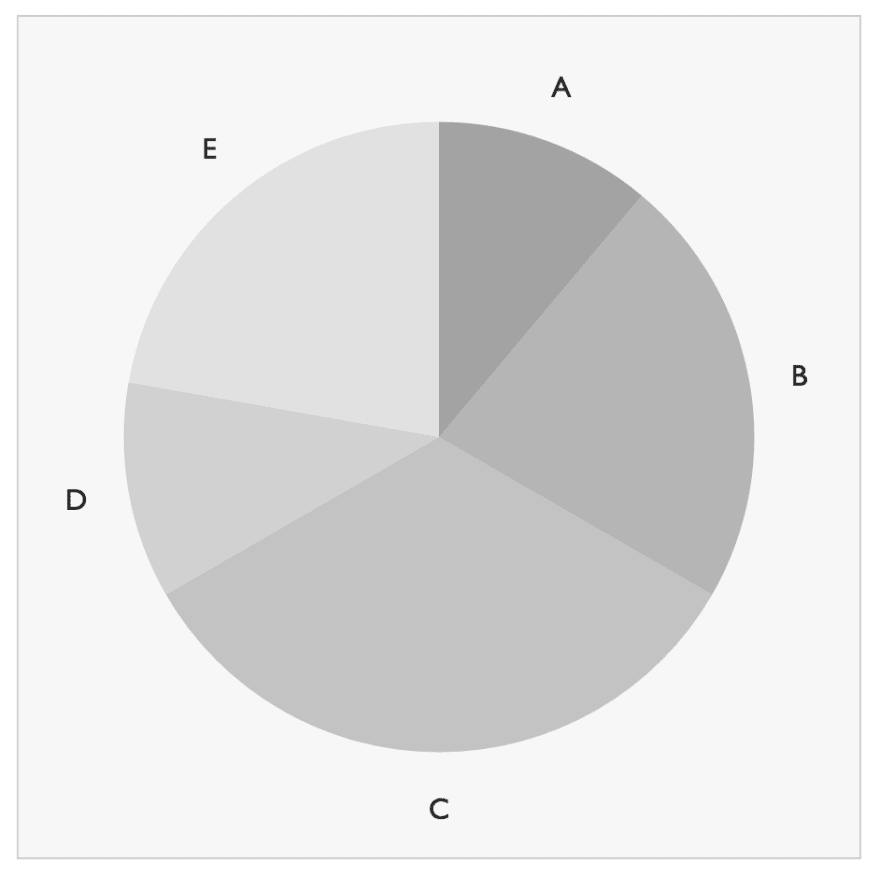 Projects using Victory should also depend on React. Victory works with React …

Nivo (also, built with D3js) wins two awards: The first is for its beautiful UI and the second is for the incredible “interactive documentation”. Instead of reading long docs, Nivo offers an amazing UI for playing and tweaking with your chart components. Then, whenever you’re ready, simply copy-paste your tweaked chart’s code (and of course, with time, tweaking the code directly would be the preferable way but the journey to mastering Nivo’s API would be brief and painless)

nivo provides a rich set of dataviz components, built on top of the awesome d3 and Reactjs libraries

In order to use nivo, you have to install the @nivo/core package and then choose some of the scoped @nivo packages according to the charts you wish to use:

nivo is comprised of several packages/components, for a full list, please use the components explorer.

Vis, a library built by Uber, is similar to Recharts in its efforts to keep its component ecosystem as simple and modular as possible. The idea here is — if you know React you know Vis and that’s mostly true.

When it comes to aesthetics, Vis is pretty straightforward and simple looking.

VX is for those who have a very specific idea of how their charts should look and behave but are not yet ready to build their own D3 based component ecosystem. VX is unopinionated and designed to be built on top of. Plus, with VX, keeping your bundle size small is a much easier task than with comparable libraries. 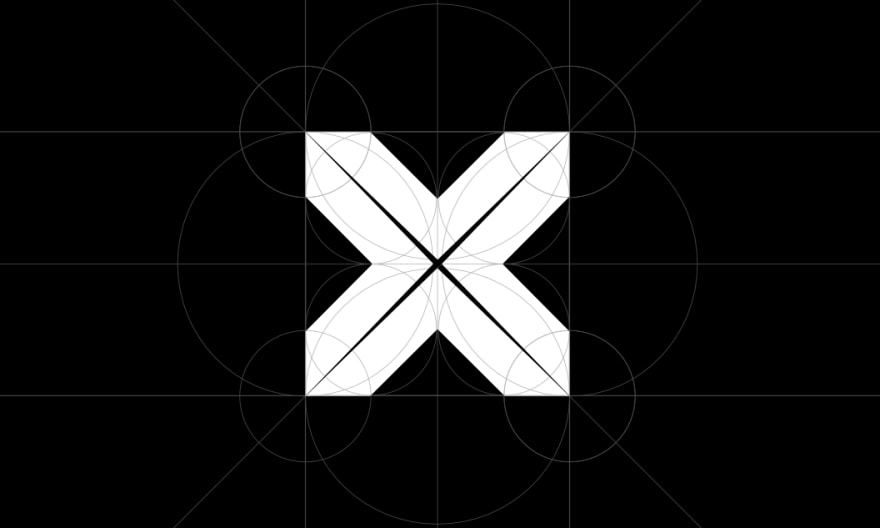 visx is a collection of reusable low-level visualization components. visx combines the power of d3 to generate your visualization with the benefits of react for updating the DOM. 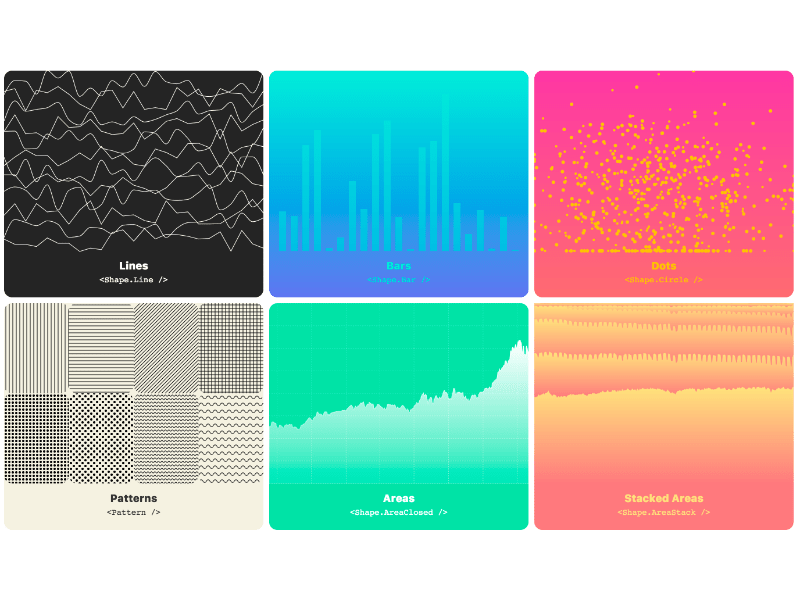 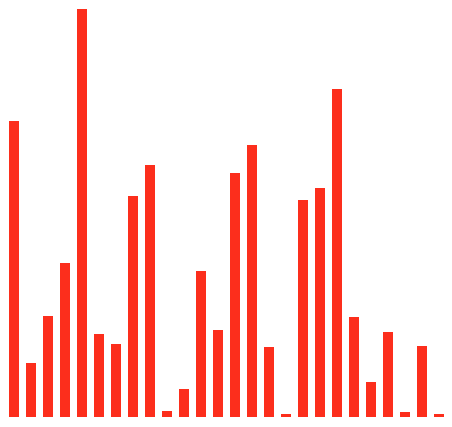 That’s my personal list of React data visualization libraries. Hopefully, you’ll find here something the works for you, whether you put more emphasis on aesthetics, ease of use or even the additional KBs added to your bundle size.

Building a React Design System for Adoption and Scale | by Eden Ella | May, 2021 | Bits and Pieces