It is the sequence of steps a browser undergoes to convert HTML,CSS and JS into pixels

Why do you need to understand it ?

Optimizing for performance is all about understanding what happens in these intermediate steps between receiving the HTML, CSS, and JavaScript bytes and the required processing to turn them into rendered pixels - that's the critical rendering path.

The Critical Rendering Path undergoes 5 different steps ,as mentioned in the below image. 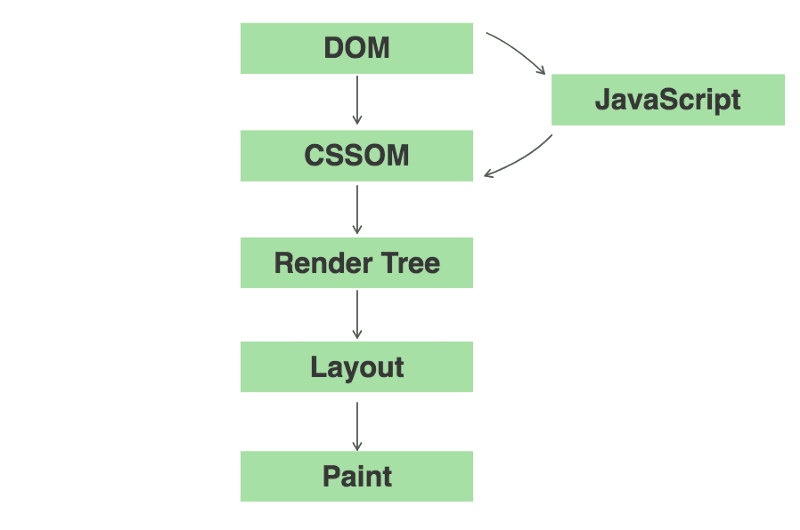 Let's try to understand each step one at a time

When browser receives HTML , It needs to convert the HTML into Document Object Model ,It undergoes 4 small steps to construct the DOM Tree - Conversion , Tokenizing , Lexing and DOM construction 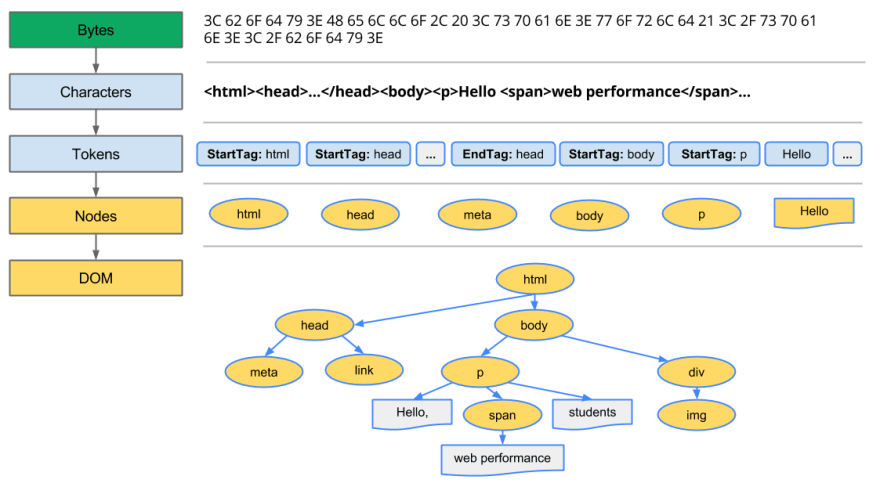 Note : DOM Tree can be partially rendered and is considered to be render non-blocking

The CSS bytes are converted into characters, then tokens, then nodes, and finally they are linked into a tree structure known as the "CSS Object Model" (CSSOM)

Any text contained within the tag, that is placed within the body element, has a font size of 16 pixels and has red text—the font-size directive cascades down from the body to the span. However, if a span tag is the child of a paragraph (p) tag, then its contents are not displayed. 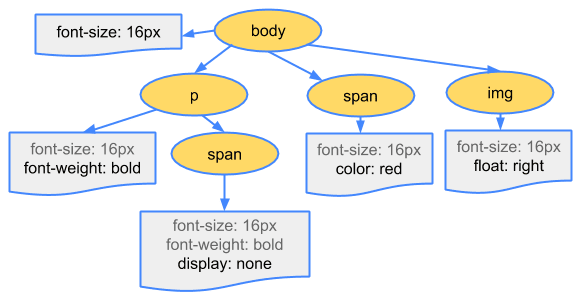 Note : CSSOM cannot be partially rendered and is considered to be render blocking , we cannot render a partial CSSOM due to the reason that CSS might have different selectors with varied specificity due to which there will a good chance of rendering wrong style

The CSSOM and DOM trees are combined into a render tree, which is then used to compute the layout of each visible element and serves as an input to the paint process that renders the pixels to screen. Optimizing each of these steps is critical to achieving optimal rendering performance.

Up to this point we've calculated which nodes should be visible and their computed styles, but we have not calculated their exact position and size within the viewport of the device---that's the "layout" stage, also known as "reflow."

If viewport is not mentioned for device width , then it will be 980px by default

This is the final stage, which converts each node in the render tree to actual pixels on the screen

The time required to perform render tree construction, layout and paint varies based on the size of the document, the applied styles, and the device it is running on: the larger the document, the more work the browser has; the more complicated the styles, the more time taken for painting also (for example, a solid colour is "cheap" to paint, while a drop shadow is "expensive" to compute and render).

A quick recap of the browser's steps:

I have left step 2 and 4 related to JS on purpose , I will explain those steps in my upcoming posts and I will update the link to those posts here , The second part of the post can be viewed Advanced Front End Developer , Interview Essentials - Part 2
, Happy to receive any constructive feedback

Hosting Images with Storj and Cloudflare

Once unpublished, this post will become invisible to the public and only accessible to Goutham JM.

Thanks for keeping DEV Community 👩‍💻👨‍💻 safe. Here is what you can do to flag gouthamjm:

Unflagging gouthamjm will restore default visibility to their posts.