GraphQL is a graph-based query language or more precisely a specification that regulates how to interact with APIs. GraphQL isn’t tied to any database, back-end technology and can be implemented for any project's existing code & database fairly easy.

Being language-agnostic makes GraphQL being adopted across different technologies. Today let's take a look at one of GraphQL WordPress implementations.

WPGraphQL is an open-source WordPress plugin that provides GraphQL schema and API for WordPress. With WPGraphQL you enjoy the power of GraphQL as exposing WordPress data in a GraphQL API has never been easier. Using modern frontend technologies with WordPress is no longer paint as the CMS layer and the presentation layer are separated.

The WordPress ecosystem is known for its heavy emphasis on backward compatibility. Having that in mind, the WPGraphQL team was postponing calling their product a 1.0 to be sure that they follow this unwritten WP principle.

Although a network of more than 50 large sites was using WPgraphQL since 2018 they didn't want to make a 1.0 call until they are sure everything is like it's supposed to be.

With that in mind, before tagging WPGraphQL 1.0, I wanted so badly to be at a place with the codebase & Schema that I could no longer predict anymore breaking changes. 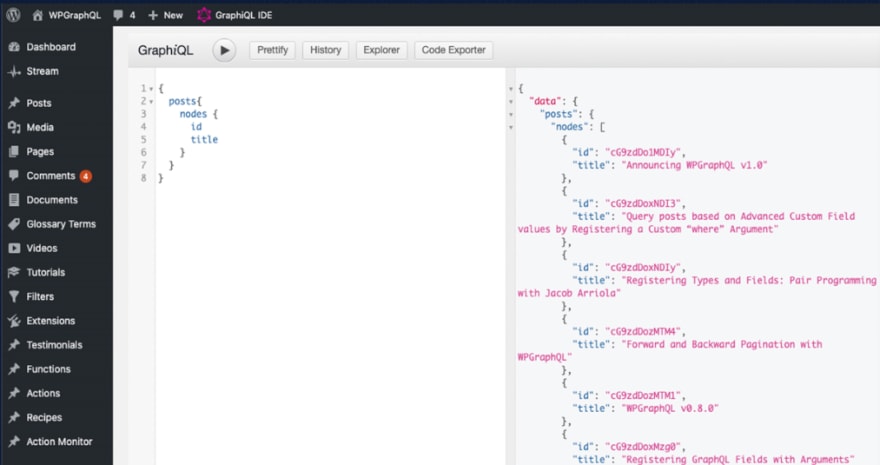 As mentioned by Jason Bahl, the creator & maintainer of WPGraphQL, the release of version 1.0 doesn't mean that there won't be any breaking changes in the future, it's rather a statement of stability and long term support.

If you interested in more detailed information about WPGraphQL 1.0 or start your journey with GraphQL and WordPress make sure to visit WPGraphQL official docs.