GraphQL is one of the most modern ways of building and querying APIs.

GraphQL is a syntax that describes how to ask for data, and is generally
used to load data from a server to a client. GraphQL has three main
characteristics:

With GraphQL, the user is able to make a single call to fetch the required
information rather than to construct several REST requests to fetch the same.

GitHub uses GraphQL as it offers more flexibility for the developers. The
option to precisely generate the information that a user wants is a great
advantage over sending multiple REST calls to receive the same. To generate the
information using REST calls would require a two stage process — One to gather
the information of the user and the other to fetch the information about the
organization the user is associated with. GraphQL helps alleviate this two-step
process.

So What is GraphQL?

A GraphQL query is a string that is sent to a server to be interpreted and
fulfilled, which then returns JSON back to the client. 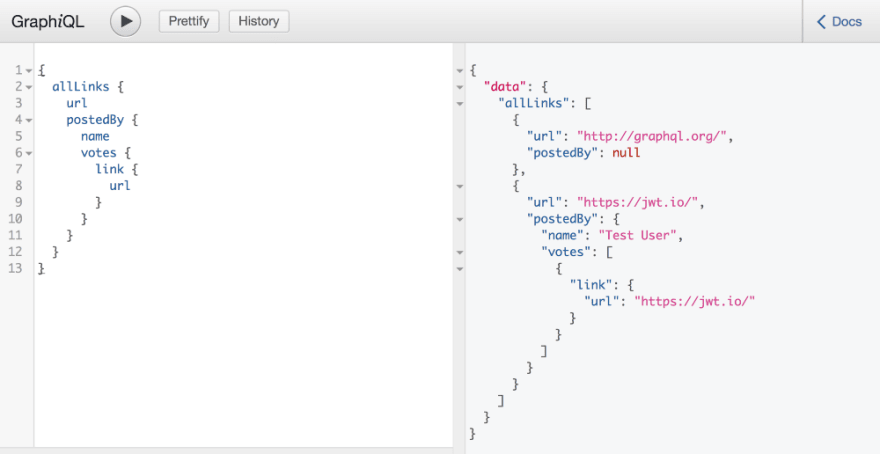 Defines a data shape: The first thing you’ll notice is that GraphQL queries
mirror their response. This makes it easy to predict the shape of the data
returned from a query, as well as to write a query if you know the data your app
needs. More important, this makes GraphQL really easy to learn and use. GraphQL
is unapologetically driven by the data requirements of products and of the
designers and developers who build them.

Hierarchical: Another important aspect of GraphQL is its hierarchical
nature. GraphQL naturally follows relationships between objects, where a RESTful
service may require multiple round-trips (resource-intensive on mobile networks)
or a complex join statement in SQL. This data hierarchy pairs well with
graph-structured data stores and ultimately with the hierarchical user
interfaces it’s used within. 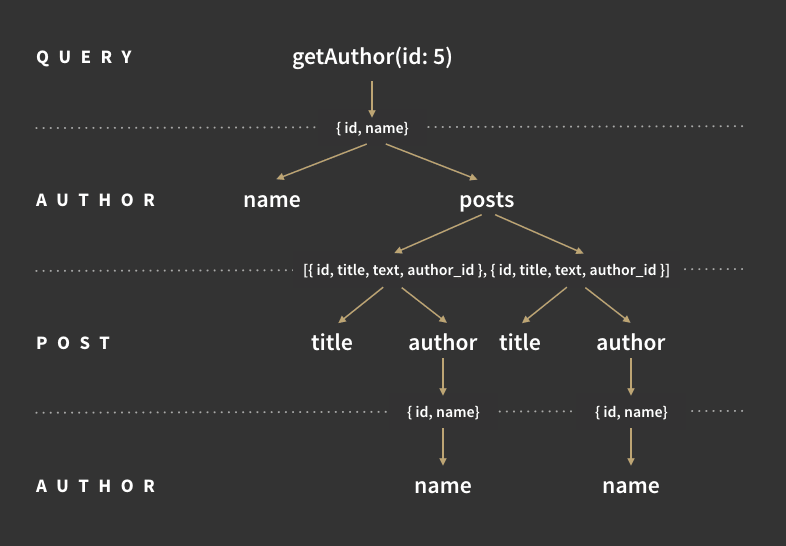 Strongly typed: Each level of a GraphQL query corresponds to a particular
type, and each type describes a set of available fields. Similar to SQL, this
allows GraphQL to provide descriptive error messages before executing a query.

Protocol, not storage: Each GraphQL field on the server is backed by any
arbitrary function. GraphQL had to leverage all this existing work to be useful,
and so does not dictate or provide any backing storage. Instead, GraphQL takes
advantage of your existing code.

Introspective: A GraphQL server can be queried for the types it supports.
This creates a powerful platform for tools and client software to build atop
this information like code generation in statically typed languages, Relay, or
IDEs like *GraphiQL *(pictured below). GraphiQL helps developers learn and
explore an API quickly without grepping the codebase or wrangling with cURL.

Version free: The shape of the returned data is determined entirely by the
client’s query, so servers become simpler and easy to generalize. When you’re
adding new product features, additional fields can be added to the server,
leaving existing clients unaffected. When you’re sunsetting older features, the
corresponding server fields can be deprecated but continue to function. This
gradual, backward-compatible process removes the need for an incrementing
version number.