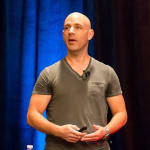 How I Write Online Articles

and realised that I was doing things in a sufficiently different way to John to warrant a separate post. So, in some vague order, here's how I write a post for Dev.to and my own blog.

I write my Markdown in Vim. Or Emacs in Evil mode, which is just Vim emulation in Emacs.

Why? Well, I find the manipulation of text - any text - really quick and easy in Vim. Moving paragraphs, changing words, deleting sentences - Vim is aware of the structure of natural language, which makes using it to edit blog posts easy. But that's my experience which is coloured from having used it since the beginning of my career. You either like Vim or you don't - it's really not that important.

Why use Emacs and not just Vim? It just depends on whether I've got a terminal or Emacs open.

Markdown is both wonderful and terrible. Wonderful as it's everywhere, is human readable, is human writable, and supports the structures you want to use for technical writing - i.e. code blocks. Terrible because there is no standard - the HTML you'll get out of the other end of a parser is not consistent between parsers.

It's this inconsistency parsers that makes me avoid (or at least not rely on) Markdown linters and previewers. I tend to wait until the post is near finished before I see what it looks like with stage 5 (see below).

Still, the benefits outweigh the drawbacks and so Markdown it is.

Markdown posts like this can be sent to aspell, a handy interactive and extensible spellchecker. Good editor integration for aspell exists in both Vim and Emacs.

style and diction are a pair of tools that check for grammar mistakes and readability. diction picks up on clichés, doubled-words and potential misspellings. It's sometimes wrong but it gets you thinking about whether you could word things better and so makes an excellent starting point.

style describes how readable your document is through a series of scores - Flesch-Kinkaid for instance. It's interesting information.

I keep my posts on GitHub. If someone spots a mistake then at least this way they can open a pull request.

I've been using GitHub Pages to host my blog as a static site since forever. It's an easy enough hosting solution and you can use it with any number of static site generators to turn your Markdown into HTML.

There's also some MathJax in there for the posts I wrote about Lambda calculus which is overkill as I'm not a mathematician and it just adds a load of JavaScript to the page. But it's pretty so 🤷‍♀️.

I have a horrible bash script to publish the blog, and it looks like this when it's published:

My personal site has no place for cover images, but Dev.to does and so I feel obliged to put something there.

What I write can come across as an angry old man coming down from a mountain to shout at everyone to stop worshipping false idols,3 so a picture of Moses always makes an approprite Dev.to cover image. Usually something involving smashing tablets and looking angry, but this time I've been a bit more peaceful and so it's The Finding of Moses by Lawrence Alma-Tadema.

Write on the Boot.dev Blog

David Wickes
British. Strong opinions held weekly. No, that's not a typo. Teaches when and where and what I can.
Dark Side vs Light Side
#discuss #healthydebate #editors #terminal
The Unix way... or why you actually want to use Vim
#vim #unix #productivity #bash

Once suspended, gypsydave5 will not be able to comment or publish posts until their suspension is removed.

Once unsuspended, gypsydave5 will be able to comment and publish posts again.

Once unpublished, all posts by gypsydave5 will become hidden and only accessible to themselves.

If gypsydave5 is not suspended, they can still re-publish their posts from their dashboard.

Once unpublished, this post will become invisible to the public and only accessible to David Wickes.

Thanks for keeping DEV Community 👩‍💻👨‍💻 safe. Here is what you can do to flag gypsydave5:

Unflagging gypsydave5 will restore default visibility to their posts.