Enhancing generators for ES6 in the Sequelize CLI

This is the story of my discovery of ES6-class style model definitions with Sequelize (see Using ES6 classes for Sequelize 4 models). The realisation that the current Sequelize CLI model generator didn’t support it (as is expected since it’s not the most common way of doing it). Finally, the impetus to just implement it myself.

In other words, I started using a style of Sequelize models that the Sequelize CLI didn’t support. I didn’t get an answer on a “feature request” issue, so I just forked it, implemented it and published it.

The Free Open Source Software movement has its ups and downs, its hype and abandoned projects. One of the great aspects of it is that you can always (depending on the license) just fork something and publish it 🙂.

Dealing with a GitHub fork repository 🍴

Getting a project set up can be daunting, luckily Sequelize CLI has some steps in CONTRIBUTING.md, they’re the following:

Getting tests to pass 🚫

I’ve got green tests… it turns out master is a fake ✅ passing build.

It loads latest sequelize-cli from npm, soooo isn’t testing the code in master.

Sequelize CLI Continuous Integration isn’t set up how you expect it to be set up:

Tests still take a while ⏳

Trying to contribute back upstream

A GitHub issue created on the 1st of August 2018 seems to have been lost (not even a “this isn’t something we want to do”).

It’s not the nicest experience but it’s totally fine by me, OSS maintainers don’t owe us anything after all.

This might be a niche use-case, most people seem to be happy to write models in the module.exports = () => { /* do some stuff in the closure */ return }; fashion, although looking at the number of people who read “Using ES6 classes for Sequelize 4 models”, it’s a valid way to write an application using Sequelize: 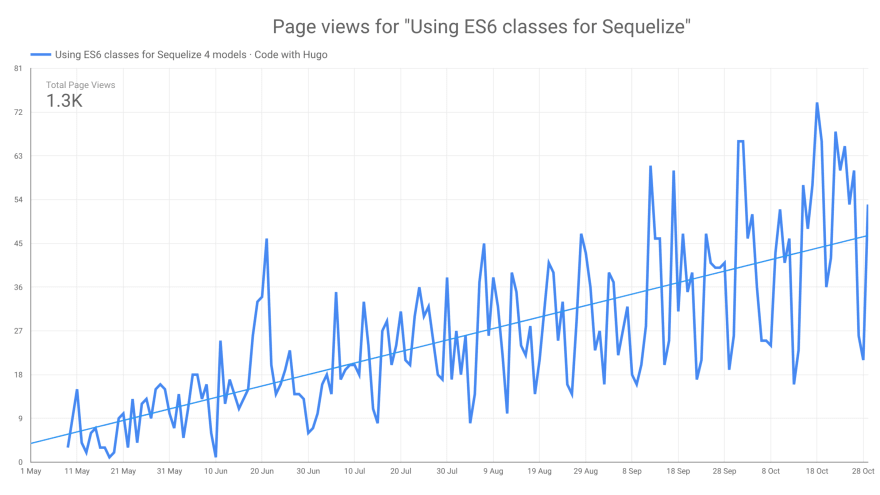 I went ahead and created a PR but I don’t expect it to get merged:

Publishing a fork as an npm scoped module

I always thought this is more a niche/variation type of thing, so publishing it as a fork makes sense

Update package.json to have, publishConfig is very important if you’re publishing a scoped module

Lessons about the Open Source Movement 📖

People are paid to make mistakes, people who work for free will also make (similar) mistakes

Just like at the day job, it’s important to have empathy for “interesting things” going on in the code eg. the tests running against something other than the code.

If anything maintainers have created this project for free, in their spare time so expect more “interesting things” in the codebase.

Technical debt is a sign that the open source project has reached some level of maturity.

Remember that your situation is the following:

You’re in a very specific situation where the project has reached some level of critical mass/awareness/scale. To get here, just like at a startup attempting to scale, the maintainers have had to move relatively fast and fly by the seat of their pants, maybe put some “hacks” in some places.

No one owes you anything

As I mentioned, I opened both an issue and a PR and I don’t think either one of them is going to get a response.

That’s why I just went ahead and published the fork as a module (scoped modules is awesome for this kind of use-case 👍 npm team).

Do what you can

Everyone is just trying to help.

Once suspended, hugo__df will not be able to comment or publish posts until their suspension is removed.

Once unsuspended, hugo__df will be able to comment and publish posts again.

Once unpublished, all posts by hugo__df will become hidden and only accessible to themselves.

If hugo__df is not suspended, they can still re-publish their posts from their dashboard.

Once unpublished, this post will become invisible to the public and only accessible to Hugo Di Francesco.

Thanks for keeping DEV Community 👩‍💻👨‍💻 safe. Here is what you can do to flag hugo__df:

Unflagging hugo__df will restore default visibility to their posts.