I thought this was going to be a short-ish note on fixed positioning and jank, but as with almost everything I write, it grew into a long-ish post about containing blocks, rendering and scroll performance.

The original point of writing this was to remind myself that whenever I want to fix the position of anything on a web page, performance considerations must be top-of-mind. It wasn’t like I didn’t know, I just wasn’t actively thinking about it.

But then it spiralled off into other things, so I’m moving the conclusions up to the top, and if anyone is interested in the whys, you can read on after that.

If you have a fixed element on your page, which means it doesn’t move when you scroll, you might realise that it no longer acts fixed if you apply a CSS filter on its nearest ancestor.

Go ahead, try it on the Codepen.

This is because applying a filter on the fixed element’s immediate parent makes it becoming the containing block instead of the viewport. I encountered this when I was trying to archive v1 of my website.

I wanted to keep everything exactly the same but with a grey-scale filter applied so it would look, well you know, archived. The website has a un-performant dark mode toggle that is an immediate child of the body element.

It was positioned in the bottom left corner of the viewport with position: fixed. I thought the most efficient one-line fix was to apply filter: grayscale(1); on the body element, but that unfixed my toggle.

In the end I applied the filter to the header, main and footer separately so the toggle wasn’t affected by this. This is not a bug, it’s a legitimate feature, please read on if you want to know more.

Also, if you plan to have fixed backgrounds on your site, try using a pseudo-element to house the image instead of using background-attachment: fixed for better scrolling performance.

I was dealing with a more than 3-year-old procrastination series of blog posts, which I decided to move into a site of its own. Because a new site means a new layout and design to build. Yes, I’m still procrastinating the actual writing part.

Anyway, I wanted some fixed decorative elements on the site to fill up excess space on either side of the text for large viewport widths. If you came across and remember Chris Ruppel‘s article on the will-change property, this will look familiar.

Paul Lewis explained in Using Chrome DevTools to profile the jsconf.eu site (somewhere around the 2.30 mark) that background-attachment: fixed causes a paint operation whenever you scroll.

The solution brings the background image in question into its own layer, so when the main content is being scrolled, it does not have to constantly be repainted.

will-change should not be rampantly used all over your site though. Refer to Sara Soueidan‘s Everything You Need to Know About the CSS will-change Property.

You can stop here and go do something more useful with your life at this point. Everything after here is my rabbit-hole research. You have been warned.

Oh, you’re still here? Okay then, let’s talk a bit about how fixed positioning works in the context of browser rendering. Boxes are always positioned relative to a containing block. If there isn’t one explicitly defined, that containing block is the viewport.

A box’s position property determines what it’s containing block will be. static (which is the default value), relative and sticky uses the nearest ancestor element’s content box. This ancestor must be either a block container, or has established a formatting context.

absolute uses the nearest ancestor element’s padding box. This ancestor must have a position value of anything other than static. If you’ve ever wondered why people toss in a position: relative on a parent element to “trap” a child element within itself.

Now, we come to fixed. A fixed box usually uses the viewport as its containing block. Common use-case for this is sticky headers or footers, where we usually slap on position: fixed on those elements and call it a day.

However, there are situations where the containing block is the nearest ancestor’s padding box. This only occurs when the ancestor fulfils any of the following conditions:

To better understand why, let’s segue into some browser internals. Just superficially. Because I’m as far away from being a browser engineer as I am from living on the moon. 🌓

My favourite explanation of how a CSS engine works is by Lin Clark in Inside a super fast CSS engine: Quantum CSS (aka Stylo), so do check that out. Generally, all CSS engines go through the process of parse → style → layout → paint → composite & render.

For a really in-depth look into how browser internals work, I recommend Tali Garsiel‘s How Browsers Work: Behind the scenes of modern web browsers.

Other than the DOM tree, browsers also construct a render tree, which represents where elements should go on a page based on information like width, height and position, and how it should look. Every CSS property value is calculated for every element in the document.

Layout involves the computation of position and size of all the boxes. Paint renders the boxes (with all their visual styles) as pixels on your screen. This can happen on multiple layers. Composite mushes the layers together, applies compositor-only styles then renders it all on the screen.

Keep in mind this is a very simplified description. I don’t think “mush” is a technical term.

Have you ever heard folks say there are certain CSS properties that are “safe” to animate, and others that are not? If you haven’t, please refer to High Performance Animations.

The TL:DR of that article is that if you have to animate something, use either transform or opacity wherever possible. These are the compositor-only properties. Everything else is more expensive. Think of the above diagram as those toddler toy stacking ring things. 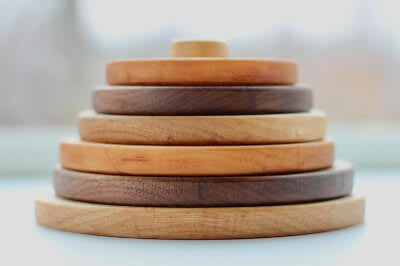 So properties like position, display, and even font-size will trigger layout. Properties like color or background-position will trigger paint. As of time of writing, only transforms and opacity are fully handled by the compositor. You can check the full list at http://goo.gl/lPVJY6.

The main thread is very busy. It has a lot of stuff to calculate. But it’s pretty good at that, much power, all compute. GPUs aren’t that great at quick computation, but they are great at drawing stuff.

By now, some of you might be like, omg when is she gonna get to the point??

We-ll… the point was covered at the beginning of this post.

So let’s talk about scrolling!

Have you wondered what happens when you scroll a page? Doesn’t it feel like there are magical elves rotating a long ream of content, like those player piano things? 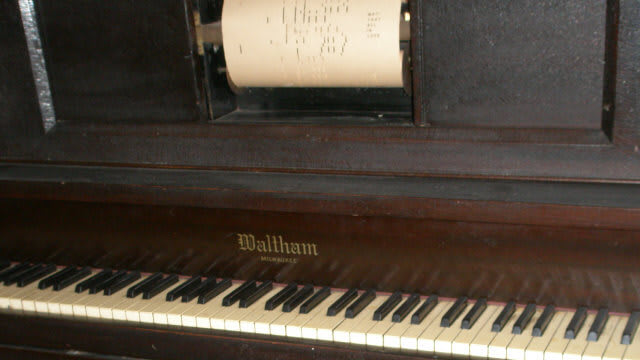 As Paul Lewis explains in Avoiding Unnecessary Paints, every time you scroll up or down a browser, content needs to be repainted before it appears on screen. And paint work will affect performance.

I did the opposite of burying the lede earlier, so you would have realised (if had read the first part) why background-attachment: fixed performs much worse than if you moved the background image to its own layer and fixed that instead. Minimal repainting. That’s what the proposed solution does.

Would love for someone to tell me more about rendering performance in today’s latest browsers. *hint, hint*

I think I should stop here for now. I’ve already read through the design document for GPU accelerated compositing in Chrome and probably need to extricate myself from this rabbit hole. Don’t worry, I find rendering most fascinating and will definitely revisit this again.