This is a quick tutorial on how to execute shell / windows commands within a nodejs application. This can come in handy when you are building a CLI which is trying to install dependencies on the other machine or running a scripts.

Alright , enough of the small talk. Let's get started

Node.js has a module called child_process which is responsible for creating the new child process of our main Node.js process.

Two commands exec and spawn which is a method in child process that helps to execute the shell commands.

The exec() function creates a new shell and executes a given command. The output from the execution will be available for us to use in the callback. 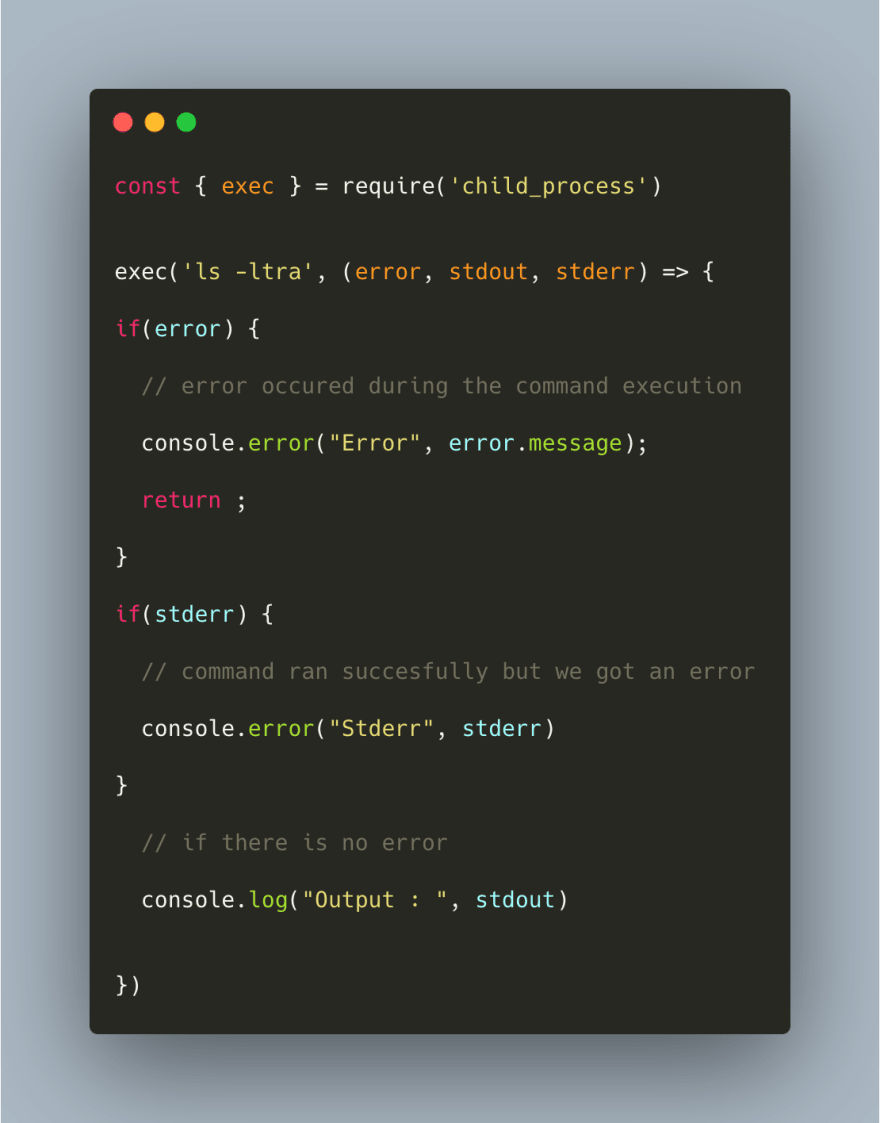 Now if we execute this in our terminal , we will see the following output

Now we will see how to execute the shell command with spawn.

It creates a new process with a given command with command line args present in args. The output of the command is made available via listeners. Main thing with spawn function is it uses stream API which is more suitable to handle large data source. 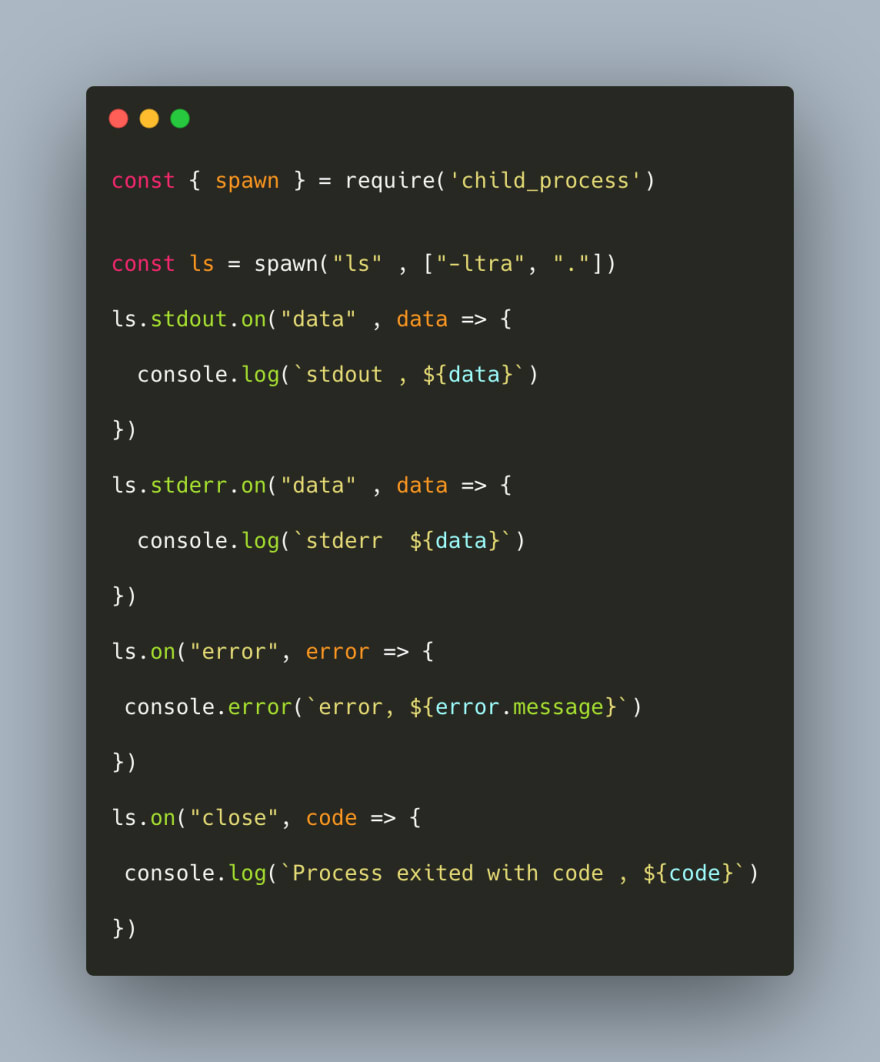 We setup listeners in the code once importing the child process. stdout and stderr fires data event when the command writes to the stream. Error will be thrown only if the child_process failed to execute.

Finally close event occurs when the command is finished.

Thank you for reading. Let me know your thoughts in the comments section.

Once suspended, imkarthikeyan will not be able to comment or publish posts until their suspension is removed.

Once unsuspended, imkarthikeyan will be able to comment and publish posts again.

Once unpublished, all posts by imkarthikeyan will become hidden and only accessible to themselves.

If imkarthikeyan is not suspended, they can still re-publish their posts from their dashboard.

Once unpublished, this post will become invisible to the public and only accessible to Karthikeyan.

Thanks for keeping DEV Community 👩‍💻👨‍💻 safe. Here is what you can do to flag imkarthikeyan:

Unflagging imkarthikeyan will restore default visibility to their posts.