I wonder why I have to follow "Tech Twitter" to find out the good news, so I'm the one to write a short post here on dev.to to celebrate a new CSS feature:

"Parent selectors", the second most awaited CSS feature according to State of CSS survey 2021, also known as the has-selector, have got browser support!

:has() is essentially the long-awaited parent selector in CSS 🎊

Don’t say Safari is always last. Sometimes we are first.

But before celebrating this time's "Safari first", be aware that you might not have a browser to test parent selectors early in 2022 yet. Safari updates currently don't ship or install on older Apple operating systems.

No longer "Missing from CSS"

What does a "Parent Selector" select?

I haven't been the only one thinking of :has() as a "child selector", so should I call them "has-selectors" to avoid misunderstanding?

Timothy Huang called :has() "a CSS-selector that (selects) a parent with child which sounds like an appropriate description to me.

For example, a:has(>img) selects all <a> elements that contain an <img> child.

The :has() CSS pseudo-class is documented well on MDN.

The main reason that is took so long to implement is the fear of costly calculations. Parent selectors might be a feature that can hurt your site's speed and performance when applied to a document in real time.

Chris Coyier cited Jonathan Snook (back in 2010) "that when elements are dynamically added and removed from the page, it may result in the entire document needing to be re-rendered (major memory usage concerns)".

Maybe we should probably be extra careful to measure our performance when we actually start using parent selectors?

Update: the performance problems have probably been solved. Eric Meyer mentioned a talk about nerdy details of how the implementation sidesteps performance issues.

After watching Byungwoo Lee on YouTube, I would say that the Blink engine's strategy is somehow similar to the efficiency of a chess engine that must figure out how to ignore irrelevant moves quickly instead of predicting every possible outcome of every possible combination of moves.

In the case of CSS, the Blink engine will prevent walk up and invalidation on irrelevant elements. To reduce the irrelevant recalculations after applying the style, the engine can mark if a style is affected by a :has() state change during the recalculation.

But let Byungwoo Lee explain the details of the problems and solutions implementing parent selectors.

Wow! I didn't even know that could be valid CSS.

Never stop learning! But still don't show code like that to me in a code review. I will probably request you to refactor that to something which is more easy to understand and maintain for the human brain!

As I see many people struggle to contrive examples how to make use of has selectors: lucky you!

Here is a real world example: I had to hotfix a Shopware theme that had already been hotfixed before, and it was urgent and !important, so no clean code at that part of the roadmap at least.

I wish I had been able to use :has() here, to lower the risk of accidentally targeting the wrong elements in the CMS-generated markup. The selector is so long that you have to scroll to see all of it!

Using has makes the fix at least a little bit clearer:

We might want to write that code just for the sake of readability. But we have to ensure browser support.

How to Polyfill :has() Selectors?

As there is no way to workaround parent selectors in recent CSS syntax, they can't be transpiled. Don't hope for PostCSS or SASS! This time you will need JavaScript to polyfill older browsers.

"jQuery has had the :has selector in its arsenal since basically forever", Eric Ponto wrote in 2015 already showing a polyfill based on jQuery:

Quiz: How to polyfill without using jQuery?

Take the quiz and submit your Vanilla JS solution!

If you know the solution, you can also post it as an answer to the StackOverflow question if there is a vanilla JS equivalent of jQuery .has().

But we have managed to live without parent selectors for so long, maybe we don't want to worry anymore, and rather move on to there next upcoming upgrades to the CSS language:

What's next in CSS?

There are more useful features in the pipeline, like CSS Container Queries which we can already use in Chrome and Edge by enabling them using feature flags.

This article is part of a small series about new (and underrated) CSS features that you can start to learn and use in 2022. If you are looking for a comprehensive overview of what has been new in CSS in 2022, have a look at @this-is-learning's review of the state of CSS report 2022 and find some more useful resources in my 2021/2022 dev bookmarks / reading list post. 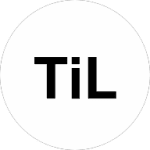 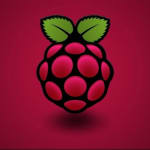 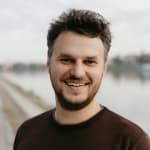 I am not that excited about new CSS features 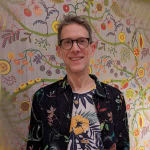 I am not that excited about new CSS features

Once suspended, ingosteinke will not be able to comment or publish posts until their suspension is removed.

Once unsuspended, ingosteinke will be able to comment and publish posts again.

Once unpublished, all posts by ingosteinke will become hidden and only accessible to themselves.

If ingosteinke is not suspended, they can still re-publish their posts from their dashboard.

Once unpublished, this post will become invisible to the public and only accessible to Ingo Steinke.

Thanks for keeping DEV Community 👩‍💻👨‍💻 safe. Here is what you can do to flag ingosteinke:

Unflagging ingosteinke will restore default visibility to their posts.