I make a performance-critical WebGL library that loads and simulates some heavy 3D models. Detecting any compromise on performances on every code changes are crucial. So I made a benchmarking system and integrated it into CI/CD. It starts an EC2 instance, retrieves the latest version of our library and runs the benchmarking in the headless, gpu-accelerated chrome. Getting chrome the gpu-acceleration in EC2 environment was very tricky. I'm going to share how I did it in this article.

There were two requirement for the environment.

G4 instances family seemed all good for me so I picked g4ad.xlarge (or g4dn.xlarge, if you prefer to use NVIDIA)because it was the cheapest one.

I had two options.

I tried the former and even with a well-written instructions it was a hassle for several reasons.

So I chose the latter. I used Amazon Linux 2 AMI with AMD Radeon Pro Driver when I was using g4ad and Deep Learning AMI (Amazon Linux 2) - ami-08dbdbed58c271fec when g4dn. I recommend you to do the same because it's cheap, ready to go, and saves you from all the mundane system configuration.

I tried some other options like using direct chrome installer and Puppeteer but for some reason they failed to recognize gpu driver. I didn't bother to inspect the reason since the first one worked well.

Here's little background knowledge about EGL. In order to use OpenGL you need to create an OpenGL Context. On Linux it's been usually done by GLX which requires windows system(e.g. X11), which requires display device (e.g. monitor, VNC). The problem was that this whole dependency chain kept people from using OpenGL on display-less devices like server or Arduino. So EGL emerged. EGL is a protocol that enables OpenGL Context creation without windows system. It made everything so easier and is now regarded as the future of OpenGL Context Interface. Now major graphics drivers are shipped with their own EGL implementation library.

Headless Chrome is one of the perfect example in which EGL is desired. Headless Chrome by definition lacks display therefore you need EGL to run OpenGL.

All I had to do was to give the right arguments

Chrome has chrome://gpu dashboard page that displays every gpu-related stuff. All I had to was to export it into pdf.

.. and bring it into my local computer using scp like this

When everything is ok it should look like this.

and the correct driver information should be shown. 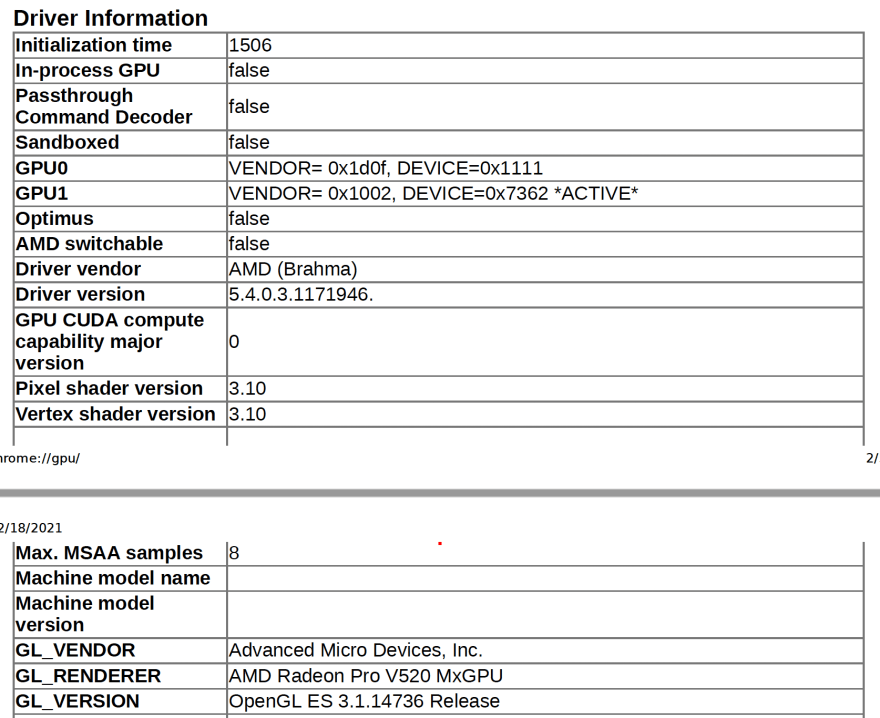 Create your own Kubernetes Cluster in 15 Minutes on AWS EC2

How To Setup a Web Server and Nginx with Amazon EC2