Do you want to use async/await on c# ? (yes, as in javascript) Okey, I'll show you how to do that in an easy way 😎

You should have your project on c# (.net core/framework) created.

There are a few concepts that you need to know, so this tutorial is divided into several small sections: 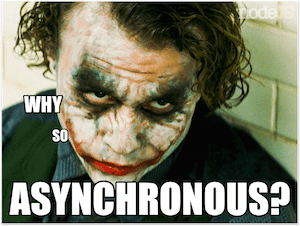 The Async/Await and Task class are powerful tools to make concurrent, efficient and legible code without much effort 🚀.

There are more useful uses of these features, you can leave me a comment if you want more tutorials about C# or something else 👀

Once suspended, jafb321 will not be able to comment or publish posts until their suspension is removed.

Once unsuspended, jafb321 will be able to comment and publish posts again.

Once unpublished, all posts by jafb321 will become hidden and only accessible to themselves.

If jafb321 is not suspended, they can still re-publish their posts from their dashboard.

Once unpublished, this post will become invisible to the public and only accessible to Jose Antonio Felix .

Thanks for keeping DEV Community 👩‍💻👨‍💻 safe. Here is what you can do to flag jafb321:

Unflagging jafb321 will restore default visibility to their posts.