If you are asking yourself about that you should think about these topics.

Probably you know there is a large lack of developers in the world. In just the United States alone there will be a shortage of 1 million developers in a couple of years.

Seems amazing, right? But it is not only about the good things.

Stay up to date

What do you think about studying for the rest of your life? Or at least for your entire career. When I say studying, it is not only taking some courses in a couple of years. It is an active and almost daily studying. You should be up to date on the newest techs, frameworks, languages, and terms.

Sometimes you have to switch from one technology to another because it becomes obsolete, and you just can't fight against that.

It's so normal in a developer's life that we started to make memes about that. 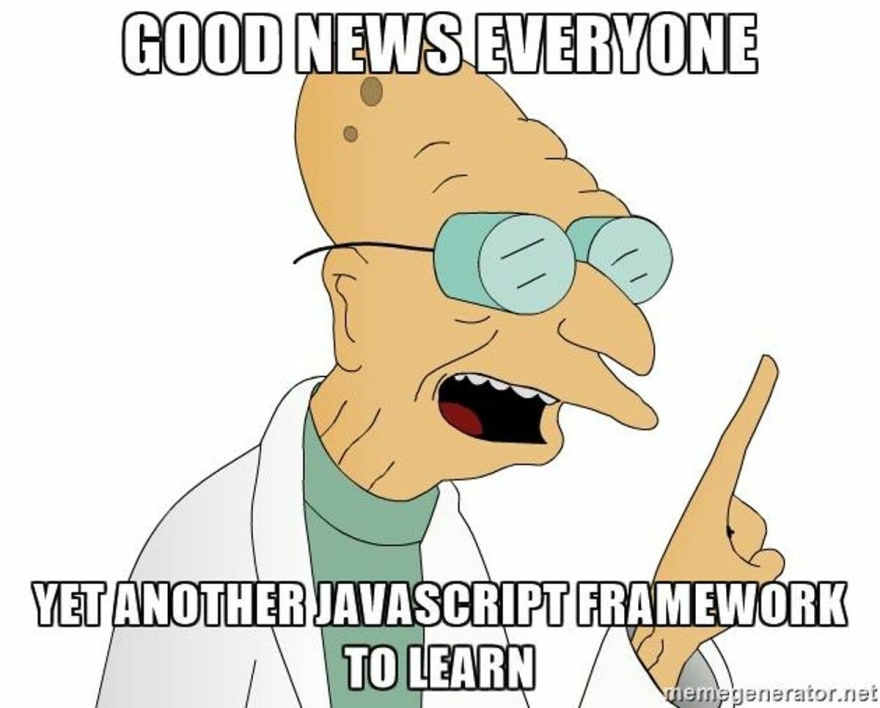 Technology changes so fast that sometimes we just can't follow. It makes you be afraid of falling behind in your career. To lose your job, and not be able to get another. To be seen as a fraud.

These feelings can turn into a disease called impostor syndrome. You can see more about it here.

Sometimes we are so hard on ourselves. We need to be updated as much as we can, but we are not machines. We can't handle all the techs at the same time, we don't know all the new frameworks. But it's very difficult to balance that. To know when its time to stop, when to have a life outside the job.

Love what you do

Now you know that you'll be studying all the time. But how can you do that? I have a tip: you should see coding as a fun thing.

When I started to learn React I made some cool projects to practice on.

My first project was a webpage that communicates with Marvel's API showing some comics. I spent an entire weekend doing this. It was a useless project. But the possibilities that the Marvel's API gave me were so cool. I was handling with comic information. What can be cooler than that? Well, maybe cats.

I built another project, but this time using an API that gave me gifs of cats. It was just one image and one button, when you click on the button the gif changes. It was one of the coolest projects that I ever built. I learned A LOT of things with these projects and I did it having fun.

To handle this career you need to love it. Because when you are not at a job working, you'll be at home coding. You'll be spending a lot of weekends coding. I don't think someone is capable of doing something for most of their life if they don't love it. Money is not capable of making you love coding. How much fun you have with it will.

Should you become a developer?
Ask yourself this first: are you able to love it?

What are your git aliases?

Once suspended, jenicarvalho will not be able to comment or publish posts until their suspension is removed.

Once unsuspended, jenicarvalho will be able to comment and publish posts again.

Once unpublished, all posts by jenicarvalho will become hidden and only accessible to themselves.

If jenicarvalho is not suspended, they can still re-publish their posts from their dashboard.

Once unpublished, this post will become invisible to the public and only accessible to Jeniffer Carvalho.

Thanks for keeping DEV Community 👩‍💻👨‍💻 safe. Here is what you can do to flag jenicarvalho:

Unflagging jenicarvalho will restore default visibility to their posts.