Hey there fellas! I'm back with another interesting article that will help you become a full-stack developer.

A lot of young developers focus too much on making the code work than on the architecture of the project. However, when you work in large teams with potentially hundreds of people working on the same codebase it becomes important to understand and architect your projects so that it's easier for others to understand and maintain.

So in today's post, I'm going to explain a popular pattern with the help of nodejs express server.

The above step is going to create the package.json file that we need for a nodejs project. It stores all our dependencies that we will be installing.

We basically need this package because we want the nodejs server to automatically restart when we make any changes while development. We will come back to nodemon in a later step.

In this step, we will create all the skeleton files and folders for the server.

But before that lets modify the package.json file a bit. 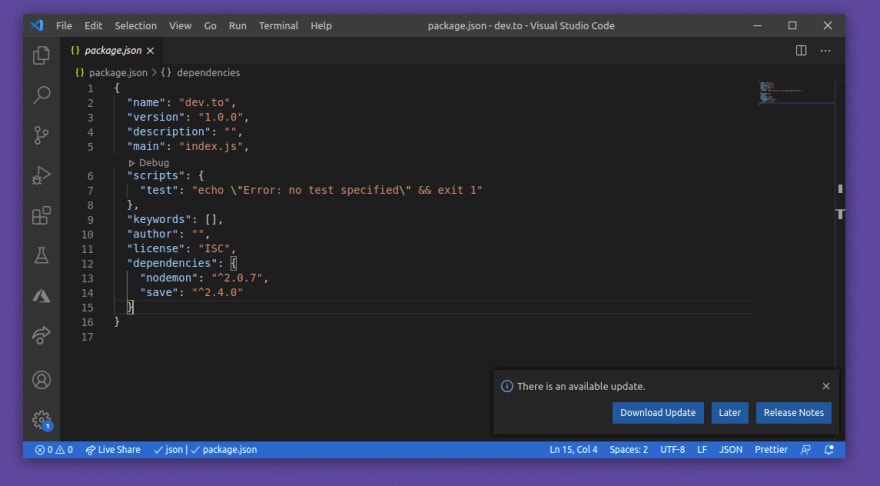 But we are going to add a script to use nodemon for auto-restart of the server while development. 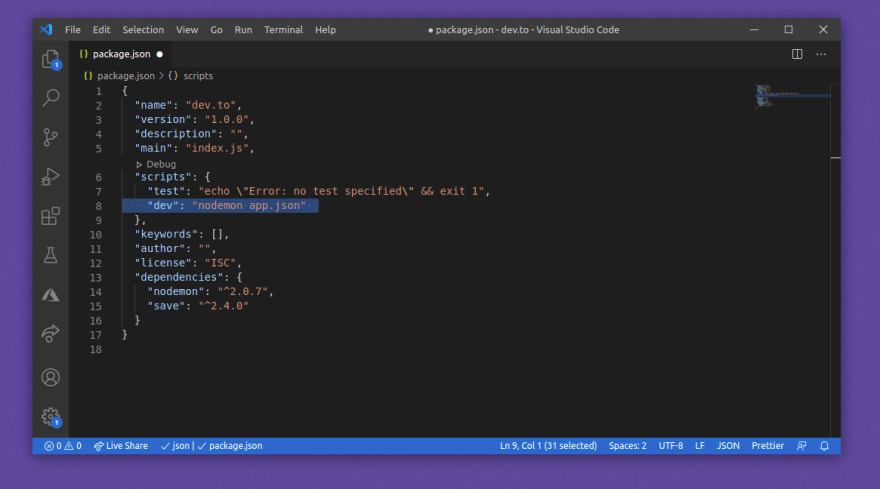 We will create app.json soon which will house the starting scripts of the project.

Now we are ready to start creating files and folders.

Inside your project create a new file called app.js that will be the starting point for the server.

Create a folder in the project directory called middleware that will contain all the middleware your server is using (like auth).

create a folder in the project directory called model that will house all the files that will contain all the data models and will act as a point of contact with the database. No other part of the server will directly interact with the server but the files inside the model folder.

Create a folder in the project directory called view that will contain the business logic. Files inside views will interact with the models to get the data from the server.

Create this folder in the project directory and remember that you will have all your route callbacks here.

Finally, create a route folder in the project directory that will contain all the routes in your server.

In the end, the folder structure looks like this: 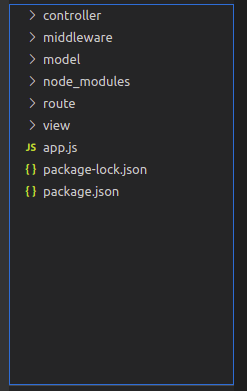 Now for the sake of demonstration, we will set up an end to end route that will serve a request.

Let's get right into it!!

First, open app.js and type out (or paste) the code 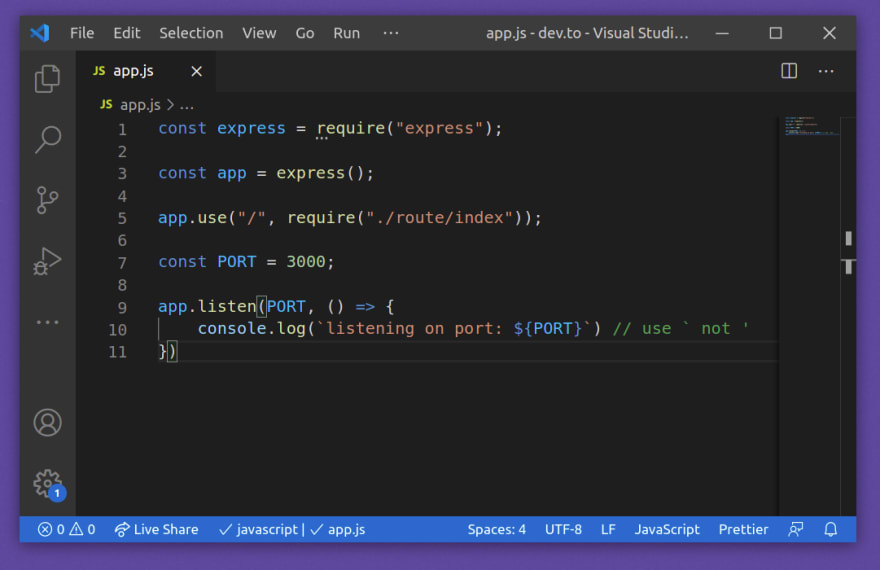 line number 5 will forward all requests to the server to the index.js (we will create it) from where we will make calls to the controller.

Next, let's create the index.js file in route folder 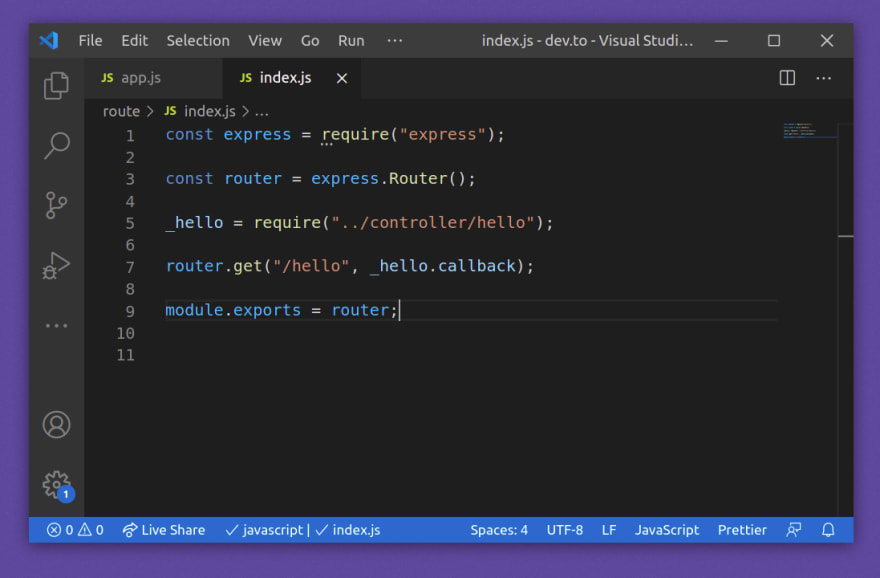 Line number 7 will call hello.callback for every request that is made to _localhost:3000/hello

Next up, let's create the controller callbacks.

Create a file in controller called hello.js and type out this code: 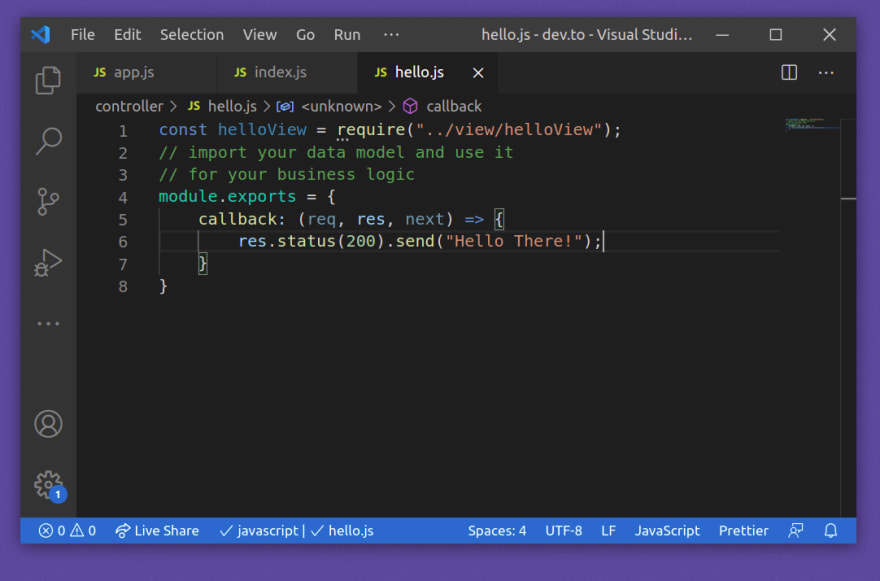 now if you start the server by running the following command

you will be able to make a get request from your browser to localhost:3000/hello and see a message saying Hello There!.

In this post, I showed you how to structure your express server so that it's easier to maintain. If you found this post to be informative please consider following me and subscribing to my newsletter.

Amit jha
MERN | PWA | PyTorch
(1/3) Nodejs With FirebaseAuth: The Right Way
#webdev #node #android #firebase
How To Test Ionic React PWA On An Actual Device While Developing? YOU SHOULD!
#react #javascript #testing #android
--save and --save-dev : Why You Should know The Difference
#npm #javascript #devops #react