After an initial failed launch of my new accountability coaching app, I decided that I really needed to take marketing more seriously if I wanted this to work, and brainstormed a bunch of different tactics.

One that appealed to my product side was marketing microapps: little free side projects that would hopefully generate traffic and qualified leads for my service.

I settled on two to begin with, and they performed radically differently. In short, one bombed and one didn’t:

It lets you set a goal and tick whether you got it done or not each day - basically the Seinfeld "don't break the chain" concept.

I build in a way it could be used without needing to register or download anything, basically to make the friction as little as possible with users able to enter an email if they wanted the security of the link being sent to them (eg- to be able to access it on different devices or in case they cleared cookies on their browser). 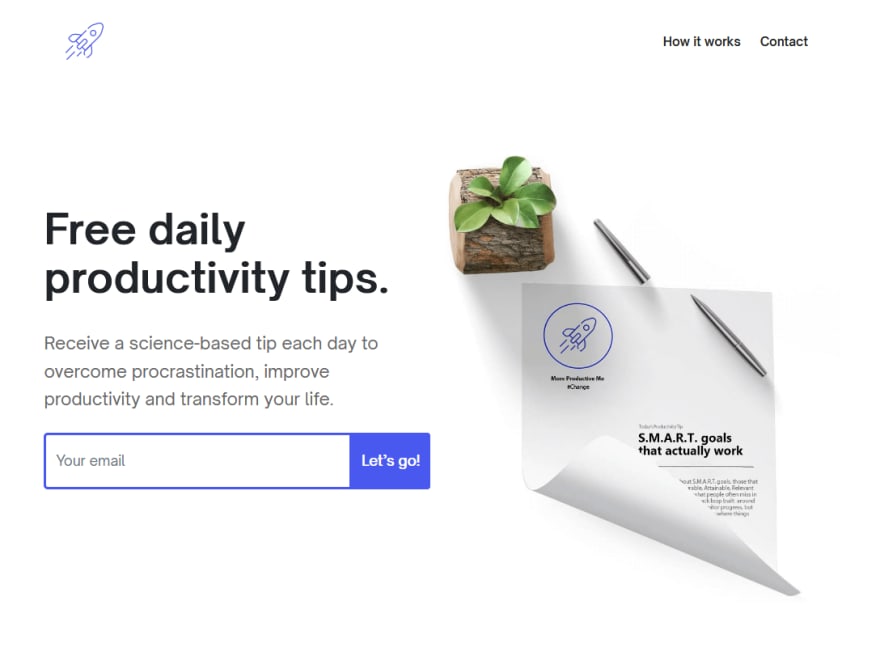 Next I created MoreProductiveMe, a 30 day "productivity bootcamp" where users are sent a daily tip on productivity, supported by scientific research and encourage users to apply them to their own lives.

How did they do? Let’s break it down:

iPlanTo took well over a full week to create, test and iterate. In contrast, MoreProductiveMe took only one to two days to develop (being a limited life email newsletter) with content writing adding an extra day’s worth to the effort.

Winner: MoreProductiveMe by a lot

Both projects were shared in similar forums and communities online, and roughly around a full day's worth of sharing each.

iPlanTo launched on 18th of Jan and has received 620 visitors so far:

MoreProductiveMe launched on 23rd Feb and has gained 551 visitors so far:

Winner: a tie (iPlanTo gained 12% more visitors, but over a longer time)

Winner: MoreProductiveMe, by a long shot.

I had links to my main project GoalsWon in both microapps. So far iPlanTo has gained a grand total of 0 leads to my paid service. On the other hand, MoreProductiveMe has already directly led to one paying subscriber (potential annual revenue of $720 to $1200 depending on plan) with one other warm lead that has a good chance of closing.

I learned a few lessons from first two marketing microapps:

Overall, worth it both for the new revenue and even more so for the lessons learned.

Once suspended, joelpatrizio will not be able to comment or publish posts until their suspension is removed.

Once unsuspended, joelpatrizio will be able to comment and publish posts again.

Once unpublished, all posts by joelpatrizio will become hidden and only accessible to themselves.

If joelpatrizio is not suspended, they can still re-publish their posts from their dashboard.