If you've done any Web, mobile, or desktop programming in the past decade (and would you even be here if you hadn't?), you've used JSON--the lingua franca for serializing data across devices and platforms. JSON's popularity lies in its simplicity: it supports only a handful of data types, like strings, numerics, Booleans, arrays, and dictionaries, and is generally easy for humans to read. But for strongly-typed languages like Swift, this simplicity could lead to suboptimal parsing strategies. Xcode 9's Swift SDK introduced an elegant way to handle parsing, and that was with the Codable protocol. When you declare a class, struct, or enum as Codable, the Swift compiler implicitly generates three things: init(from: Decoder), encode(to: Encoder), and a CodingKey enumeration, which maps JSON key values to the names of your Codable's properties. To make your data type Codable, you simply declare that it implements Codable, and ensure that all of its properties are themselves Codable or are one of the supported types:

By default, the JSONDecoder can parse Dates only in their raw form--a TimeInterval (=Double) of their milliseconds since the reference date: 12:00 a.m. UTC2 on January 1st, 2000. This article's focus is on supporting custom Date formats, and the journey I took from naïve implementation to full understanding. 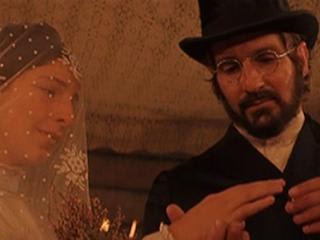 I've recently been working with some REST APIs for looking up sunrise and sunset times for a given latitude and longitude. One of them, Sunrise-Sunset.org, returns the following JSON when called with https://api.sunrise-sunset.org/json?lat=41.948437&lng=-87.655334&date=2019-02-143 (omitting some lines for clarity):

I created the following Codable structures, which I'll call

Approach #1: The Naïve Approach, aka How It Should Work

Did you spot the problem? sunrise and sunset properties are Dates, but the parser found the strings "12:59:22 PM" and "11:09:45 PM" instead. How can I fix this, without manipulating the JSON data in some way? Here's what I did:

Approach #2: Storing the dates as Strings

This shifts the responsibility for parsing the strings into Dates to the caller. The downside is that if the SunriseSunset object is used in multiple places, you may wind up with many identical parsing calls. Even if you create a single DateFormatter instance and used it in multiple places, you'd still wind up violating the dreaded DRY (Don't Repeat Yourself) principle. There must be a better way. Let's try

I want to simplify how my SunriseSunset gets used, so why not make it responsible for parsing the dates itself? I'll add a DateFormatter property, plus computed Date properties. This sounds better than the naïve, String-based approach, even though the Date versions should be Optional, because that's what DateFormatter.date(from:) returns:

This is starting to look kind of ugly, but it should suit my purposes. But now it won't compile! Remember that every property of a Codable type that you want to convert to & from JSON must be a type that itself implements Codable, and DateFormatter does not. There is a workaround for this, which we'll call

This way is to define a enumeration of CodingKeys for your Codable type. The CodingKeys enumeration must having a raw type of String and CodingKey (note the singular), in that order. The Swift compiler generates this for you from your properties' names for free, but if your property names don't exactly match the JSON data, or, as in this case, you don't want all of your properties to be parsed from JSON data, you must add your own. So now we'll try:

Note that I've omitted dateFormatter from the custom keys. But again, this won't compile. The compiler barfs numerous errors, the most important of which are:

What these are telling you (not very clearly, IMHO) is that if you have properties that should not be handled by the JSONDecoder/JSONEncoder, then you have to supply a custom initializer and encoding function. Apple's documentation really doesn't help much. It says,

This sounds like you should be able to assign dateFormatter a DateFormatter instance when it's declared, like

but you can't. The only way is to implement the initializer and encoding function. If you're thinking to yourself that this really defeats the purpose of using Codable in the first place, which is to let the Swift compiler generate the CodingKeys, initializer, and encoding functions, then you're completely correct. "There must be a better way!" I said. And there is! It's

Approach #5: dateDecodingStrategy with a custom DateFormatter

Thankfully, "12:59:22 PM" happens to be an exact match for DateFormatter.TimeStyle.medium, so I'll configure my decoder accordingly:

Now it prints the answer I expected:

I'm done, right? Not quite. Examining the returned date further, I find that although the time is what I expected, the date is January 1st, 2000! That doesn't do me much good if I want to calculate how many seconds have elapsed since sunrise today! Now I have to normalize the returned times to today's date, and that's a little trickier. One way is to get the interval from the reference date to midnight today, and add that to the parsed time.

However, there's no way to do this kind of transformation simply by using a custom DateFormatter instance, so we're back to the original problem of duplicating time-normalization calls throughout my app. Well, it turns out that there is a dateDecodingStrategy that can do this, and that's

One of the JSONDecoder.DateDecodingStrategy enum cases is custom, which takes an associated block that gets a JSONDecoder instance and returns a Date. So let's put the previous date-manipulation code into that block, like

Note the first three statements in the block. The first two show how to get a single String value from decoder. But what is this decoder instance? It's of type Decoder (not JSONDecoder!), and it holds a single element--in this case, a JSON value string. (If your JSON contains an array or dictionary of Dates that need to be manipulated, you would change the container and decoded types accordingly.)

Is that it? Are we done? Not quite. Note that this custom decoding strategy still needs a DateFormatter instance. DateFormatter instances are expensive to create, so I'll create one and assign it to a property of the class that sets up this dateDecodingStrategy. To keep things relatively self-contained, I subclassed JSONDecoder, like so:

Using this custom JSONDecoder, our Codable can once again look like what we wanted in Approach #1, namely

Dilbert achieves Nerdvana
With this approach, you can do even more:

If you've made it this far, thank you for reading! This is my first public technical writeup, despite being a professional developer since 1996.

1 Technically speaking, Codable is a typealias of Encodable and Decodable.
2 Coordinated Universal Time, better known as Greenwich Mean Time (GMT).
3 If you're a Blues Brothers fan, you may recognize these as the coordinates for Elwood Blues's address. 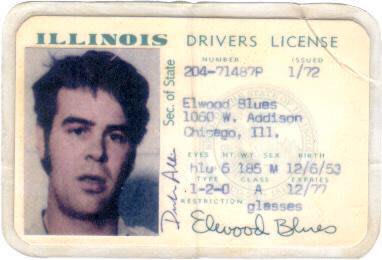