If anything was a clear take from our roadmap (and that tweet ^) is that people really want a dark mode in JSFiddle – that feature request got a whooping 484 votes.

Took a while finally managed to get it done, and it turned out really, really nice. 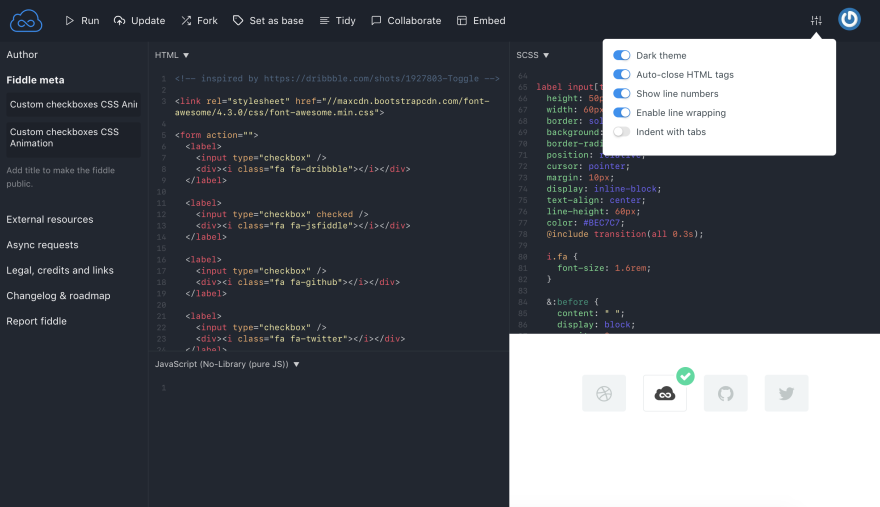 A few months back I've done a poll, where most JSFiddle users said they actually prefer a dark theme, which is why that one is now the default.

The update brought some other improvements, like completely removed all web/icon-fonts, which we're always a burden to maintain and had a lot of negative impact on loading times. Now all icons and SVG – actually there's not a single image on the site, all is code.

There are a few more updates dropping soon, one of which is another big one – switching between different editor grids! 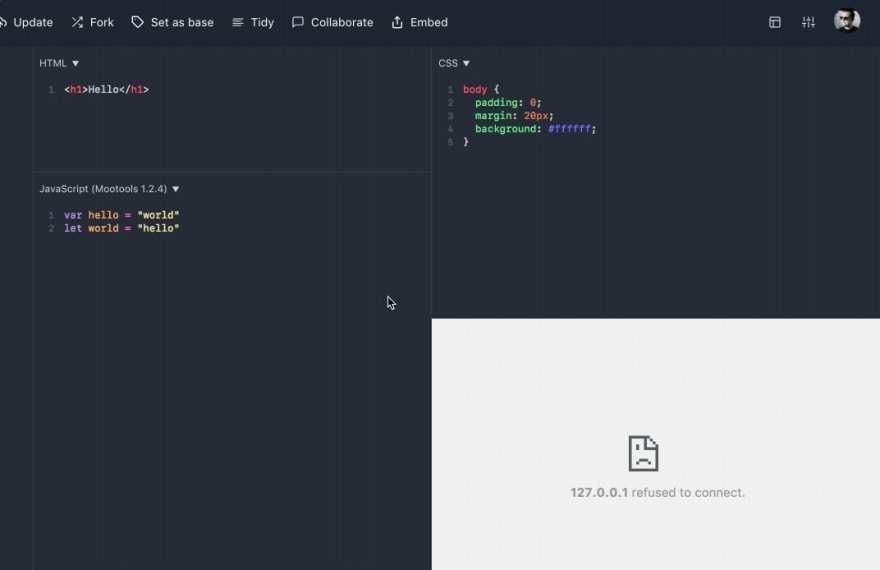 Grid switcher in @jsfiddle is pretty much finished, I'll most likely push it live tomorrow 🥃

Once suspended, jsfiddle will not be able to comment or publish posts until their suspension is removed.

Once unsuspended, jsfiddle will be able to comment and publish posts again.

Once unpublished, all posts by jsfiddle will become hidden and only accessible to themselves.

If jsfiddle is not suspended, they can still re-publish their posts from their dashboard.