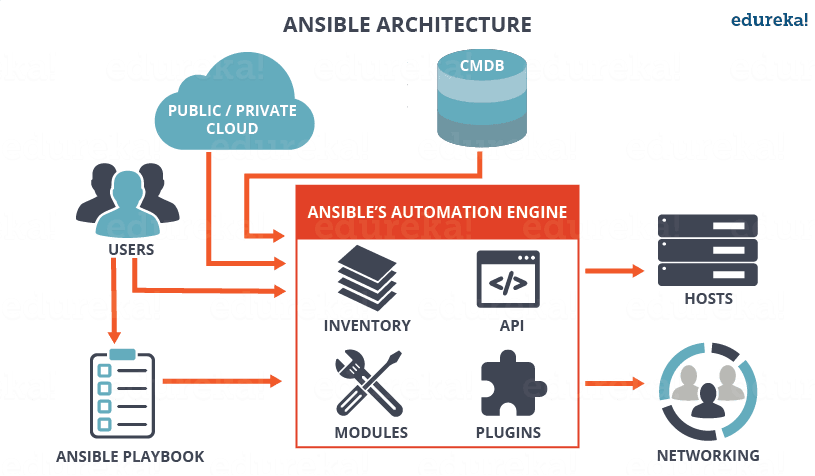 Hey guys! Let's look on Ansible architecture and it's working.

The network devices (and/or servers) you manage with Ansible. Managed nodes are also sometimes called “hosts”. Ansible is not installed on managed nodes.

The units of action in Ansible. You can execute a single task once with an ad-hoc command.

Ordered lists of tasks, saved so you can run those tasks in that order repeatedly. Playbooks can include variables as well as tasks. Playbooks are written in YAML and are easy to read, write, share and understand.

We can classify the Ansible architecture into 3 sections

Jobin Keecheril
I am a student and would love to be the same to learn new technologies.Technology always amazes me and I try to find new ways to apply it. I am simply a Learner, Thinker and Developer.
Installing Kubernetes on CentOS
#devops #kubernetes #opensource #linux
Monitoring single-node Ceph cluster using Prometheus & Grafana on AWS
#devops #ceph #grafana #prometheus

Once suspended, keecheriljobin will not be able to comment or publish posts until their suspension is removed.

Once unsuspended, keecheriljobin will be able to comment and publish posts again.

Once unpublished, all posts by keecheriljobin will become hidden and only accessible to themselves.

If keecheriljobin is not suspended, they can still re-publish their posts from their dashboard.

Once unpublished, this post will become invisible to the public and only accessible to Jobin Keecheril.

Thanks for keeping DEV Community 👩‍💻👨‍💻 safe. Here is what you can do to flag keecheriljobin:

Unflagging keecheriljobin will restore default visibility to their posts.