Well, one day I was recommended by YouTube a video named "Build Netflix Clone in React" and I was like.... that's a cool idea. And that is how I spent four days non-stop building a Netflix clone. And here is the demo : 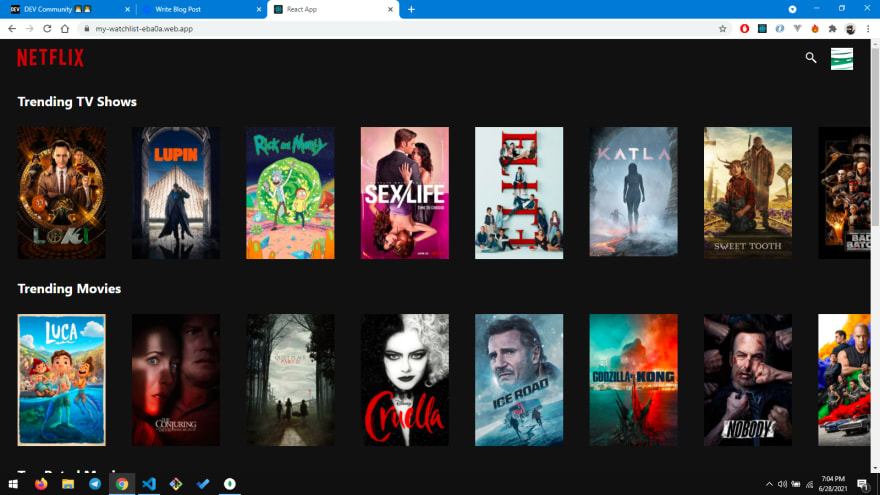 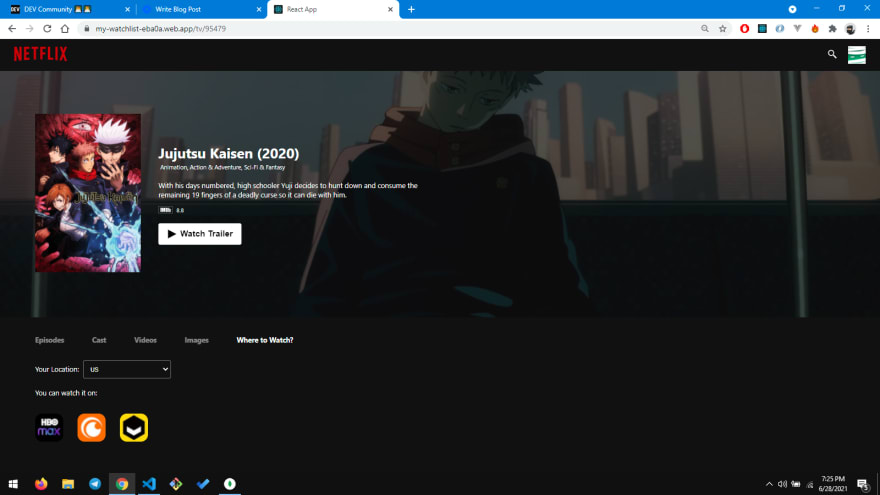 Part 1: What are we building and learning about in season 2?

Srinandan Komanduri
Love to build a Dev Community!
How to Optimize Your Code for Performance
#beginners #programming #productivity #codenewbie
Do Better in Coding Interviews by Being Confident and Humble
#webdev #beginners #jobs #career
What to write first? Front then back end or vice versa..?
#codenewbie #discuss #beginners

Once suspended, keidakira will not be able to comment or publish posts until their suspension is removed.

Once unsuspended, keidakira will be able to comment and publish posts again.

Once unpublished, all posts by keidakira will become hidden and only accessible to themselves.

If keidakira is not suspended, they can still re-publish their posts from their dashboard.

Once unpublished, this post will become invisible to the public and only accessible to Srinandan Komanduri.

Thanks for keeping DEV Community 👩‍💻👨‍💻 safe. Here is what you can do to flag keidakira:

Unflagging keidakira will restore default visibility to their posts.