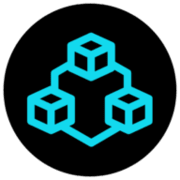 OverVue is a desktop application that aims to help developers quickly begin building their Vue web applications. It made an impressive appearance during its initial release, with its sleek UI and user-friendly navigation, and our team is thrilled to announce some major updates!

If you haven’t used OverVue, continue on for a high-level look at its capabilities. If you’re already familiar with OverVue, you’ll be excited to see we’ve added a number of neat new features that will make designing your application an even more seamless experience.

For a more thorough tutorial and additional descriptions of the changes with version 2.0, check out the OverVue GitHub repository.

This is an open source application and we welcome all testers and contributors. Let us know what you think down below or on our GitHub.

Once suspended, keliphan will not be able to comment or publish posts until their suspension is removed.

Once unsuspended, keliphan will be able to comment and publish posts again.

Once unpublished, all posts by keliphan will become hidden and only accessible to themselves.

If keliphan is not suspended, they can still re-publish their posts from their dashboard.

Once unpublished, this post will become invisible to the public and only accessible to Keriann.

Thanks for keeping DEV Community 👩‍💻👨‍💻 safe. Here is what you can do to flag keliphan:

Unflagging keliphan will restore default visibility to their posts.