A team manager want to extract some insights from a list of players, like the age of the players or the players that playing in a specific position or some statistics.
Let's see how we can help him with some functional constructs.

The players list is the following (I am a little bit biased):

The team manager needs a list with the players ages. As data manipulators we can isolate the ages!

First approach: Extracing the ages by using for constructs 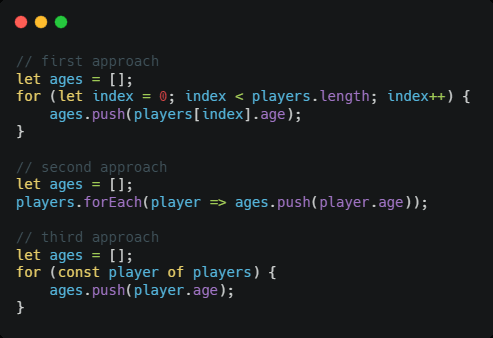 In all the above cases we had to initialize an array, using map there is no need, plus the code looks more readable.

In both approaches the result is the same (the list of all ages):

Team needs a left back! filter

Team manager said that there is an urgent need for a left back, again as data magicians we can do that easily! 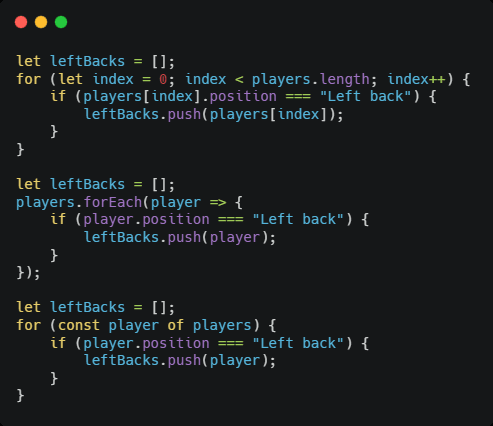 In both approaches the result is the same, but in the second approach the code is claener and there is no need for array initialization:

The team manager wants to know the sum of players ages (don't ask why...). Let's help him! This time we are going to give him only the functional approach, reduce!

How the reduce works:

you can understand reduce better through an example:

In our case the reduce is going to perform the following:

I made a SandBox coding app!

The definition and path to becoming a freelancer