In the previous article, we explored the definition of a graph and gave some brief examples of how they are represented in computer memory. Today's article will focus on some basic graph algorithms showcasing graph traversals.

Graph traversal is the process of visiting each node of a graph. Such traversals are classified into two categories, by the order in which the nodes are visited: depth-first search (at which we will look today) and breadth-first search (for next week!). For the rest of the article, let G be a graph with N nodes and E edges.

Before talking about traversals themselves, there is some graph terminology we have to introduce.

The degree of a node

Below, I will be using the notion of degree when speaking of a node. The degree of a node represents the number of direct connections that node has to other nodes in the graphs. 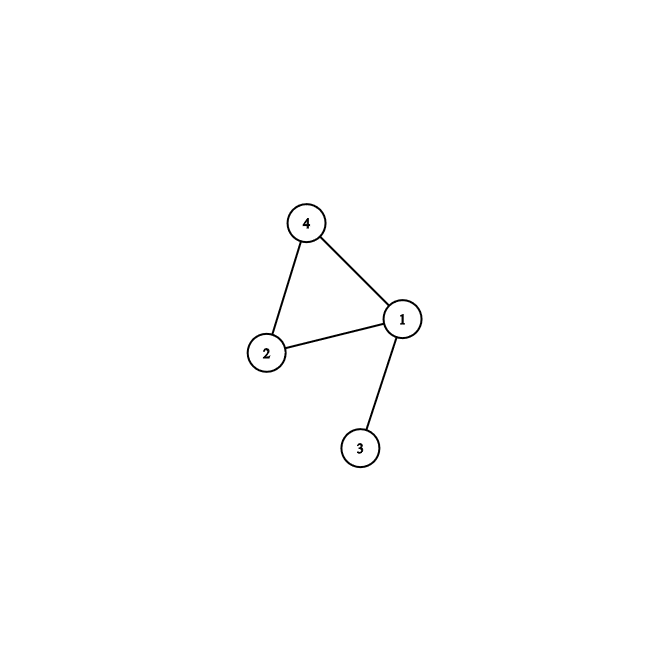 Walks, trails, cycles in a graph.

Depth-first search - analysis & why it matters

The depth-first search algorithms follows a recursive approach and aims to traverse the graph in its depth, by following these steps:

Applying this recursive approach to a node i (finding its neighbours and making correspondent recursive calls) can also be called, for short, expanding i.

Now, let's have a look at the time complexity of the DFS algorithm when representing G using each of the methods showcased in the previous article:

As we said in the previous article - for a dense graph (that is, when E approaches N*N) the adjacency matrix approach would prove more effective as it would use considerably less memory, while having the same asymptotic complexity - when E approaches N*N, O(N+E) is O(N*N).

If G is a directed graph with no cycles (also called a directed acyclic graph, or DAG for short), then the topological sorting of the nodes of graph G is a linear ordering of nodes such that for any edge (i, j), i comes before j in the ordering.
This sorting has a wide range of real world uses, most notably helping organize a schedule of tasks based on their dependencies. 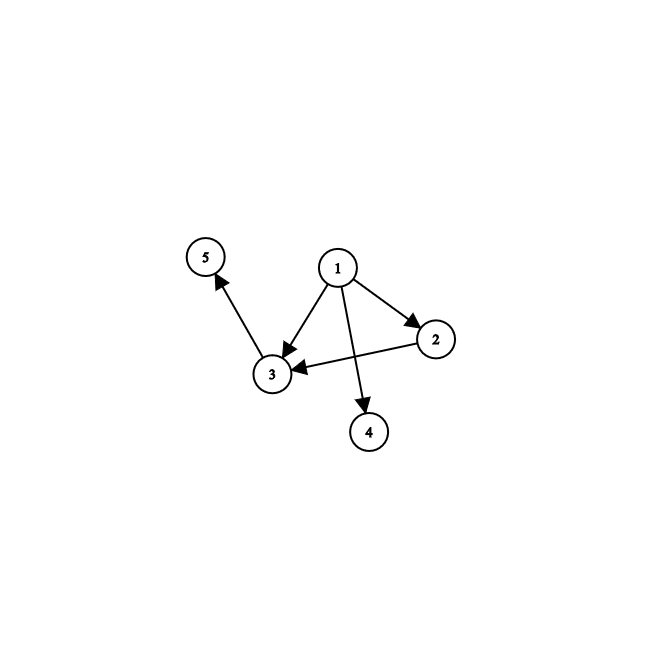 For example, the graph above can represent dependencies between tasks (e. g., task 2 should be started after finishing task 1). By find a topological sorting of the graph, we can determine a way in which to start the tasks so there are no bottlenecks.

A simple way to do this is to first find a node with in degree 0 (in our case, node 1), and start a depth first search with it as root. Instead of using the node right away, we will use a stack to push it only after all of its neighbours have been visited. Then, the reversed stack will hold a topological sorting for our graph, as the last node we push to the stack will be the root.

For implementing topological sorting, I have modified the graph class we used before for a directed graph and also calculated the in degree of each node at initialisation:

For the directed graph above, the output of the snippet is "1 4 2 3 5", an ordering that satisfies the conditions of our definition. Note, though, that a topological sorting of a graph is not necessarily unique. For our example, "1 2 3 5 4" is also a correct ordering.

This was a brief introduction into depth first search and one of its real world applications. Next week, we will be talking about the other graph traversal - breadth first search (or BFS for short), and we will also showcase some of its powers.
Until then, stay tuned, any why don't delight yourself with some of the other articles in The Magic of Computing series? The part about the Fibonacci numbers is quite a hit!

Once suspended, kruzzy will not be able to comment or publish posts until their suspension is removed.

Once unsuspended, kruzzy will be able to comment and publish posts again.

Once unpublished, all posts by kruzzy will become hidden and only accessible to themselves.

If kruzzy is not suspended, they can still re-publish their posts from their dashboard.

Once unpublished, this post will become invisible to the public and only accessible to Andrei Visoiu.

Thanks for keeping DEV Community safe. Here is what you can do to flag kruzzy:

Unflagging kruzzy will restore default visibility to their posts.