With my current client, we are examining how to write effective Unit and Integration Tests as well as rework the code to make it more testable. They are moving toward a Continuous Development / Continuous Integration pipeline. My intent here is to show where we are heading. This article will have a front-end focus, but the concepts can certainly be applied in other areas.

First, they have front-end tests; there was a drive a while back to introduce testing. From what I can see initially, they learned TDD (test-driven development) and to focus on getting the code coverage to 100%. While it's good that they got this information, they are apparently fairly strict in the implementation of TDD (to the point they would rather not test if they have to use TDD) and the strong push for 100% coverage seems to have resulted in brittle tests in the upper range (final 10-20% that are generally hard to test).

Additional, there was little consideration of the type of code being written which is not impacting the types of tests they are writing.

I expect that I will write in more detail on many of the sections that follow as more details come to light or I come up with better explanations. 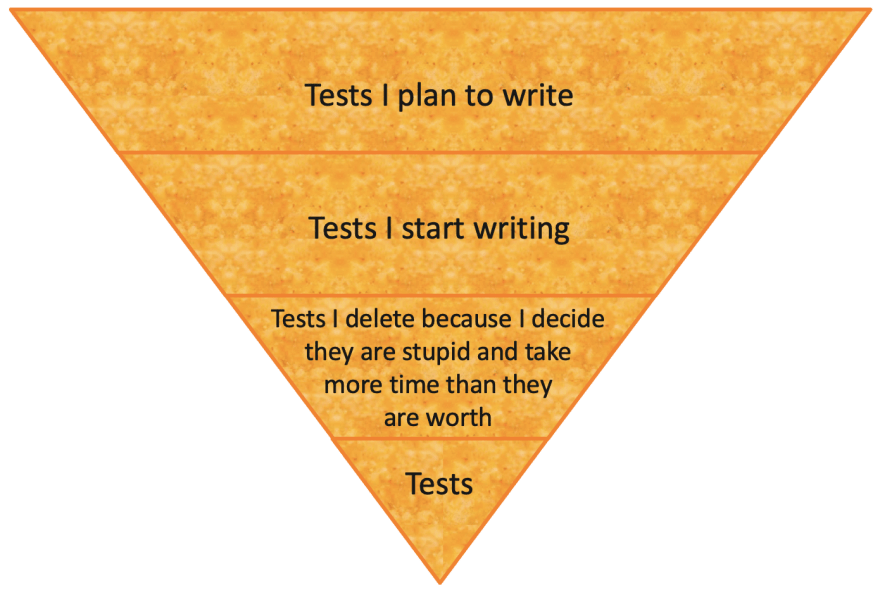 There are no “SET IN STONE” rules for testing.

(beyond Code Coverage and Branches)

There are two metrics for tests to be concerned about:

The goal would be to have both of these percentages at 0%. This would indicate that every test failure represents a real issue in the code and that only feature changes require updates to the tests.

What Makes Code Hard To Test?

These are the Design Patterns we want to be concerned with. The developers need to be writing code for testability; the particular pattern they use should flex and change as the process moves forward.

We are advocating for testing the "boundaries" of any third-party code. The boundary should be "how" we are using their code (hopefully they have good testing on their own code). What we want to see is where our implementation (the gate) may have changed when an upgrade occurs.

Writing effective Unit and Integration Tests begins with writing TESTABLE code. When moving toward a Continuous Development / Continuous Integration pipeline, there needs to be solid testing to show that the code works as expected.

Once unpublished, this post will become invisible to the public and only accessible to bob.ts.