Nowadays we have a lot of options when deciding to choose a database solution. We have different attractive options each of which has it's strengths and weaknesses. One I have found to be outstanding is Realm database. Realm database can be used by Android, IOS, React and even Xamarin developers.

Most applications today will need some sort of persistent data, sorting that out usually involves making the application more complex and adds more lines of code. Many engineering organizations are all too familiar with the pain of increased development complexity that results in longer cycles, overburdened resources, and an unwieldy code base. Realm, alongside other new database solutions, is solving this issue of complexity.

One of the key factors that makes Realm so special is the fact that it was built for our modern mobile development demands, a lot of the solutions we use were not actually designed for phones, tablets or wearables: 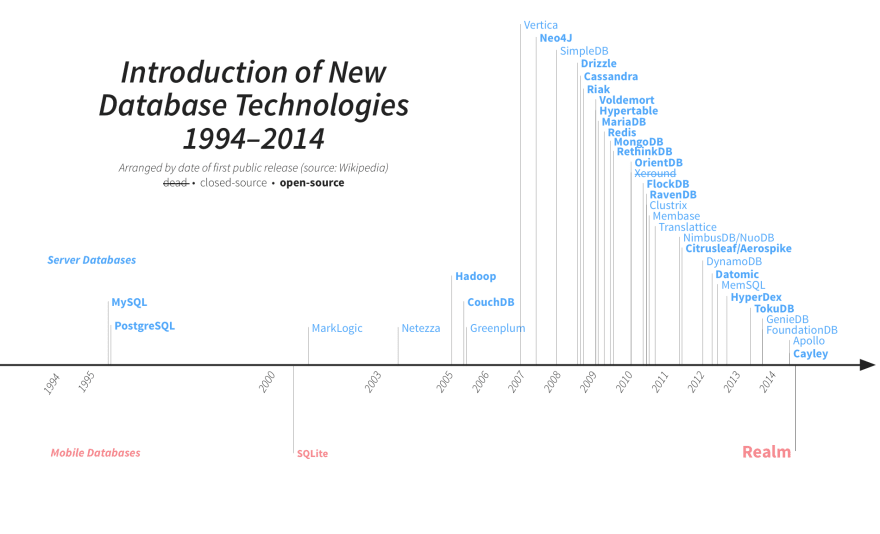 For a very long time SQLite has been our main choice for persistence on mobile and even if it is not used directly it is used by many libraries that provides a convenience wrapper around it such as Couchbase Lite, Core Data, ORMLite, etc.

Realm also boasts of speed, according to the documentation, Realm is faster than even raw SQLite on common operations, while maintaining an extremely rich feature set. 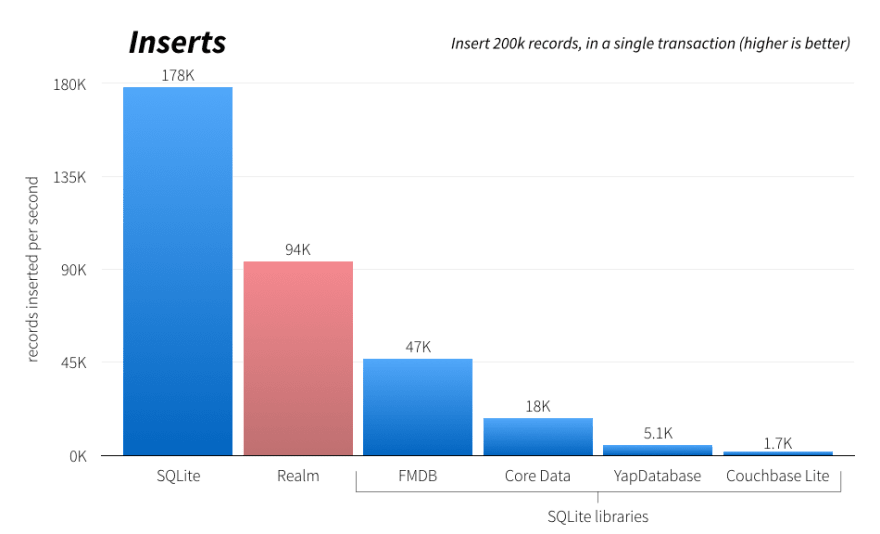 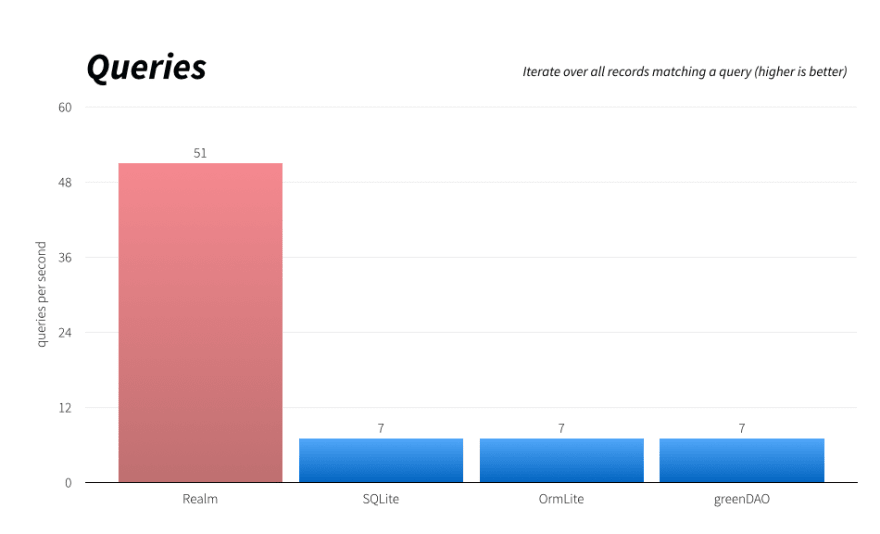 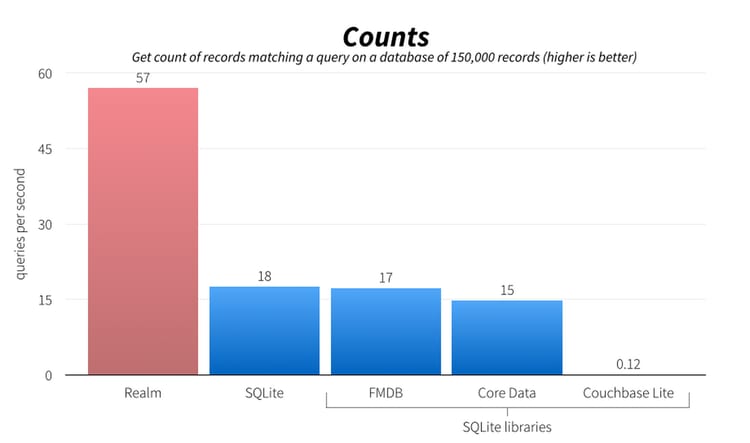 Realm is also simple to use, here are some sample codes of how basic Realm transactions would look like:

We are going to build a very simple application using Realm database. It is going to be an Android app. I will try to make it as simple as I can so anyone can relate to it and implement it on whatever platform they wish.

The app we are going to make just does basic database operations, this is just to give you an overview of what to expect when working with Realm. 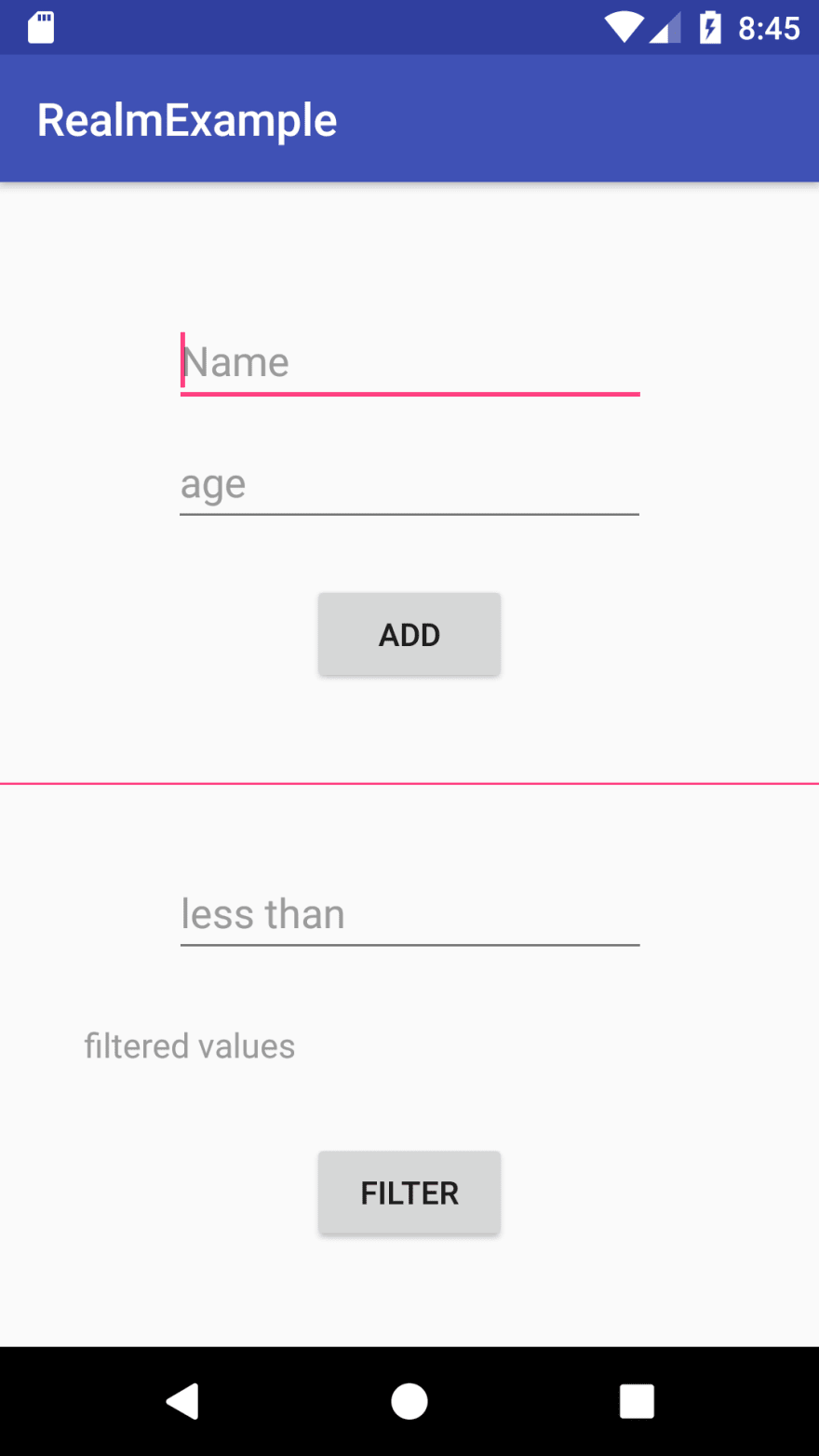 Apply the realm-android plugin to the top of the application level build.gradle file.

Define your model class by extending RealmObject. It is similar to your everyday POJO classes.

To get started, you will need to initialize Realm, this is needed just once per application, so a good place to do this is in onCreate.

So now all is set and ready. The next step is to add a new user with a name and age. They are added by clicking the 'ADD' button as shown in the diagram above. The ID's for the Edittext views name, age are name_txt and age_txt respectively, while the ID for the button is add_btn.

If you noticed, the first samples in this article used copyToRealm() to add a new Object, both methods will insert data into the database.

In the code above, we simply created a new object from the User class which extends RealmObject, we set the values and voila! we have inserted that data. I haven't hidden any extra code or class from you, that is really all it takes to perform a write operation.

So now that we can insert our lovely data, the next question is how do we get it out 🤔.
Well, if you thought the process of inserting data looked cool, wait and see how we retrieve it. Supposed you wanted to get all the users whose age was less than 45 this is how that query would look like:

Now ain't that splendid? After doing that you could loop through the realm results and get the values for example:

I have just scratched the surface, Realm can do much more than I have demonstrated, this was just meant to be an introduction. You can check the documentation for more information on queries, filtering, multi-threading, testing and much more.

You can find the full source code of the sample app above here:

A simple project demonstrating how to use Realm database for Android development.

A simple project demonstrating how to use Realm database for Android development.