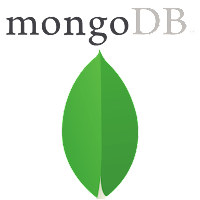 MongoDB is open-source, non-relational hence document-based database heavily used for modern day software applications. Developed by MongoDB Inc. in 2009 and released many versions and the current being 5.0.5 released on 6th December 2021.

Mongodb uses C++, Go, JavaScript, Python as its development languages. Mongodb can be used in many web applications with support of many languages mainly javascript since mongodb data models heavily use javascript to mutations of these documents and it is easy with js.

Mongodb database is famous for its high performance, availability, and scaling. Mongodb is cross-platform so developers can easily focus on developing for multiple platforms easily.

Mongodb has major types of databases we can select for our development area. They are,

For local development or for standalone applications developers can use this version of database of mongodb. We can use this version of mongodb to make to-do list and calender like apps and mobile apps for android and ios platforms.
We can use mongodb local development environment for our apps for unlimited usage and with our storage device capacity.

When our application go viral and if we had to scale up then mongodb atlas can extend the capacity on par with requirements.

Any type of above two takes the same architecture of database but different in the context of data storage methods one involves with os for storing and another uses api calls for cloud.

But each of these document contains how to uniquely identify a document (object) which is called the objectID or id which is like "_id": "5ewr3122rwer12323123" mentioned in example.

These values can take the form of strings, arrays, other objects, date objects etc.

We can version these documents according to which we can mutate after the new versions without mutating the original data models.

Hence each document can be different from earlier versions of documents and also modify to new models when using them with a orm like mongoose for nodejs development environment. Which is a way of making this dynamic structure of mongodb some schematic for our needs.

Find documents of a collection.

Save document to a collection.

Finds a document for given ObjectID and deletes it.

Finds a document for given ObjectID and updates it with given values.

Deletes the first document from the selected resultset/collection.

Opposed to relational databases the mongodb's querying takes easy approach.
And no foreign keys used for the data delete and updates so collisions handling with on-update and on-delete actions are not needed but can implement a solution by developer's side and it is possible.

And also including Mongodb Atlas database-as-a-service.

Mongodb can be seen in action on,

Once suspended, lizardkinglk will not be able to comment or publish posts until their suspension is removed.

Once unsuspended, lizardkinglk will be able to comment and publish posts again.

Once unpublished, all posts by lizardkinglk will become hidden and only accessible to themselves.

If lizardkinglk is not suspended, they can still re-publish their posts from their dashboard.

Once unpublished, this post will become invisible to the public and only accessible to sndp.

Thanks for keeping DEV Community 👩‍💻👨‍💻 safe. Here is what you can do to flag lizardkinglk:

Unflagging lizardkinglk will restore default visibility to their posts.